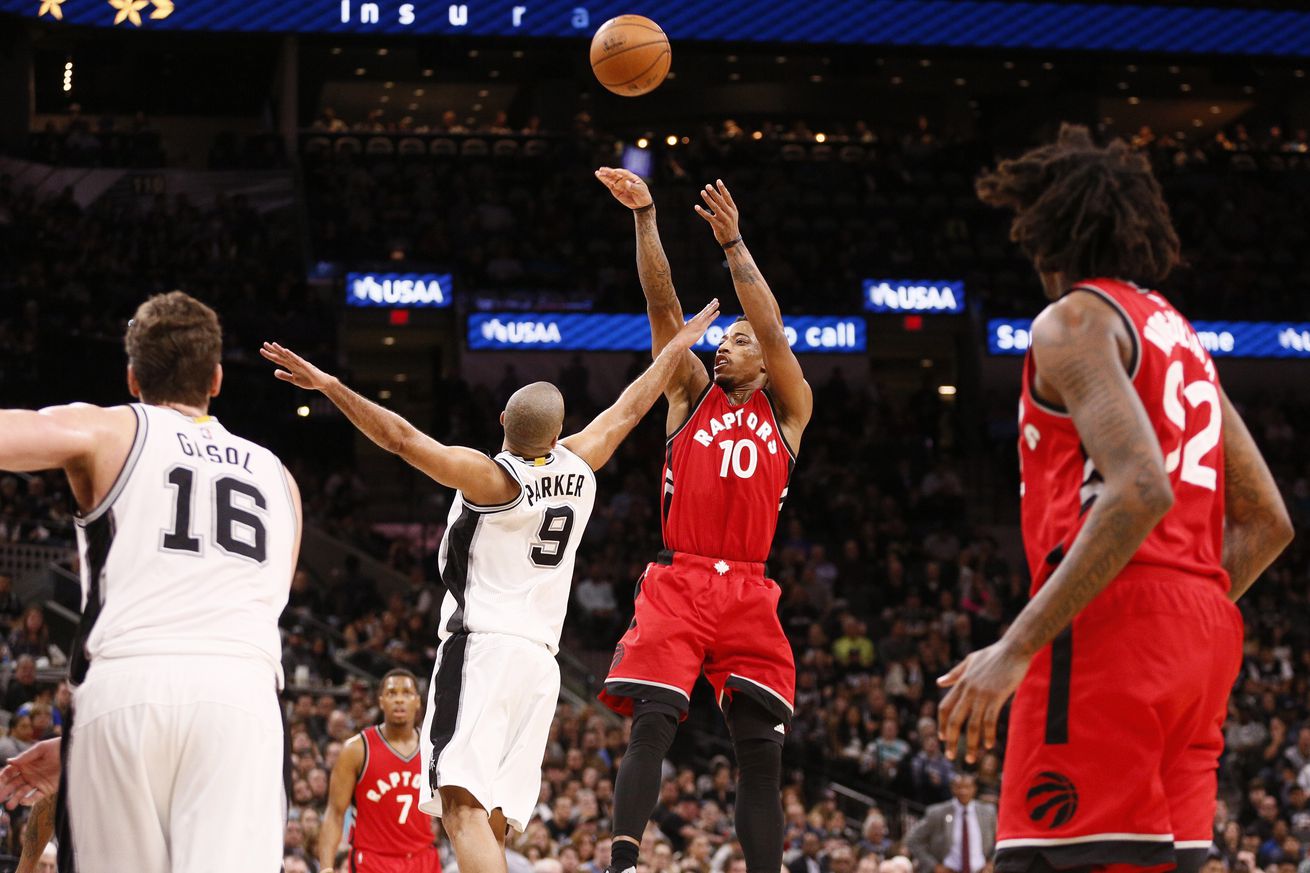 The Spurs travel to Toronto for their fourth game in six nights.

Tucked away in Canada is the league’s best offense that doesn’t have Kevin Durant, Steph Curry, Klay Thompson and Draymond Green on the roster.

Toronto is scoring 112.3 points per 100 possessions, improving upon last season’s fifth-ranked finish by an additional five points. If you don’t speak basketball nerd, that is very, very good.

The Raptors don’t have the benefit of two former MVPs, nor do they have the ability to lean on a pick-and-roll maestro like James Harden to generate their entire offense. Instead, the Raptors have the next best thing — two potent All-Stars in DeMar DeRozan (who will miss Tuesday’s game with an ankle injury) and Kyle Lowry. When those two share the floor, Toronto is beating its opponents by 8.3 points per 100 possessions, a clip good enough to put them third in the league.

The Raptors will miss DeRozan tonight, but the numbers show they’re fine as long as they’ve got their other leader on the floor.

Perhaps one of the most underrated point guards in the league, Lowry has once again put together another impressive first half of the season, averaging 22.1 points, 7.0 assists and 4.8 rebounds. He’s the backbone of this Raptors offense, even if his usage rate doesn’t reflect that notion. Without Lowry on the court, Toronto’s offense plummets to 104.1 points per 100 possessions — Chicago Bulls territory. That amounts to a 11-point gap when Lowry steps on the floor, whereas the Raptors offense has actually been better when DeRozan hits the bench. Quite simply, Lowry’s game is more pliable and works with different teammates and lineup constructions.