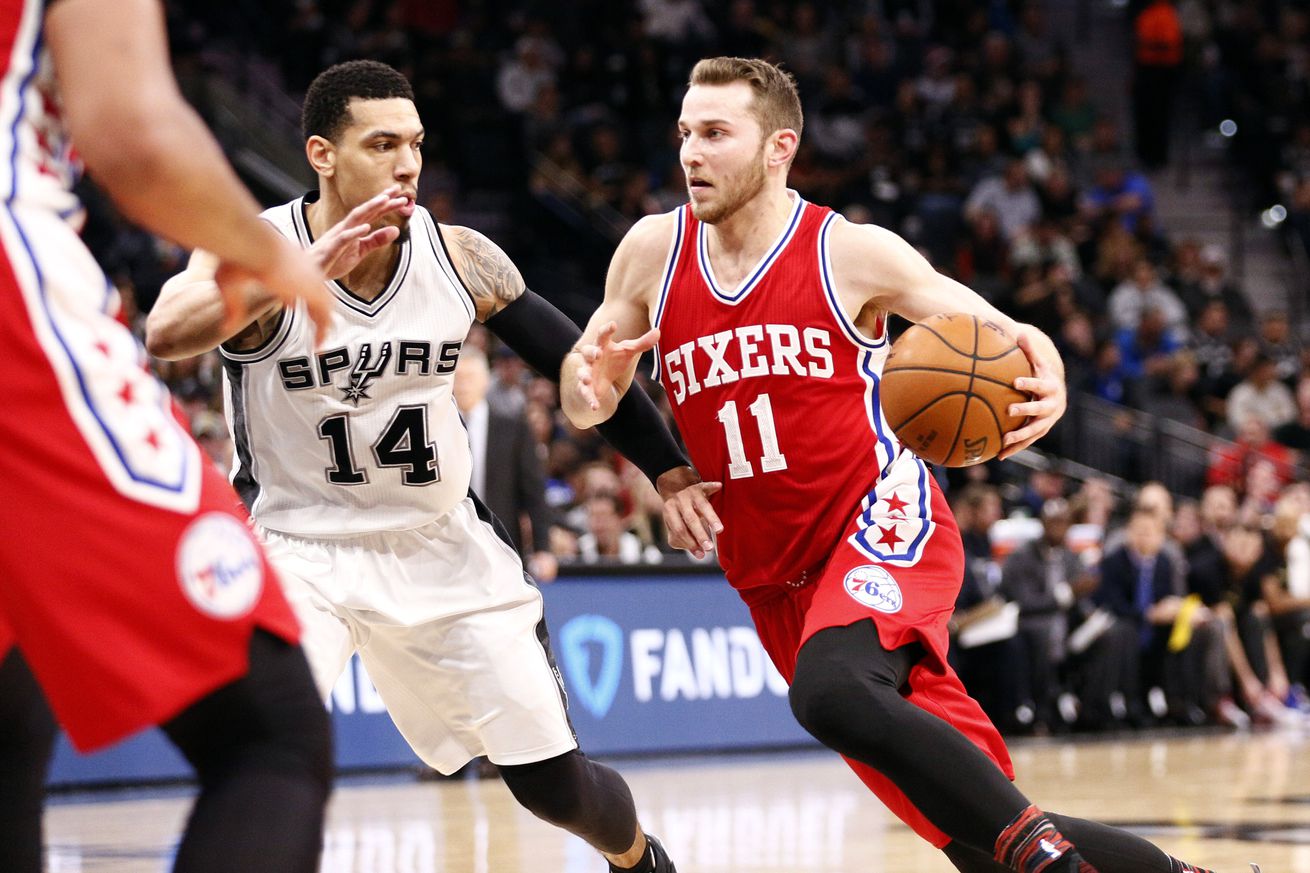 The second stop in this year’s Rodeo Road Trip is Philadelphia.

The Spurs’ annual Rodeo Road Trip got off to a bit of a bumpy start Monday night. A Kawhi Leonard-less San Antonio team lost by 15 points and its 27-game streak with 100+ points was snapped in the process.

The good news? San Antonio, still a top-five offensive unit after its stinker, can’t possibly play worse on the offensive side of the ball.

The second stop on the 2017 Rodeo Road Trip should be a easier test, especially if Joel Embiid misses his fifth consecutive game with a knee injury. If Embiid is sidelined, a cursory glance at the team’s on/off court numbers reveals a glaring truth: Philadelphia is not good without its star rookie. The 76ers allow 108.9 points per 100 possessions (a top-10 offensive mark) when Embiid is off the court and the offense tanks entirely, with 97.7 points per 100 possessions (would be 30th). 76ers coach Brett Brown said he is “not sure” if Embiid will suit up for tonight’s game.

Embiid’s status will likely determine whether the game is contested or not. Almost a week ago, with Embiid and Nerlens Noel out, San Antonio won at home by a comfortable 16-point margin. Both teams were without its entire starting front-court in the win. Noel and LaMarcus Aldridge — inactives for last week’s game — will be in action for tonight’s matchup.

Aside from Embiid, averaging 28.7 points, 11.1 rebounds, 3.5 blocks and 3.0 assists per 36 minutes in his rookie season, Philadelphia relies on players at the fringes of the NBA hierarchy. Ersan Illyasova, second in scoring, has played with four teams in the last three seasons. Jahlil Okafor, the third overall pick in the 2015 draft, is relegated to the bench this season along with a frequent spot in the NBA trade rumor mill. Robert Covington was an undrafted free agent that latched on to the team in 2014 during its tank-tastic years. Dario Saric was a highly touted European prospect now playing in his first NBA season. More than two-thirds of the roster is under 26 years old.

This is a young team that remains far away from serious playoff contention. Embiid already looks the part of a superstar; Ben Simmons might join him in that stratosphere in the near future. There’s enough pieces in place — after several years of bottoming out and retooling the roster — to believe in a future for this team.

But that future is not now. It’s still the Spurs’ time.