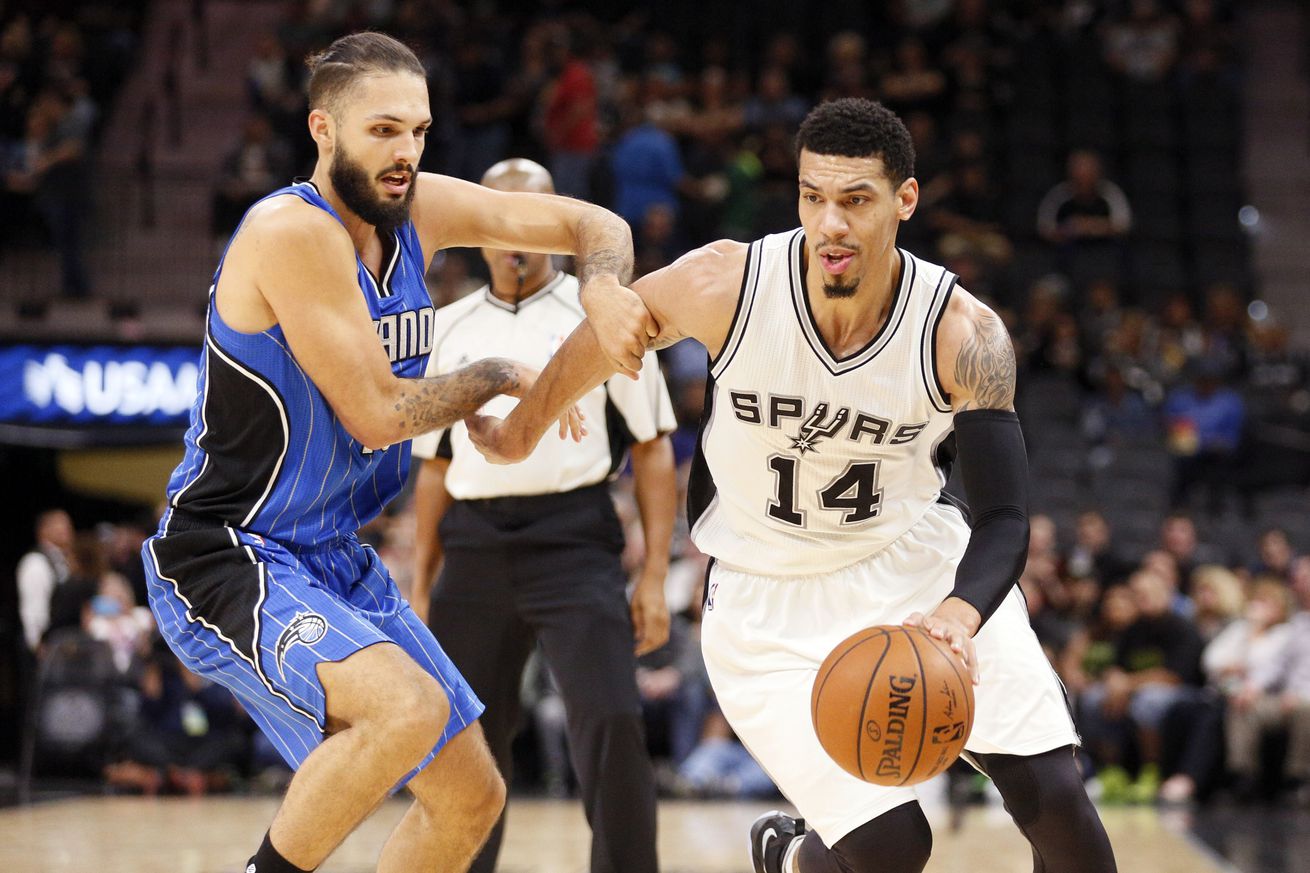 Playing their fourth game in six nights, the Spurs head to Orlando to face the Magic.

Orlando is in a state of free-fall right now — which is almost impressive for a franchise that hasn’t won more than 35 games in a season since Dwight Howard left for Los Angeles in 2012.

Five years later, the franchise is still a mess. The venerable Stan Van Gundy is also gone, prying open a revolving door of prospective coaches hoping to take the Magic out of the NBA doldrums and back to its height of success, culminating with Finals appearances in 1995 and 2009. It hasn’t worked thus far.

There’s been four coaches (Jacque Vaughn, James Borrego, Scott Skiles and now Frank Vogel) in five seasons since Van Gundy left the franchise. None — and Vogel, in his first season, still has time — have made a dent in a franchise stuck near the bottom of the standings. Only the Nets (9-46), Suns (17-39) and Lakers (19-37) have a worse record than Orlando heading into the All-Star break.

Losing a superstar of Howard’s caliber hastens the rebuilding project, likely necessitating a full-scale teardown. The results — with Victor Oladipo (traded), Mario Hezonji and Aaron Gordon to show for its efforts in the draft — have sent the Magic into another tailspin.

Last season, with another lost year in the books, Orlando traded Tobias Harris, a versatile forward, to Detroit for Brandon Jennings and Ersan Ilyasova. They facilitated another trade at last year’s trade deadline, flipping Channing Frye to Cleveland for a second-round pick in 2020.

The reasoning: Eliminate long-term commitments. Orlando could generate as much as $45 million in cap space if they eliminated cap holds for Ilyasova, Jennings, Dewayne Dedmon, Andrew Nicholson and Jason Smith, presenting the much-maligned franchise to cash in on last offseason’s cap spike and subsequent free agency bonanza. (Losing Dedmon to the Spurs for cheap has proved to be a mistake, with the benefit of hindsight.)

Orlando’s first foray with its newfound cap space occurred in a draft day trade that sent Oladipo, second on the team in scoring, Ilyasova and a 2016 first-round pick for Serge Ibaka, who had just one year left on his contract. The Magic had no reassurance that Ibaka would even be interested in re-signing a long-term deal, but they took the plunge anyway.

Ibaka was supposed to supplement a frontcourt, including Aaron Gordon and Nikola Vucevic. Then Orlando signed Jeff Green to a one-year deal worth $15 million and Bismack Biyombo to a four-year, $72 million deal in free agency.

Eight months later, after a fruitless transition period, the Magic abandoned ship. Ibaka will now play for the Toronto Raptors, as the centerpiece of a trade Tuesday afternoon that sends Terrence Ross and a 2017 first-round pick back to Orlando.

In summation, Orlando received Ross and a draft pick for trading Ibaka, Oladipo, Domantas Sabonis (the 13th pick in last year’s draft), Harris and Moe Harkless. Eleven of the 17 players that donned a uniform for the 2015-16 Magic were either out of the league entirely or playing with a different team. Welp.

What’s left is another roster bare of cohesion, without much consideration of roster construction, and lacking top NBA talent.

Vucevic is one of 12 players this season averaging a double-double in points and rebounds. Evan Fournier is fine — in fact, he leads the team in scoring. Elfrid Payton can’t shoot worth a lick, but he’s a bulldog-type player that can knife his way to the rim. Already one of the most prolific dunkers in the league, Gordon could stretch the tantalizing limits of his game with more NBA seasoning. Green is a shell of his former self. Biyombo has been a fantastic flop this season; he’s averaging 9.4 points per 36 minutes and opponents are outscoring the Magic by 8.3 points per 100 possessions when he’s on the floor.

Howard left the franchise as a serious work-in-progress.

The Magic front office in turn stumbled during each step of the rebuilding process, leaving the franchise in a constant state of disarray.

Ibaka, averaging 15.1 points, 6.8 rebounds and 1.6 blocks this season, leaves about 31 minutes per game unaccounted for in the Magic rotation. He’s still a productive player and Orlando fared much better when he was on the floor this year.

That’s the downside, but the upside means Vogel can rejigger the rotation to highlight Gordon and Mario Hezonja, who has been banished to the abyss of a crowded rotation. This trade alleviates the logjam a bit and, most importantly, allows Gordon to play more often at power foward. Gordon doesn’t have a reliable perimeter shot yet, cramping the spacing of any five-man lineup combination that features him at small forward.

He’s played 93 percent of his minutes at small forward this season according to Basketball Reference, because Vogel needed to cram Gordon in the starting lineup alongisde Ibaka and Vucevic. The lineup didn’t work, hemorrhaging an untenable 109.2 points per 100 possessions.

If anything, the trade did solve a short-term need for the Magic. Orlando is a team bereft of 3-point shooters, so Ross’ addition to the rotation should coax extra spacing in bench lineups.

The return for Ibaka is modest at best, but at least it solved something.