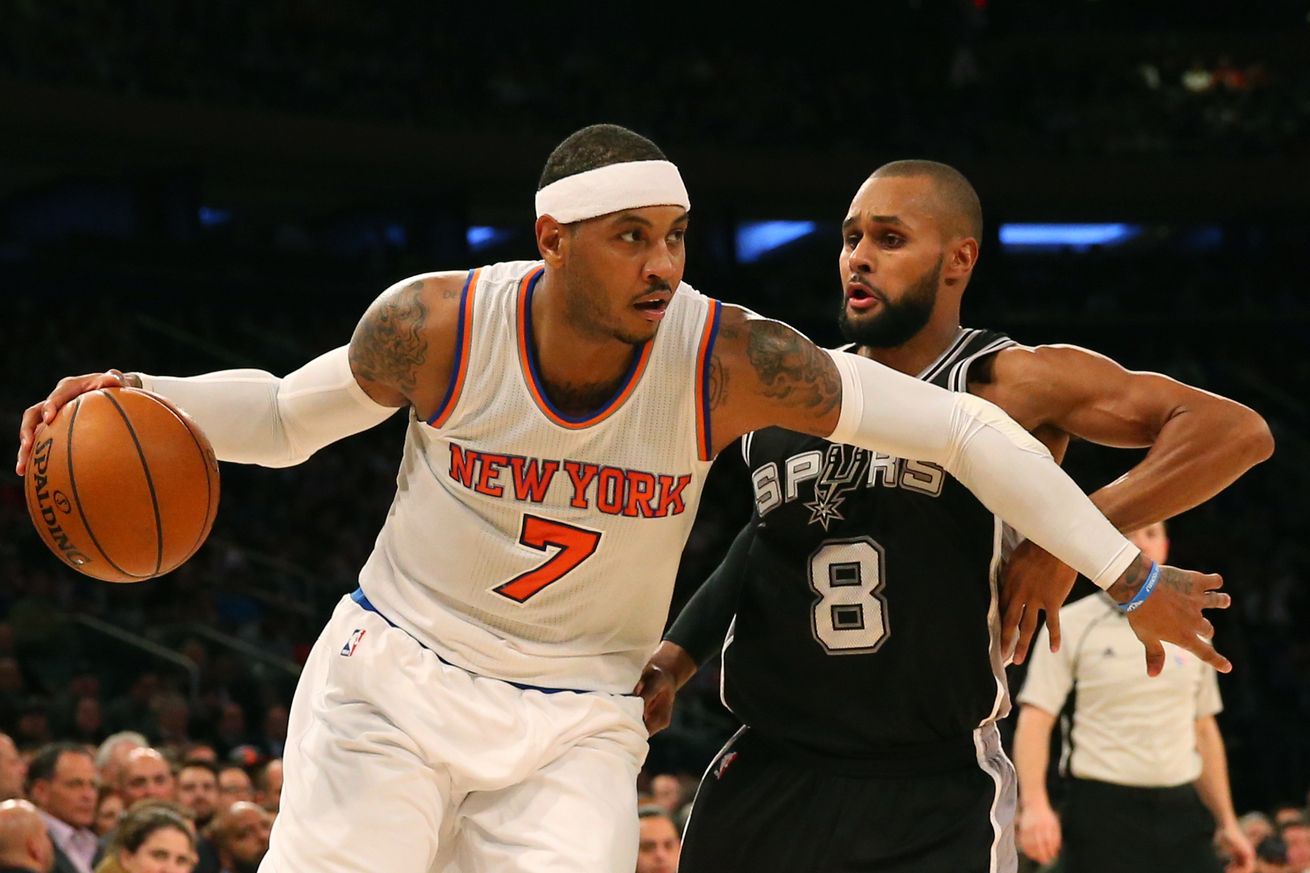 The Spurs look to improve to 3-1 on the RRT as they face the Knicks in New York, where things are just fine.

The Knicks organization has been in the news a lot this season, mostly for the wrong reasons. Derrick Rose went AWOL in January, Carmelo Anthony has been floated in a handful of trade rumors, and GM Phil Jackson has said all the wrong things about pretty much everything. The most recent lowlight came earlier this week when franchise favorite Charles Oakley was involved in an altercation with owner James Dolan, leading to the former player’s removal from the arena and subsequent lifetime ban from Madison Square Garden.

Meanwhile, the team has lost four in a row (all at MSG) and continues to fall further out of the playoff picture in the east, showing little interest in playing defense and a lack of chemistry on offense.

That’s good news for the Spurs, who will want to improve to 3-1 on the Rodeo Road Trip and hopefully conserve a bit of energy in this matinee matchup, given they’re playing in Indiana tomorrow night against a Pacers team that has been very good at home. As has been evident this season, anything can happen, but you have to like San Antonio’s chances to escape from New York with the W.

That other good Latvian player

The term ‘unicorn’ is played out, but Kristaps Porzingis is definitely deserving of the attention he’s received as a new type of center. His first game against the Spurs was one of his coming-out parties as a rookie, thanks to plays like this:

Porzingis isn’t crashing the offensive glass with the same reckless abandon as he did in the first few months of his career, but he is getting more efficient with his scoring and his length can really complicate things around the basket. It’s time for the franchise to be handed over to him.

On and off the floor, it’ll be interesting to see if there’s much interaction between him and fellow countryman Davis Bertans.

Always a fun matchup, even with all the turmoil in New York. Anthony’s actually stepped up his game amid all the trade rumors, and he’s averaging 31 points over his last 12 games. Meanwhile, Leonard continues to play terrific, MVP-caliber basketball and could be in for another 30+ point performance (he’s up to 17 on the year) against a lackluster Knicks defense.

I don’t think there’s any bad blood between Lee and the Knicks, but he has been especially good against former teams this year, averaging over 12 points over six games. We’ll see if he brings anything extra for this one.