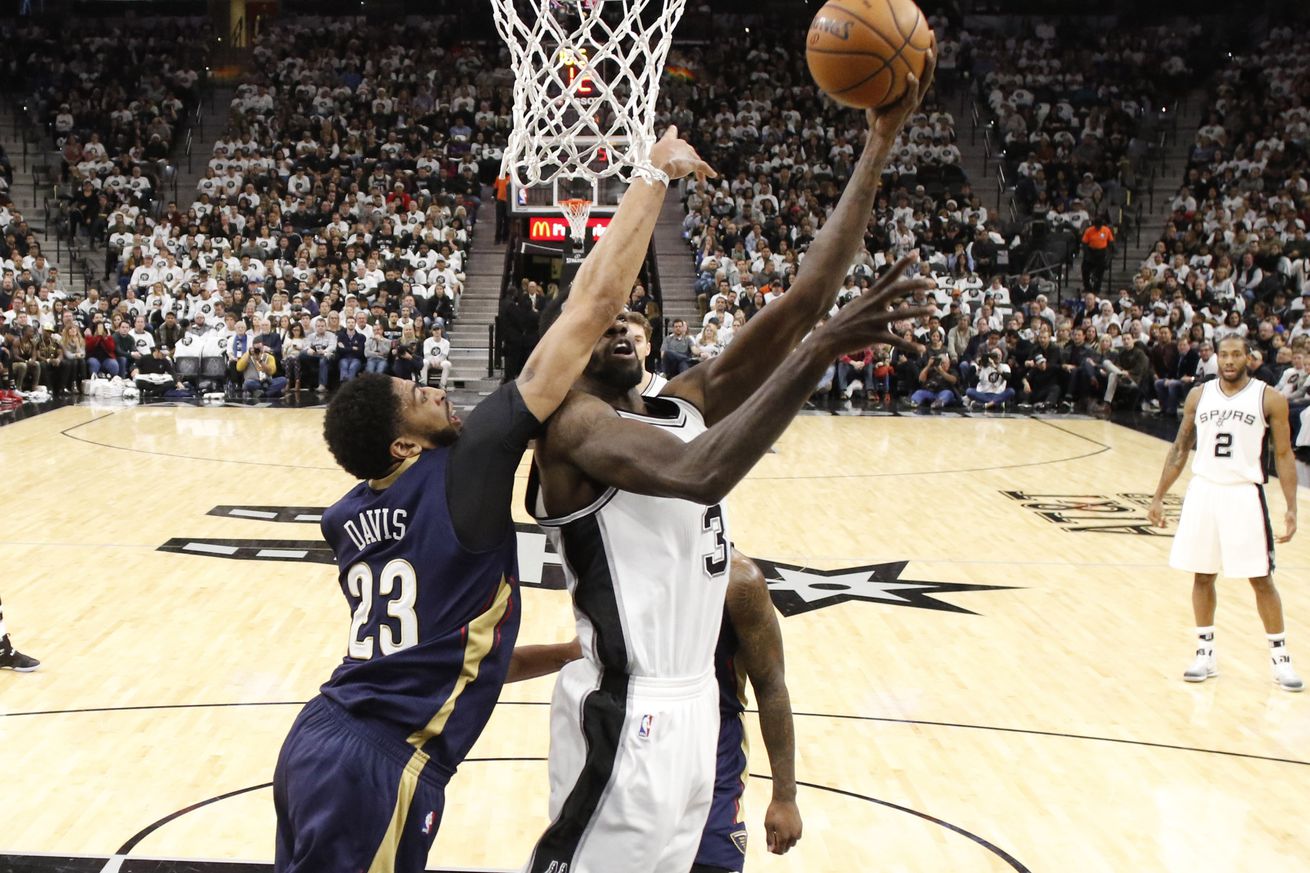 The Spurs will look for a strong finish to their four-game road trip with a win in the Big Easy.

The last time the Spurs and Pelicans played, San Antonio was preparing to hoist the Number 21 jersey into the rafters of the AT&T Center. The Good Guys took that mid-December game, 113-100, and has, since that date, owned the league’s best net rating at 13.7.

Injuries and tactical changes will make this game look fairly different from that one, and the Spurs will need to lean on their depth and road resilience once again if they’re to go a perfect 4-0 on this road trip.

Leonard’s missed the last two games, but a return to practice suggests he’s ready to suit up once again. The Klaw’s been on the best scoring stretch of his career, netting 30 or more in six straight games, including a career-high 41 against the Cavaliers last weekend. The Express-News’ Jeff McDonald tweeted that Tony Parker is making the trip to the Big Easy and could also be back.

Davis left the game against OKC with a thigh bruise and was listed as probable to play in this one. New Orleans was able to beat the suddenly-reeling Cavaliers without their superstar big man, but they’ll obviously benefit from having him back in the lineup, provided he’s not too hobbled.

Nothing against Alexis Ajinca or Omer Asik, but the Pelicans’ old two-big lineups weren’t working, and moving Anthony Davis to the five has resulted in NO owning one of the league’s best defenses since December. That, combined with the acquisition of former Rockets big Donatas Motiejunas, will make this team look pretty different than the one the Spurs faced last month.

For the Pelicans fans’ perspective, visit The Bird Writes.