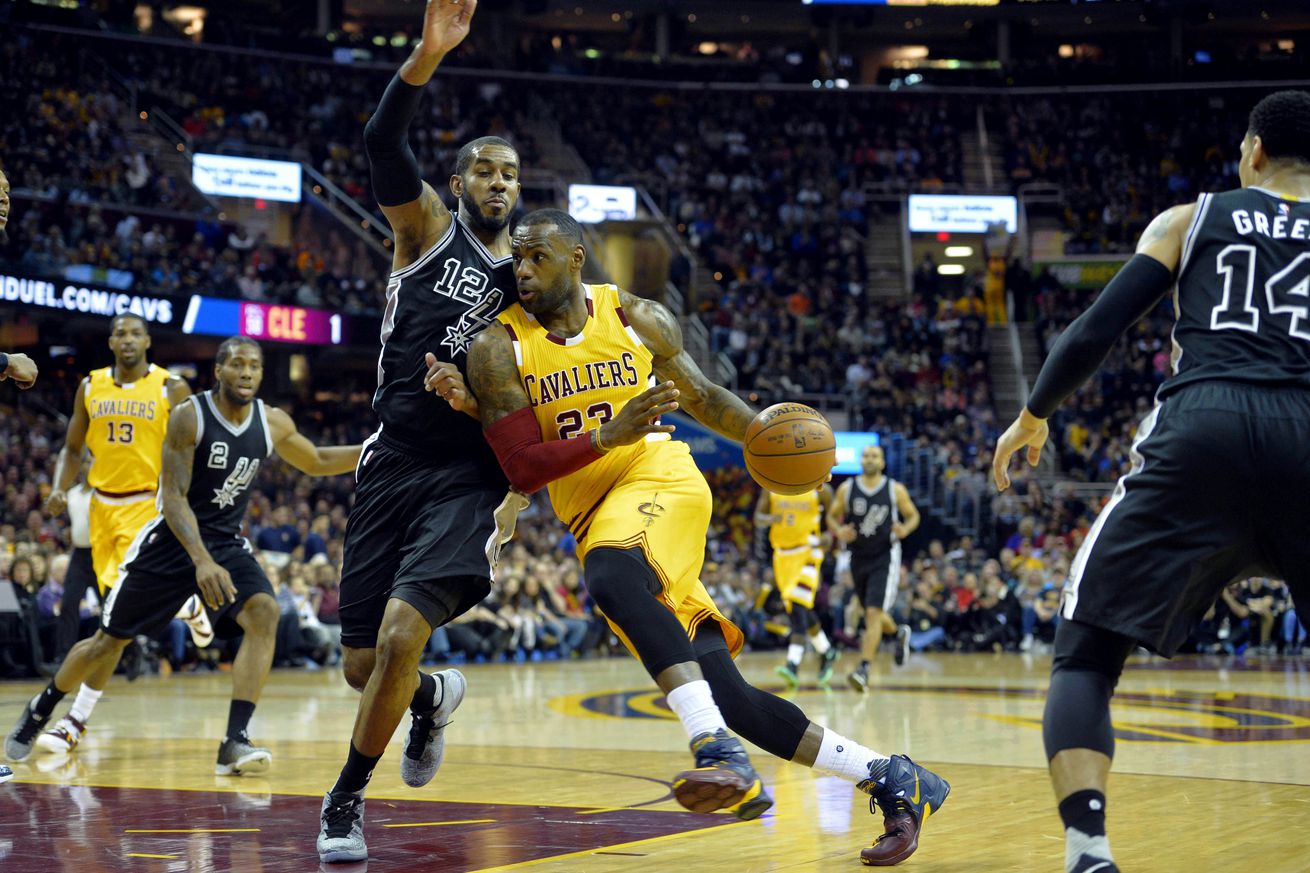 The Spurs and defending champion Cavs meet for the first time this season.

The first Saturday night ABC game of the season is a doozy. It pits Kawhi Leonard, averaging 33.4 points and 63.6 percent shooting in his past five games, against LeBron James, this generation’s best basketball player by a mile.

This has all the makings of a Finals preview, if the basketball team that blew a 3-1 lead in the Finals last year somehow fails to meet its lofty expectations.

Cleveland has to find itself first. They’ve lost four of the last 10 games, including a 35-point loss to the Golden State Warriors. A pair of losses to Utah and Portland were included in the mini slide that occurred almost exclusively during the Cavs’ six-game road trip.

The defense, which ranked 10th in defensive efficiency, has slipped towards the league average this season. Opponents are scoring a toasty 109.7 points per 100 possessions, a top-five mark, when Tristan Thompson is off the court this season.

But, breaking news, LeBron is still terrifying and his presence guarantees a top-five offense. That much is true, including this season. The Cavs’ 109.2 offensive rating places them tied for fifth in the league, behind Golden State, Toronto, Houston and San Antonio.

There’s reason to believe that Cleveland is still well away from its peak performance and the defensive rating will creep up when its a necessity to play defense. This is an experienced team that understands the grind of the regular season. That time will come in mid-April and through June.

Right now, Cleveland is content to coast on auto-pilot. Besides, that’s still good enough to hold the league’s fourth-best record and the top seed in the Eastern Conference.