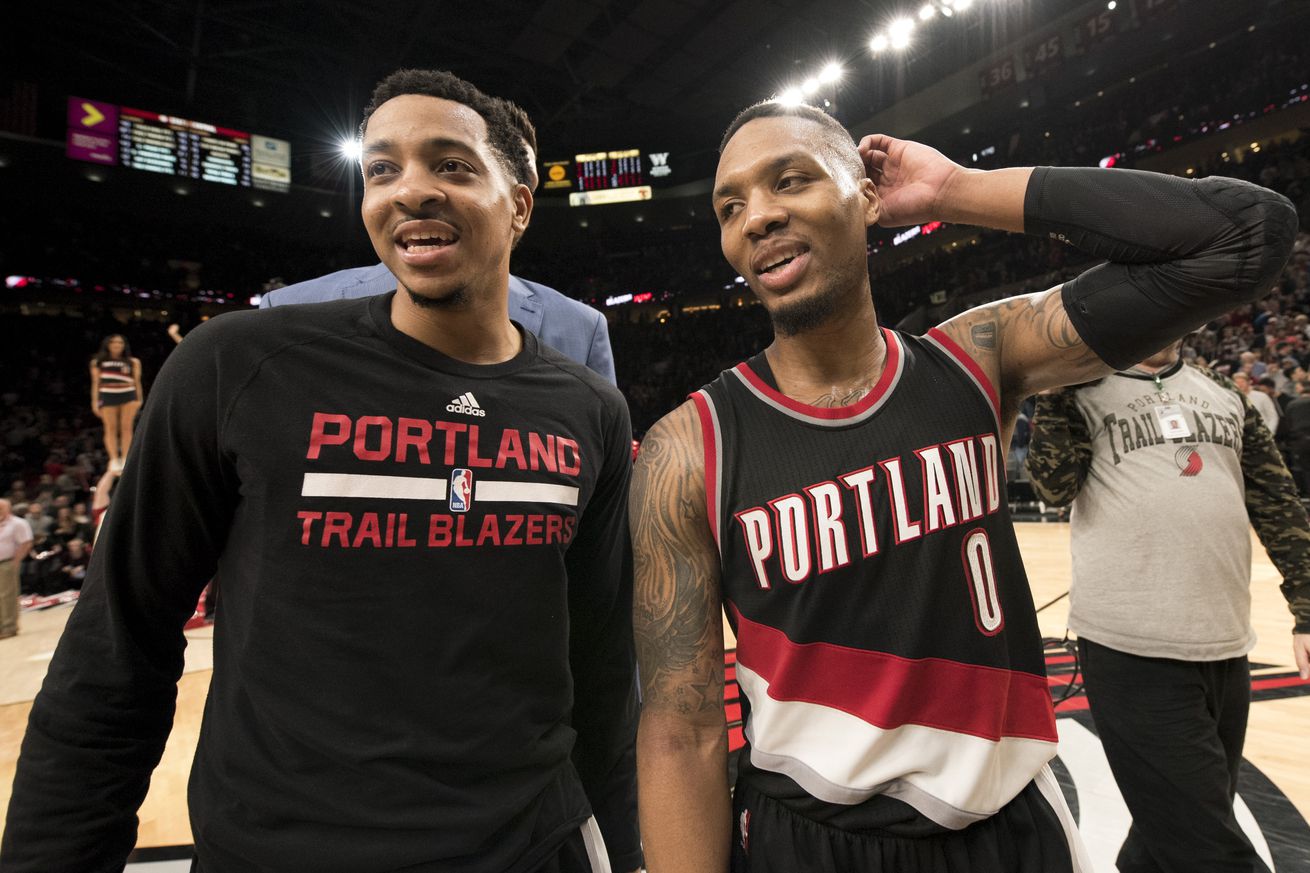 As the playoffs inch closer, two teams with spots locked up meet one last time in the Pacific Northwest.

We’re nearly there, I promise.

If you’ve managed to holster your hot takes through the loss to a tanking Lakers squad, the Definitive Bryn Forbes Game, and another no-show outing versus the Clippers, you’d be best advised to wait a little bit longer. The 2017 NBA Playoffs are right around the corner.

With two games left in the regular season and the two seed long-secured, the Spurs head into Portland to take on the surging Blazers, who have this shot by Russell Westbrook to thank for locking up a playoff berth last night:

That buzzer-beater took a giant sledgehammer to all the innocent, nuance-laden MVP debates we’d been having up until now, while simultaneously lowering the stakes for tonight’s game in Portland. But read on for (at least!) three reasons you should put the kettle on and still stay up to catch tonight’s late tip.

Tonight’s game might be short on postseason-level drama, but we could see a bit more fun tinkering from Pop. Against the Clippers, we were treated to a couple of oddities to geek out about: Point Slow Mo and Davis Bertans at the 3.

Going by the final score, neither was particularly impactful in the end, but both are intriguing for their own reasons. Kyle Anderson playing spot minutes at the one is a potential lineup answer to the Tony Parker worries and offers some compelling defensive/rebounding upside, while Davis Bertans has been playing almost exclusively at the power forward spot, but that’s somewhat limiting given his defensive limitations. The ability to fill in at the three (depending on the matchup) will be important in his long-term potential.

Danny should be back

The Spurs’ shooting guard (quad) is expected to return to the lineup tonight:

Looks like Danny Green is ready to go Monday vs Portland.

The Spurs are listing Dejounte Murray as the only player OUT on injury report.

Verde’s missed the last three games, so a bit of run before the playoffs start should only help the guy. The Spurs will really benefit from the scoring punch he can provide in what will hopefully be a deep playoff run.

Never too late for Dame O’Clock

Last month’s Western Conference Player of the Month has been a crucial part of the Blazers’ playoff push. Lillard hung 59 on the Jazz last week, and nothing tonight would surprise me from the guy, even with a first-round rematch with Golden State already a foregone conclusion.