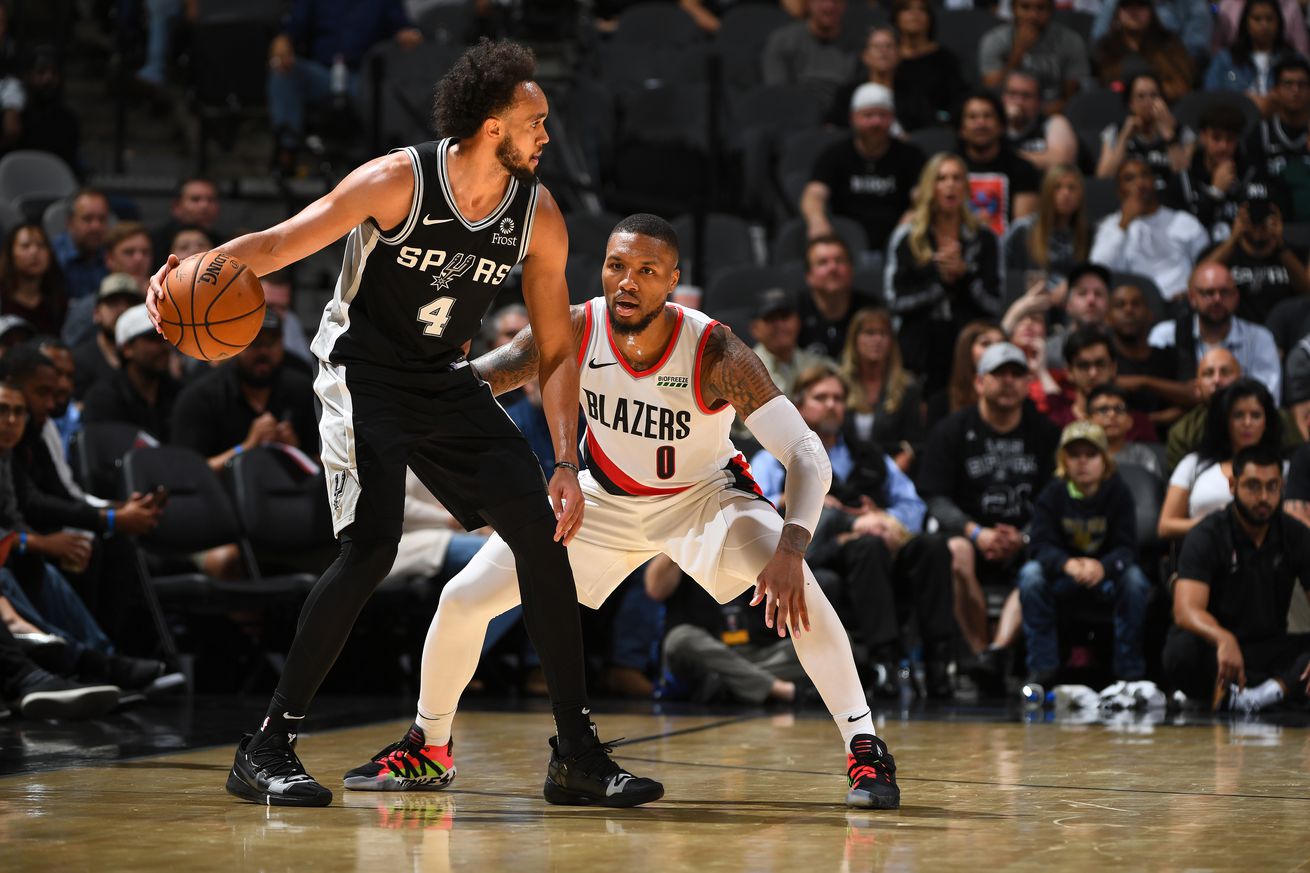 Hopefully a quick trip home will help the Spurs end their four-game skid.

The Trail Blazers, much like the Spurs, have had their fair share of troubles to start the season. After making it to the Western Conference Finals last season, they’re sitting at 4-8 on the season. While Damian Lillard has balled out so far (averaging a career-best 30.5 ppg, 48/38/91), Portland has struggled to find consistency among the rest of its roster. They rank just 15th in ORtg a year after finishing with the 3rd best in the entire league, while the defense has been just almost as poor as that of the Spurs.

San Antonio has seen Portland already this season, a 113-110 win that came down to the wire after the Spurs blew a 19-point lead with less than 6 minutes to play largely due to the heroics of Lillard. Dame scored 18 straight points in the final 4 minutes of that game after scoring just 10 on 3/16 shooting through the previous 3 and a half quarters. The Spurs will look to frustrate him once again tonight in search of another victory.

Carmelo Anthony is now a member of the Portland Trail Blazers

After spending the last year watching from home, future Hall of Fame forward Carmelo Anthony came to an agreement with Portland on a non-guaranteed deal. Much has been made of Anthony’s absence from the league over the last year after being cut by the Houston Rockets last season after just 13 games. Many of his buddies around the league wondered aloud how Melo was not on a roster.

Riddled with injuries and in the midst of a poor start to a season with high expectations, the Blazers decided to take a chance on the 35-year old forward. Dave Deckard and Steve Dewald of Blazer’s Edge shared their biggest concerns about the Melo signing:

Steve: Melo was already a step slow during his last two stops, and a full year away from the court won’t remedy that. Even with Melo in the fold, the Blazers are incredibly thin in the post. Another spotty defender on the perimeter will apply even more pressure on Hassan Whiteside at the rim, opening the door for more foul trouble.

Dave: He’s Carmelo. This probably isn’t going to work. Over-dribbling and under-defending aren’t exactly a recipe for success, let alone in efficiency-conscious Portland. But my biggest concern is what happens after it fails? The season is already rocky. That’s why they’re taking this big swing. If it’s a swing and a miss, and there’s no other swing behind it, what does that do to morale for the rest of the year? Maybe Jusuf Nurkic can return and give his teammates new life, but it’s hard to avoid the perception that he’s returning to a season that’s already fizzled.

According to Sean Elliott, Melo won’t be playing on Saturday versus the Spurs.

Slow starts have been a hallmark of the Spurs so far to start the season, leading them to a measly 5-7 record that could have been different had they not dug so many early holes. (Although last night’s loss to the Magic featured a strong start but a blown 16-point lead.) We’ve speculated on this site (as many have) about what they can do to avoid them, including everything from the possible need to shake up their starting line-up to just letting them find their rhythm together and allowing them time to figure it out.

In their previous win against Portland, the issues that have plagued the Spurs in the first quarters of games was on full display. They went into the 2nd quarter of that game down 33-19 even with Lillard having a subpar start to the evening. Though he is coming off a game where he went just 2/12, it is unwise to bank on him being that off two games in a row, especially if Dejounte Murray misses this SEGABABA as part of his early season rest plan.

Lillard was only able to get one shot attempt off against Murray in their first match-up and with the defense struggling the way it has to start the season, the Spurs will need to put up points with some consistency throughout the game to hold off Portland and come away with a victory.