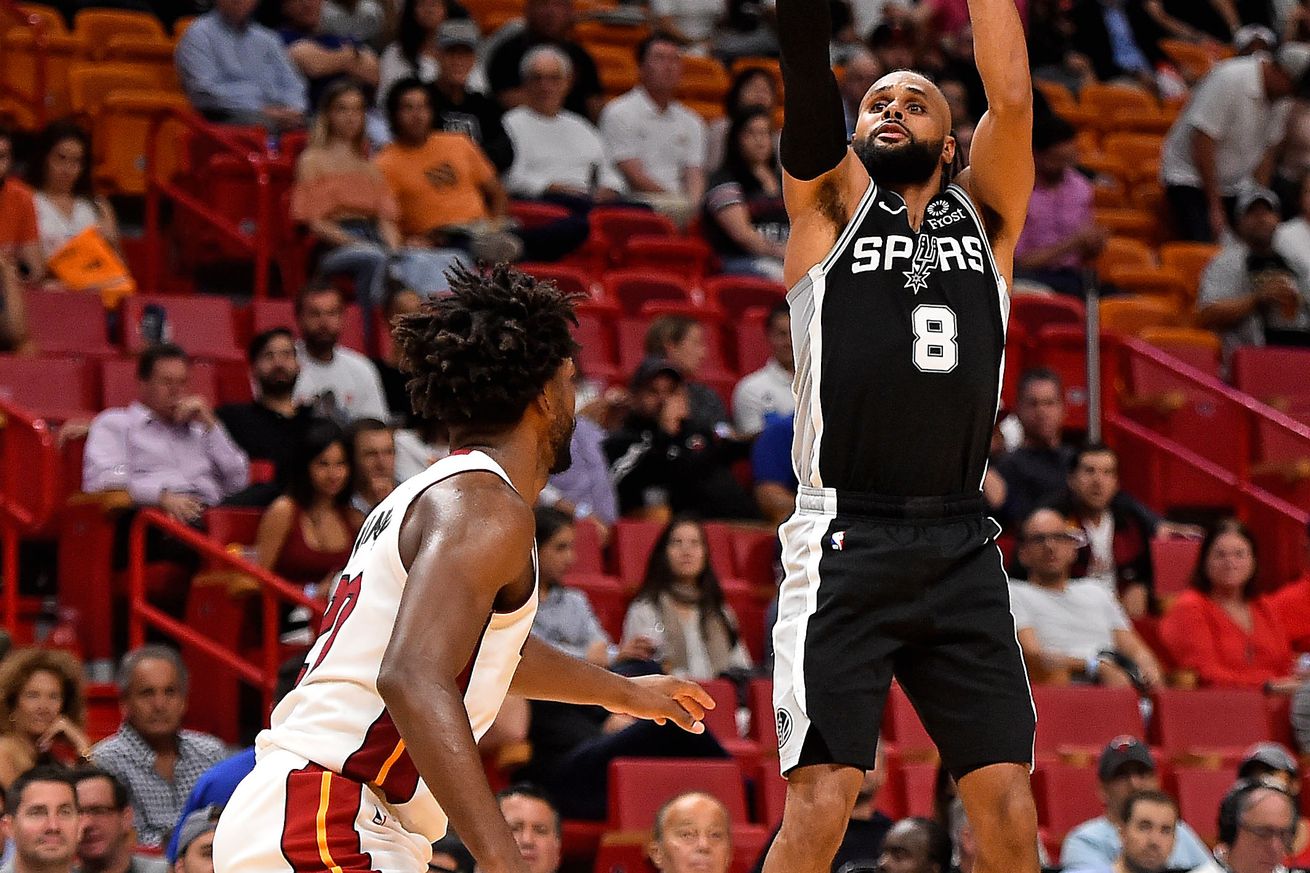 San Antonio seeks their 10th straight win, facing the visiting Miami Heat who enter the AT&T Center fresh off a 116-107 road upset of the Westbrook-less Thunder. Defense once again paved the way as the Spurs defeated the defending NBA Champion Warriors 111-105 on Monday night. Led by DeMar DeRozan’s near triple-double (26/9/8) and LaMarcus Aldridge’s 23 points on 8 of 12 shooting, San Antonio held Golden State to 33% from behind the arc and just 16 points off the fast break. Completing the last of four consecutive home games before tough weekend road matchups against the Rockets and Celtics, the Spurs seek to even the season series against the Heat after falling 95-88 in Miami this past November.

After winning 7 of their last 10 games, Miami sits precipitously in the 8th slot of the Eastern Conference, 1 ½ games in front of the Orlando Magic and 1 back of the Brooklyn Nets.

While the Western Conference playoff teams appear set with 9th place Sacramento trailing the 8th place Clippers by 6 games, the seeding is anything but. Monday’s win over the Warriors coupled with the Thunders loss to the Heat netted the Spurs the immediate 5th seed. However, expect frequent adjustments to the compacted standings below with 11 games remaining.

Miami nets a positive scoring differential of a mere .2 points per game. Their offensive output of 105.9 ppg ranks 25th in the league, the worst of any team currently in the playoffs. However, their 3rd ranked defense allows only 105.7 ppg. Like the Spurs, the Heat have been hot in March posting the league’s third-best net rating for the month behind only the Spurs and Rockets, mostly on the strength of a league-leading defensive rating.

Stability, cohesiveness, consistency, chemistry — San Antonio hasn’t possessed all these elements since Game 2 of the 2017 Western Conference Semi-Finals­­­ — until now. Finally, health, familiarity, roles, rotations, positions, and playing time appear in sync providing the platform for the Spurs to play at, and above, their potential.

The 88 points scored by the Spurs in November’s game was their third lowest output of the season. Aldridge hit only 2 of 16 shoots to finish with 16 as the team shot 40% from three but a mere 33% overall. Whiteside ate up the post with 29 points and 20 boards as Miami outscored San Antonio 46 to 24 in the paint alone.

White played 16 minutes in Miami, scoring zero points while dishing 3 assists. How his offensive game now fares against one the few defensively focused teams in the NBA will keenly influence the game’s flow and outcome.