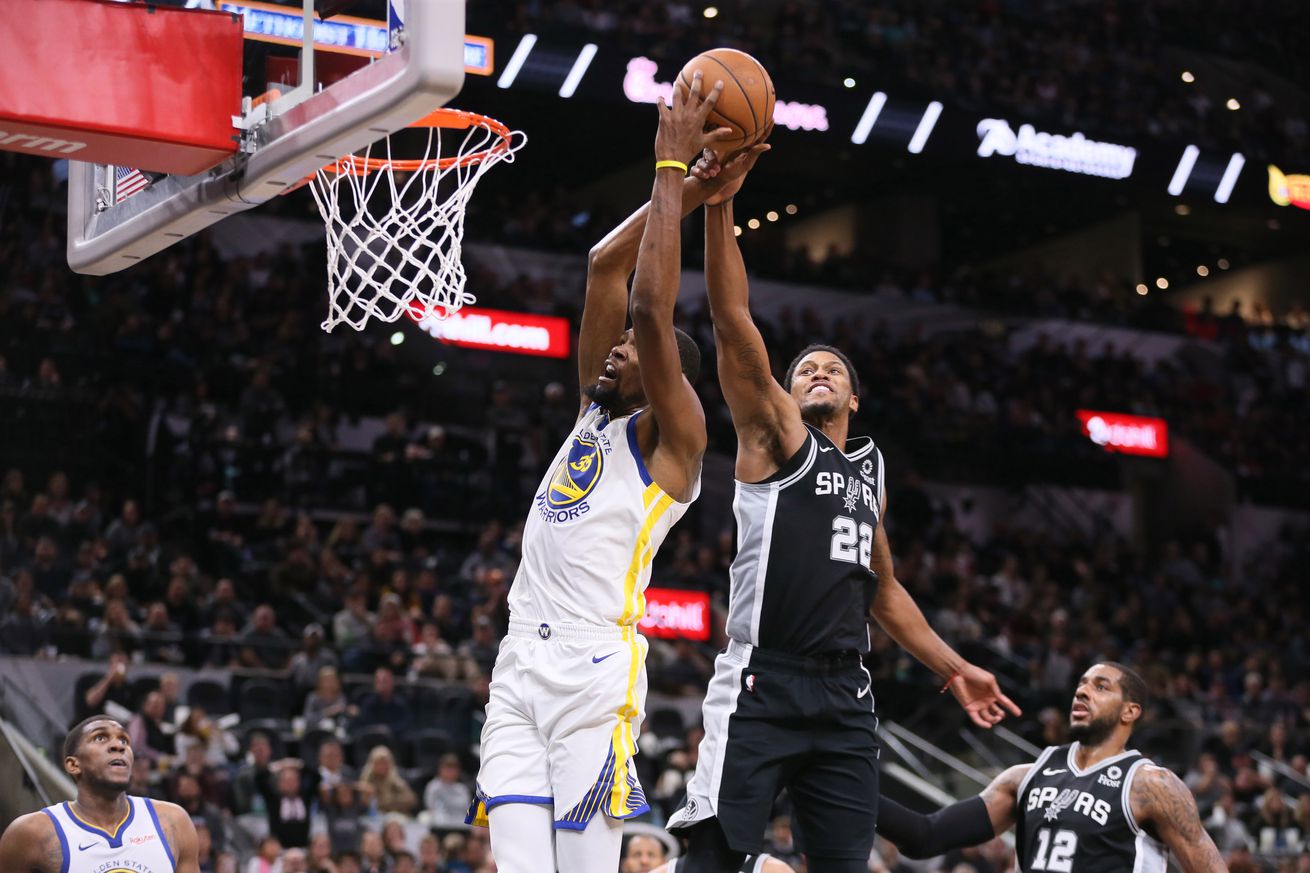 The champs are in town to see what they can make of the suddenly very feisty San Antonio Spurs.

The luster of this match-up has sort of been dimmed by the injury report, but it’s still pretty exciting whenever the Golden State Warriors roll into town. How could it not be? Even with two of their starters out, this lineup can still pack quite a bit of punch from both a talent and star power stand point. It’s never a bad time for our guys to get an opportunity to chase Steph Curry and Klay Thompson around the court, and that’s exactly what they’ll get tonight.

The last time these two met up in Oakland, a shorthanded Spurs team got absolutely blown off the court by a fully armed and operation battle station wearing Warriors uniforms. It was not exactly a fair fight. However, it’s easy to forget that before things got too out of hand, the threadbare lineup the Spurs trotted out did manage to hang with them for almost an entire half. That’s not nothing!

The stakes of this game aren’t particularly high, but the Spurs are still fighting for playoff seeding, and they happen to be the proud owners of a shiny little 8 game winning streak. Who better to put that streak to the test against than the defending champions?

After a bizarre home loss to the Suns a week ago, the Warriors proceeded to go out and reel off two very impressive wins against the Rockets and the Thunder — which merely got them to 5-5 over their last ten games but still holding the top seed in the West. At full strength, they remain capable of torching pretty much any collection of basketball players that comes out against them, and there’s not really too much more to say about it.

They are also prone to randomly no-showing in games that don’t seem to interest them very much. With all the eclectic personalities, it’s borderline impossible to keep up with all the many different story lines coursing through this particular locker room at any given moment, but it’s equally impossible not to expect them to flip the switch when they care or when things really start mattering.

Who knows what we should expect out of the lineup coming out tonight? It’s equally likely that Steph and Klay will explode for 30 apiece as it is the pair of them getting held in the teens. I guess we’ll just have to see. One thing is for sure: Derrick White will be ready to show the rest of the NBA world — or at least the part that hasn’t taken notice yet — that he deserves some All-Defense love.

The Spurs are the hottest team in the league and playing about as well as they possibly can. After a horrible February, they are suddenly sporting the league’s top defense during their eight-game winning streak. They are as healthy as they have been (and can possibly be) this season. Everyone is locked in. Everyone is confident. LaMarcus Aldridge is in peak form. DeMar DeRozan is back to his early-season self. I think pretty much every Spurs fan would sign up for the playoffs starting tomorrow if they could.

This should be fun.

For a Warriors fan’s perspective, visit Golden State of Mind