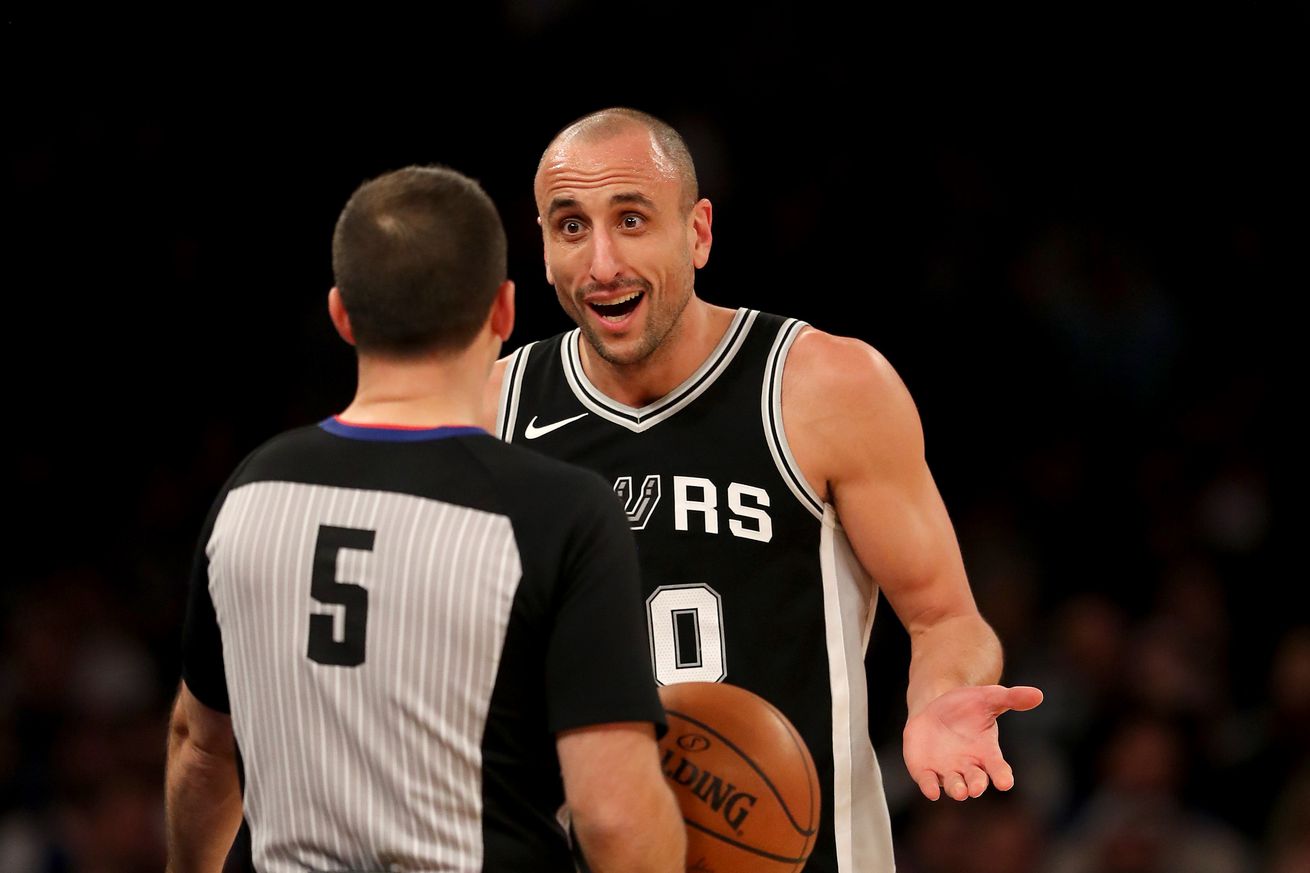 It’s Day 1 of training camp, and Manu is already back working out with his former team.

The more things change, the more some things — however minuscule — stay the same. For the first time in 17 years, Manu Ginobili is not a part of the Spurs roster, but that doesn’t mean this is the first time since 2001 that Day 1 of Training Camp opened without his presence at the Spurs practice facility.

Manu Ginobili is in the house. Pop said he wants Ginobili around the team as much as possible. https://t.co/qW7FbOuLa9 pic.twitter.com/Ay4bR61o9w

Davis Bertans joked that Manu probably got in more work today than in most camp openers in recent years.

This isn’t too surprising considering Manu has mentioned that he plans on being around to help train and mentor when needed, similar to Tim Duncan, but he’s certainly wasting no time in reintegrating himself with the team he just retired from. We already heard yesterday that he attended the coach’s retreat last week and felt completely comfortable giving his two cents on matters, and Gregg Popovich certainly welcomes his presence.

Hopefully there will be plenty more where this came from, and maybe one day in an official capacity.