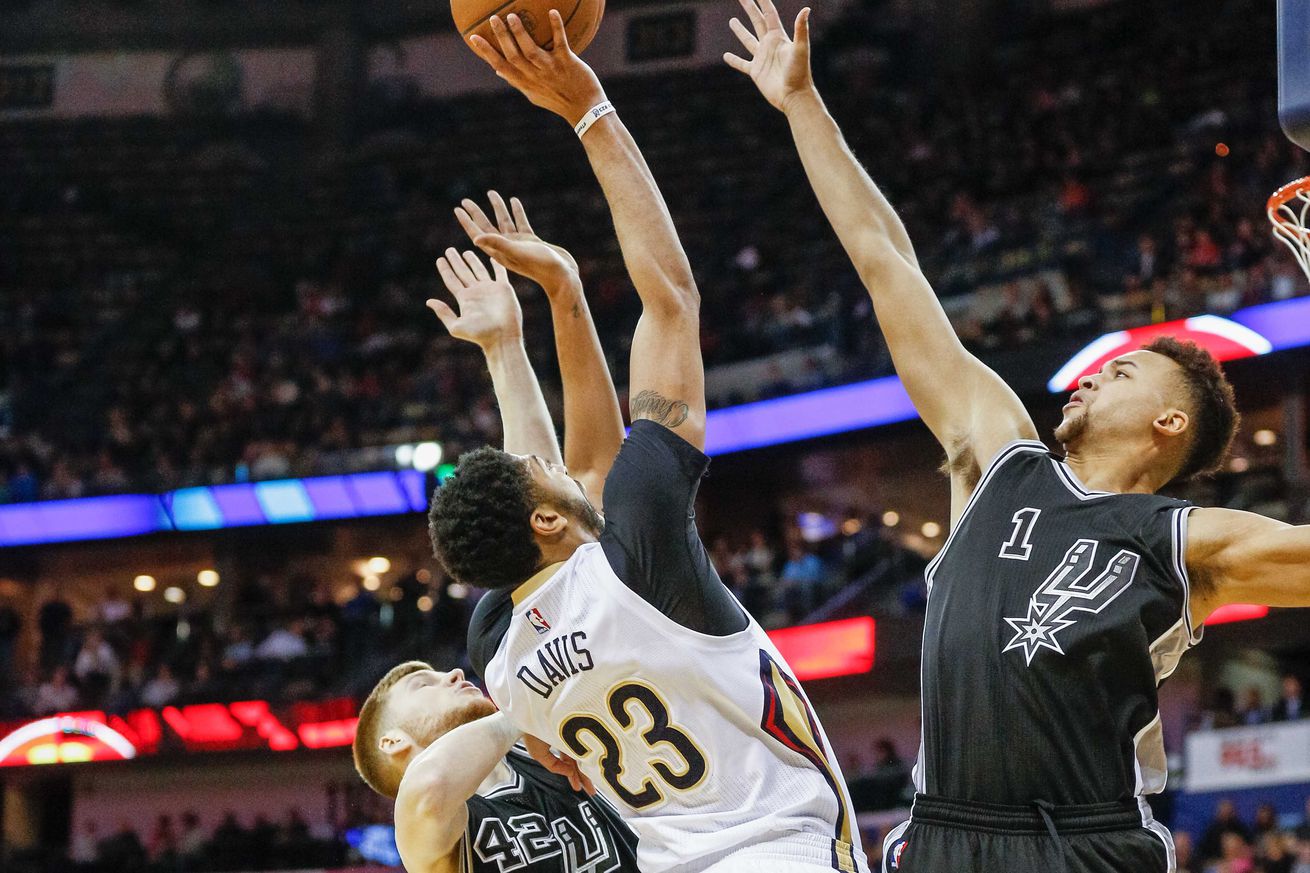 The Spurs couldn’t take advantage of Kawhi’s first game back and fell to a hot-shooting Pelican squad.

The Spurs began their first game with Tony Parker and Kawhi Leonard back searching for rhythm and cohesion. New Orleans rode a tide of hot shooting and San Antonio turnovers to a first quarter lead. After two games off to rest his sore hand, Kawhi’s shot wasn’t on and no one else was able to step up and score.

The Pelicans had a modest lead that the Spurs gradually reeled in, behind play after play from Kawhi — both scoring and assisting — and the teams played evenly through most of the second into a 42-42 tie. Then San Antonio went on a 15-6 run to close the first half 57-48.

But they didn’t hold the lead for long. Back to back three point plays by the Pelicans in the early minutes of the third brought the home team back, and the Spurs weren’t able to put any runs together. As Pop so often says, it’s a miss or make league. In this case, it wasn’t a single miss that broke them. Instead it was a steady stream of misses against a team who shot more than 51% for the game.

Anthony Davis had a solid outing with 16 points and 22 rebounds, but it was Jrue Holiday that really hurt the good guys with his 23-11-4-2-2 box score stuffer. Leonard had an all-around productive game, but was sub par shooting (especially considering his recent string of 30+ point games) getting 23 points on 6-16 from the field, with 6 boards, 6 assists and 4 turnovers.