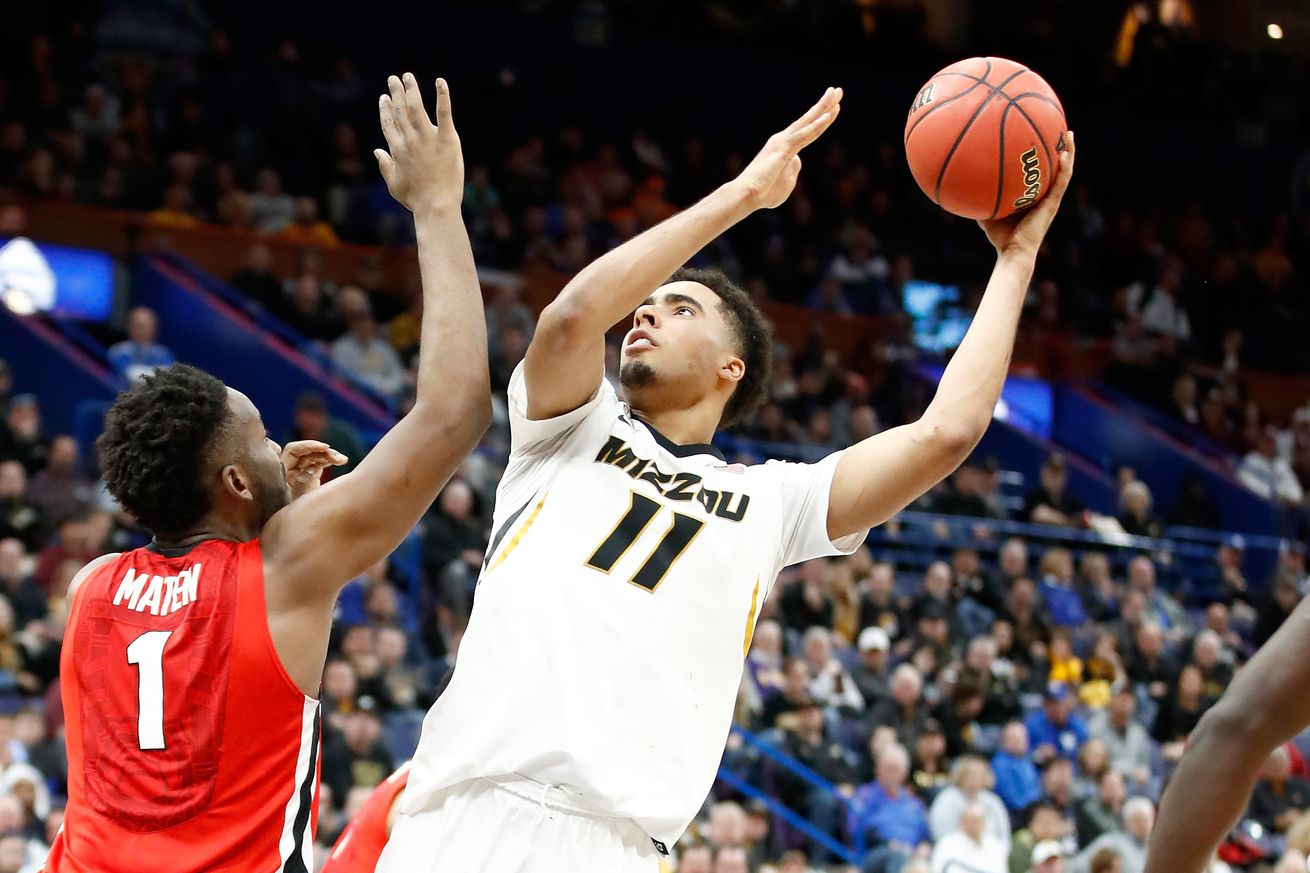 There are a couple teams with a plethora of second round picks who might be looking to package them in an attempt to move up in the draft. The Spurs should be interested.

The Spurs have two first round draft picks for the first time since drafting David Robinson and Greg Anderson in the first round of the 1987 NBA draft. With such little historical data, it’s difficult to know which direction the Spurs will go on draft night. The Spurs could trade up, stand pat, trade picks this year for future picks, or trade down.

With this draft widely considered to be a flat yet deep draft, trading a first round draft pick or a player already on the roster for an extra draft pick early in the second round might be the best solution. I wouldn’t consider the NBA draft to be a numbers game, but with the amount of questions surrounding many of this year’s draftees, stockpiling players to develop could increase the likelihood of finding draft gold.

I first showed the chart below in the article detailing possible trade up scenarios but it will also be applicable to any possible trade down scenarios. This chart comes from ESPN’s Kevin Pelton and is based on historical performance from players drafted in these positions. His chart from last summer looked as follows:

The first thing to look at is which teams might be willing to part ways with one or more of their second round picks to either move up in the draft or for an established player already in the NBA.

The most obvious choice is the Atlanta Hawks. They have six picks in this year’s draft and have made it known they are looking to package some of these picks to move up in the draft. This article is only concerned about their three second round picks, which land at 35, 41, and 44.

Atlanta Hawks’ GM Travis Schlenk had the following to say about their second round draft picks:

It’s no secret with our three second-round picks we are going to try to package them and move up if we can. That’s easy for me to sit here and say. It’s harder to accomplish.

According to the value chart above, their three second round picks are worth a total of 1460 points. In using the 33 percent overpay rule for moving up that I established by looking at trades previously made in the NBA, the Hawks should be able to package these picks to move up into the early 20s. This assumes they are able to find a team willing to accept a three-for-one draft pick deal.

I do not believe the Spurs should offer their 19th pick for multiple second round draft picks. The Spurs would lose their best chance at finding talent in the draft and would give them five draft picks in this year’s draft. That seems like overkill. The other option would be to package their 29th and 49th picks in exchange for the Hawks’ three second round picks. The Spurs’ 29th and 49th picks are worth 1050 points, so that seems like a reasonable trade. The Hawks might be able to do better though.

The Spurs could look to simplify the trade by offering up the 29th pick in exchange for two of the Hawks’ three second round picks. I wouldn’t settle for anything less than the 35th and 41st picks in this scenario. The Spurs would then have the 19th, 35th, 41st, and 49th picks in this year’s draft. Some of these players would have to be signed to G-League or two-way contracts since the Spurs don’t have a ton of open roster spots this year.

Instead of pick swapping, the Spurs could offer up one of Bryn Forbes or Davis Bertans for the 35th pick. The Hawks recently traded for Allen Crabbe and also have Trae Young, Kent Bazemore, and Kevin Huerter to soak up minutes at the guard position. This makes their need for Forbes unclear. They do need depth at the stretch four position and have the cap space to absorb Bertans’ contract, so that seems like a much better fit. I’m not sure this is what the Hawks are looking to do though. They seem intent on packaging their picks to move up in the draft instead of using their picks for players already in the NBA.

I hope the Spurs at least give the Hawks a call to see if there’s the potential for any kind of deal. I have a similar draft grade on almost every player in the 25-40 range.

The second most obvious trade partner is the Philadelphia 76ers. They have four second round picks: 33, 34, 42, and 54. They also have the 24th overall pick in the draft. The 76ers were a decent three point shooting team last season, but JJ Redick, Tobias Harris, Jimmy Butler, T.J. McConnell, Amir Johnson, and Mike Scott are all free agents. They need to surround Ben Simmons and Joel Embiid with shooters, making the Spurs a potential trade target. The Spurs could offer up one of Forbes, Bertans or possibly even Marco Belinelli for one of their second round picks. Which pick would depend on which player the Spurs were willing to trade. Depending on how the 76ers do in free agency, they could end up having enough cap space to absorb one of these contracts.

The other option involving draft pick swaps would be similar to what was laid out with the Hawks. I don’t think the 29th and 49th picks would be enough for the 76ers’ 33rd and 34th picks, but 33 or 34 along with 42 might get the job done. There are countless permutations of how the pick swapping could go down so I won’t take the time to cover all of them.

One interesting trade would be the 76ers’ 24th, 33rd, and 34th picks for the Spurs 19th and 49th. The 76ers’ three picks are worth around 2000 points, and the Spurs two picks are worth around 1560. That seems like a reasonable trade scenario if the 76ers are looking to trade up. The Spurs would have four picks between 24th and 34th, which to me is a sweet spot in this year’s draft.

The rest of the teams in the early second round do not have ample draft picks that they could move around in a trade. If one of them are looking for an established shooter for their second round draft pick, the Spurs would be a good trade partner.

Players to target in a trade down situation

For a refresher, below is a list of players who are expected to be available in the late first round or early second round range.

I’ve already profiled the majority of the players on this list in previous articles with the exception of Louis King and Jontay Porter.

King would likely only be a consideration if the Spurs trade up or down into the early part of the second round. His AMDP was 43, but he had a relatively low standard deviation. As a result, he was only available to the Spurs at 49th in one of the mock drafts I used when putting this series of articles together. I like his potential as a prospect if he can stay healthy moving forward.

Known draft interest: The Spurs were interested in drafting Porter in the first round of the 2018 NBA draft before he decided to return to school for his sophomore season.

At 49th, the Spurs should run to the podium to draft Porter. I’m almost certain a team like the Hawks or 76ers will take a flier on him earlier in the second round if they keep the majority of their ample draft picks. With that in mind, the Spurs will likely have to trade up into the earlier portion of the second round to have a shot at drafting him. I still think it would be worth the trade up as his upside is that high.

Because of the flattened nature of this year’s draft, I would strongly consider a trade down if I were PATFO. I spent some time thinking about it and my preferred trade down scenario would be with the 76ers. The exact trade would be as follows:

I think the 76ers would push to replace the 34th pick with the 42nd pick, but I wouldn’t budge if I were the Spurs. Here would be my dream draft in this scenario:

If the Spurs end up with the 42nd pick instead of the 34th, Louis King would be another fine option if he is still available.

I will close out my draft-related articles with a mock draft based on team needs, rumors, and gut feelings I have about what’s going on around the league.

Exploring possible trade scenarios for the Spurs to move down in the draft
Source: Pounding The Rock