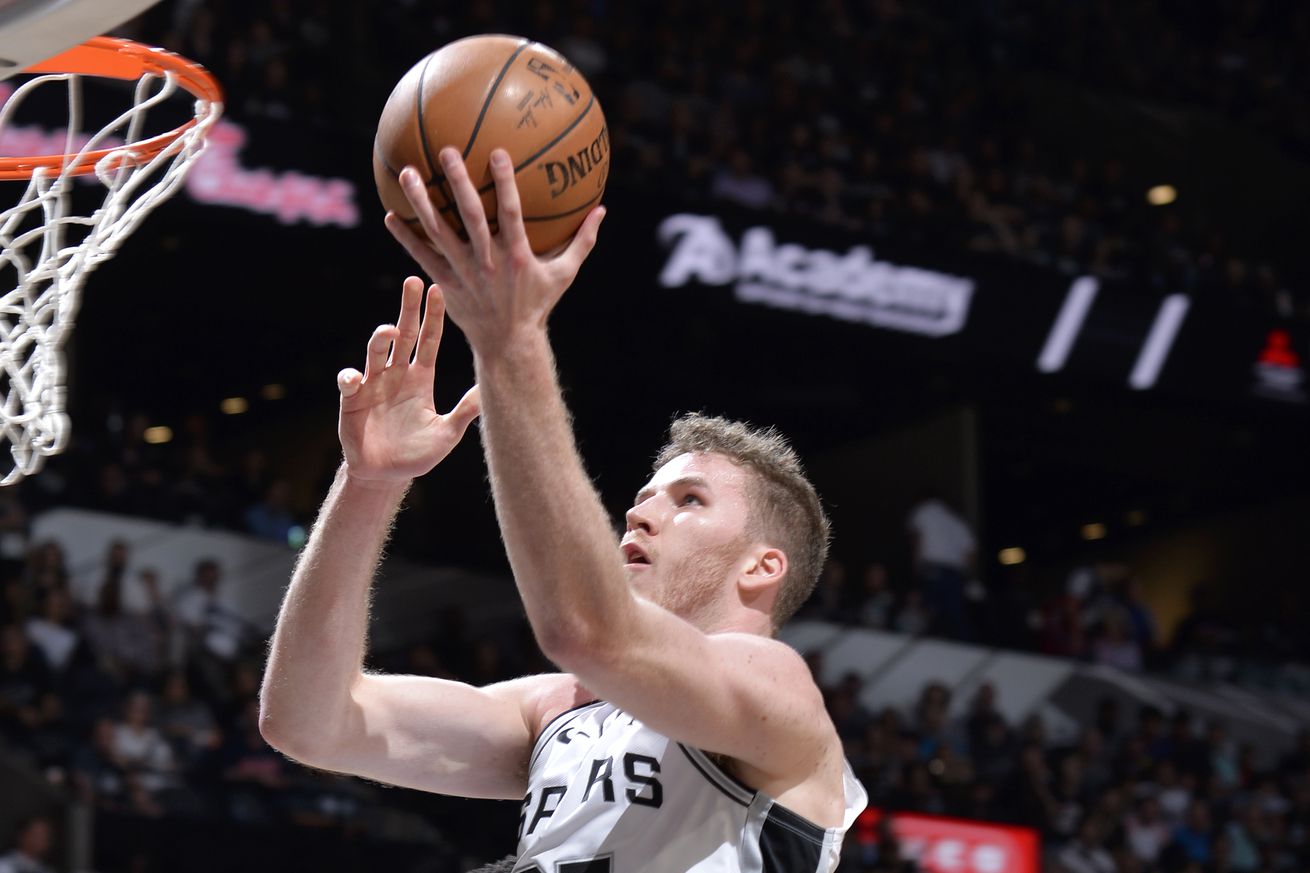 Summer League is over , and a new NBA season is right around the corner. The Spurs got a peek at what Lonnie Walker IV, Luka Samanic and Keldon Johnson were capable of, but it’s easy to overlook San Antonio’s other prospects when they’re not on the court.

Fans raved about Derrick White during the 2019 playoffs and couldn’t keep Dejounte Murray’s name out of conversations following an untimely preseason injury. Jakob Poeltl, on the other hand, hasn’t found the same kind of love from the San Antonio faithful.

The seven-foot center was a part of the infamous Kawhi Leonard blockbuster from an offseason ago. While many considered him a throw-in to make the deal work financially, Poeltl has proved he was far more than cap filler.

He started the 2018-19 season on thin ice and racked up a handful of DNP’s. Gradually, he gained the trust of head coach Gregg Popovich and built some momentum after a foot injury to Pau Gasol forced him into the regular rotation.

Poeltl more than lived up to expectations in year one. Although his nightly numbers went down across the board in nearly every statistical category, the Austrian big man showed marked improvement on offense.

Shooting outside of the paint and free throws continued to plague him, but he made major strides in the passing department and on the boards. He was also among the best pick and roll finishers in the association last season.

On the other side of the ball, he was a solid shot-blocker and a legitimate defensive anchor. Despite revealing vulnerability when switching onto smaller players, Poeltl made up for it with his timing and instincts to contest shots around the rim.

Take a look at the advanced metrics, and they’ll tell you just how good he was for the San Antonio Spurs.

Not only did he lead the Silver and Black in Offensive Rating, Box Plus-Minus and Win Shares Per 48 Minutes, but he finished first on the roster in Block Percentage, Total Rebound Percentage and third in Player Efficiency Rating. Any way you slice it, Poeltl was an integral piece to San Antonio’s success.

The best part is he’s only 23-years-old and under San Antonio’s control, which means it’s possible he’s only scratching the surface of his ability, and the Spurs will have a chance to match any offer that comes his way next summer.

While his range and explosiveness are limited, his footwork and basketball IQ are through the roof. If Poeltl has can add some stamina and shooting to his repertoire, who’s to say he can’t become something special?

Seriously, the guy’s only three years removed from being the ninth overall pick of the 2016 Draft. And no matter how weak your draft class might be, you don’t get selected in the lottery unless an organization genuinely believes in your potential to alter a franchise.

He’ll be back again for a second go-round and that should be music to our ears. Another year in the system, another summer to improve, and another season to impress.

Don’t sleep on Jakob Poeltl. He just might emerge as one of the most improved players on the roster, if not the entire league.

Examining where Jakob Poeltl fits in the Spurs’ future
Source: Pounding The Rock