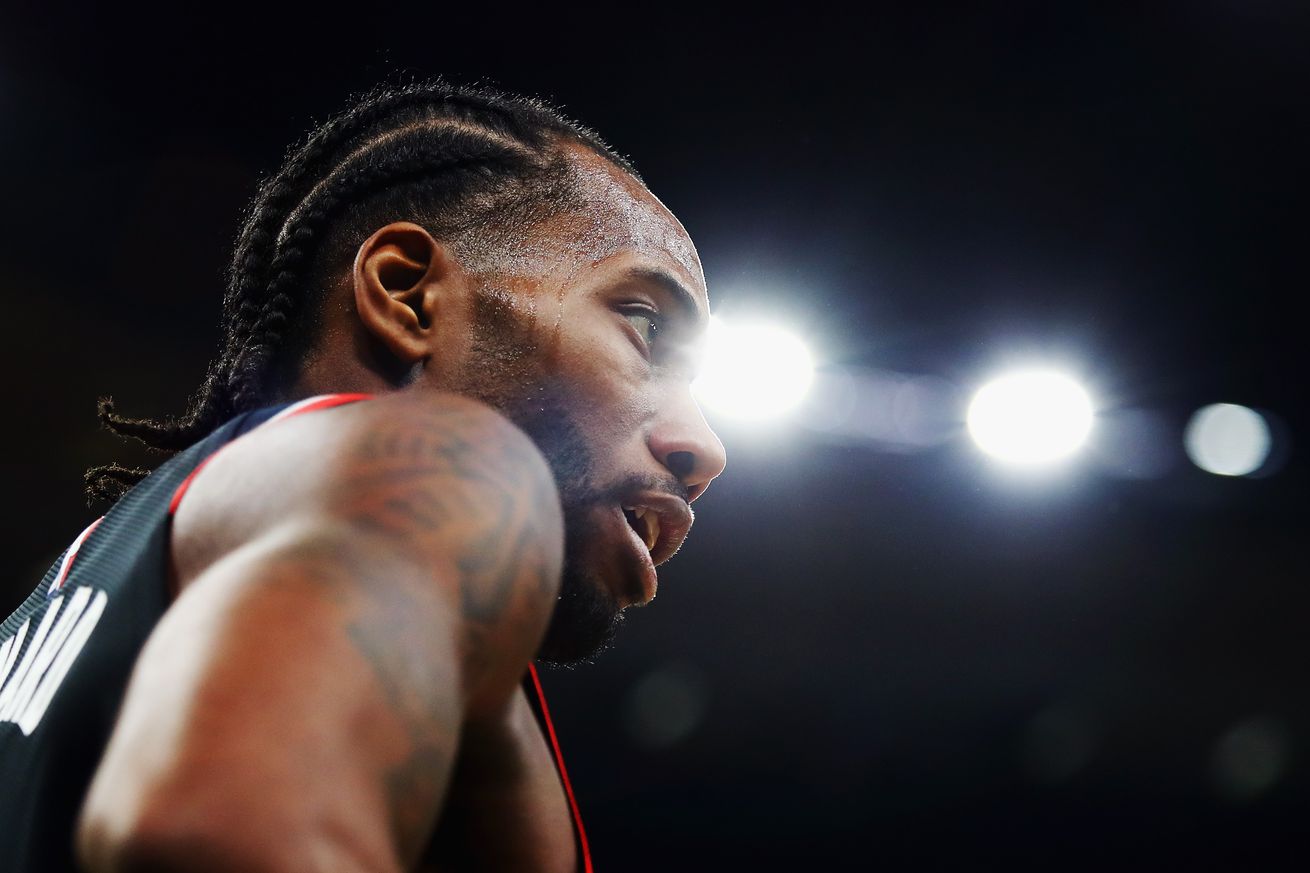 We’re not buying this attempt to rehabilitate Kawhi’s reputation by dumping on San Antonio’s organization.

I was late to it, but I eagerly read Ric Bucher’s Nov. 14 feature provocatively titled “Free from ‘San Antonio Mafia,’ Kawhi Leonard is all the Raptors hoped for,” looking to gain some new clarity as to why the whole messy breakup happened in the first place.

Unfortunately, I can’t say I learned anything. It turns out that the story has little to say about Kawhi’s tenure in San Antonio and why it ended. It’s instead an attempt to present Leonard as a victim, unfairly maligned by the Spurs after his trade request and now thriving in the north.

That wouldn’t be too bad of itself. Maybe that is in fact what happened, in which case, I’d love to know. The problem is that there’s no new information that suggests that’s actually true. To make it work, Bucher had to construct alternate versions of the Spurs and Leonard that supported his thesis. I’d recommend you read the original before going forward.

The first sign that something was awry came when the prevalent image of Kawhi as “inscrutable” and “aloof” was attributed to his messy exit from San Antonio, when in reality the narrative of Kawhi as an impossible to read basketball automaton has accompanied him since the beginning of his career. It was also largely created by the media, not the team. Too many people covering the Spurs, including myself, indulged in lazy jokes about OS upgrades and cybernetic limbs until they became ubiquitous. Fortunately, it didn’t seem to bother Kawhi much that he was perceived as the quietest superstar in the league. In fact you could say that he provided tacit approval to that perception of him by never going out of his way to change it. He certainly took advantage of the Spurs’ media firewall to avoid exposure when it suited him.

Regardless of how Kawhi came to be seen as impenetrable, Bucher’s sources claim that now he’s changed. Leonard is a good dude who actually talks to his teammates, says Kyle Lowry. He can be engaging at times when talking to reporters, Toronto media says, even though he still gives short answers and ends interviews abruptly sometimes. Those statements are supposed to shatter any preconceived notions of Leonard as reserved or withdrawn. The problem is Kawhi used to do that in San Antonio, too. Saying that Leonard wasn’t a vocal leader, which the Spurs did, doesn’t mean they were implying he actually doesn’t talk to teammates. The murmurs from San Antonio media about him not being a great interview don’t mean that he’s incapable of fulfilling his PR duties by speaking with the press. Kawhi wasn’t actually a robot, and if in order to make it look like he’s evolved anyone needs to ascertain that he was, I’m going to be skeptical of the conclusions.

While this fictitious past version of Leonard is used to make him look good, the opposite happens with the Spurs. In this alternate reality the team is so surreptitiously influential and vindictive that they are best compared to a criminal organization. One Eastern Conference executive offered the eye catching quote that serves as part of the headline for the article, comparing Pop to the Godfather and suggesting he ordered a hit on Kawhi’s reputation:

“The San Antonio mafia is real,” the executive said. “When the Godfather (Popovich) speaks, they’re coming for you. He’s the nicest kid in the world and all of a sudden he’s an evil villain? He’s not an angry kid. He’s a sweetheart.”

Are local media supposed to be Pop’s henchmen? it’s hard to reconcile the analogy with the fact that national writers contributed to the earliest and most comprehensive reports of the situation surrounding Leonard, providing most of the details that were eventually confirmed by beat writers later on. Maybe the San Antonio Mafia is not the media but the decision makers with Spurs ties spread around the league that backed away from Leonard at the behest of the Don. Except long time Popovich lieutenant Brett Brown showed interest in trading for Kawhi. Also, why would the San Antonio Mafia engage in character assassination in the first place, since that would have impacted Leonard’s value right at the time they needed to trade him?

That same executive then goes on to offer a really strange quote about the contrasts between Leonard’s exit and Jimmy Butler’s:

“Jimmy was like, ‘Get me out of here and I’m going to tear down this thing on the way out,’” the executive said. “Kawhi doesn’t talk to the media. Why would he call someone in the media to kill San Antonio for him? Let’s face it: San Antonio screwed up.”

Moving past the overly simplistic, almost tautological comment about Kawhi and the media, we finally arrive at something interesting: apparently the Spurs screwed up. How, though? I would genuinely like to know. I don’t even necessarily disagree that the front office could have handled things better in the media, but I’m looking for anything specific, for some insight from an insider that is passing judgement. Unfortunately, that’s as far as the unnamed executive goes.

It’s not surprising, since the article is simply not concerned with answering the actual questions about what went down. The point is to project an evolution of Kawhi’s character by ignoring that Leonard is basically the same guy he ever was, and to present a post hoc argument that Kawhi was right about the trade demand and the Spurs were wrong, using Leonard’s success with the Raptors as the only evidence. But the Spurs were also happy and successful with Kawhi before he asked for a trade. Will the Raptors will posthumously vilified if Leonard decides to leave in free agency after this season?

Look, the point of this is not to criticize Bucher. Normally I wouldn’t comment on what someone else writes. And I don’t really feel like I need — or want — to defend the Spurs. The only reason I’m responding here is because I can see a lot more articles like this one coming in the future. After mostly negative coverage for Leonard following his trade request, the pendulum is swinging back. It would have anyway, eventually, but Leonard’s success in Toronto is apparently speeding up the process. “Kawhi can’t be the bad guy. Look at how well he’s doing!” is the new prevalent narrative and to serve it, his San Antonio tenure will be turned into manufactured adversity. The Spurs will provide the vague foil Kawhi had to overcome before becoming this new, better self, even if at no point will it be explored how, exactly, they stood in his way or how Leonard has effectively changed.

It’s a really great angle, much more interesting than admitting we still have no idea what motivated Kawhi to ask for a trade. I’ll read articles that use it, since I’m not averse to seeing the Spurs take some hits and I actually enjoy seeing Kawhi humanized after unfairly being portrayed as a robot for so long. I’ll be entertained by them, even. What I won’t do is confuse them for the truth.

Hopefully one day we’ll know what happened to cause the nasty breakup between Kawhi and the Spurs. Until then, we’ll have to be patient and always separate fact from fiction, no matter how well presented the latter is.