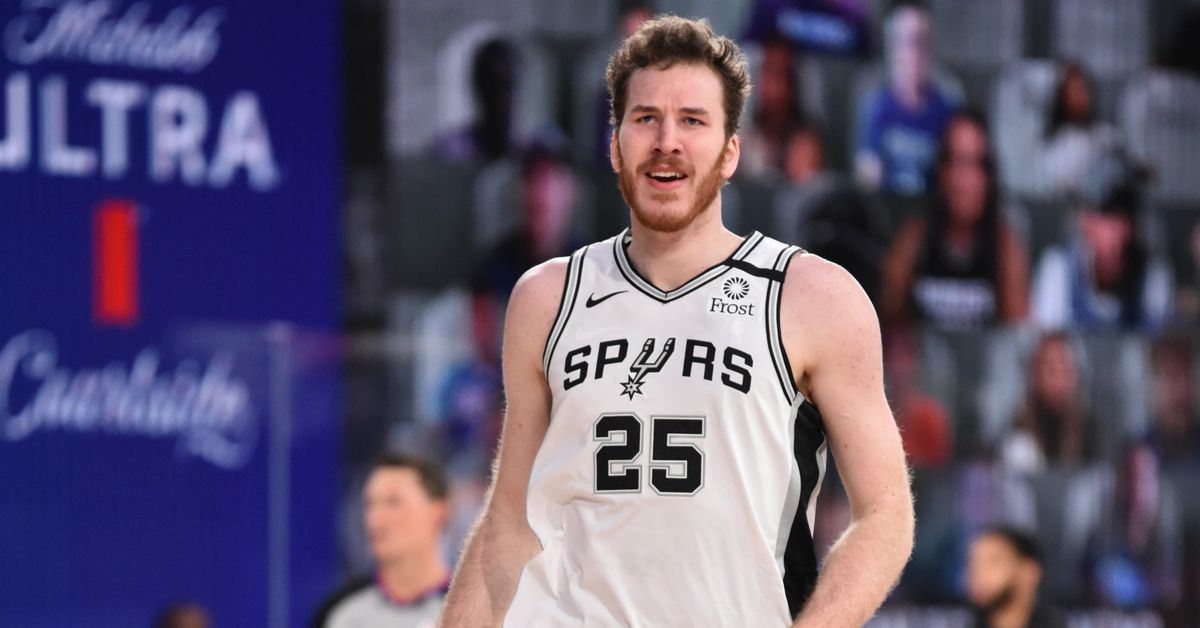 It’s an atypical offseason for the NBA. Things are moving faster than ever. Just over 36 hours after the draft, free agency will start, and it could be an unpredictable one. With only a few teams with significant cap space and trade season already underway, we might not see as much movement compared to past years, but it’s impossible to rule out any big signings.

The Spurs should have a quiet next few days, but they do have some decisions to make on their own free agents and could have some money to spend. Let’s take a look a how this free agency period could play out for the Silver and Black.

When does free agency start?

Do the Spurs have cap space?

They do not. After DeMar DeRozan opted in, their potential to clear up cap space without a trade evaporated. In fact they are over the cap already, and that’s only counting guaranteed salary and not cap holds. The Spurs will not be able to make a big addition in free agency this year.

Do the Spurs have free agents to re-sign?

They do. Jakob Poeltl, Bryn Forbes, Marco Belinelli, Chimezie Metu, Drew Eubanks, Tyler Zeller and Quinndary Weatherspoon are all free agents. The Spurs have extended qualifying offers to restricted free agents Poeltl, Weatherspoon and Eubanks, which means they can match any offer sheets they sign.

Their situations of San Antonio’s free agents are different, though. Zeller, Metu, Eubanks and Weatherspoon are likely minimum salary players. Weatherspoon is even eligible for another two-way contract. It’s safe to say that maybe with the exception of Eubanks, none of these players will rank highly on the list of free agency priorities and most will actually leave San Antonio. The same probably applies to Marco Belinelli, who will almost surely be on his way out to make room for the young wings.

As for Forbes, he’ll be an unrestricted free agent and he should have some market value as a knockdown shooter. With the amount of depth the Spurs have at guard, especially after the draft, it’s hard to imagine him returning, but it’s not completely out of the question. His future could be tied to what happens with Jakob Poeltl, who is the most important free agent the Spurs currently have.

Can the Spurs keep Poeltl?

Yes. Poeltl is a restricted free agent and the Spurs have extended him a qualifying offer for one year worth $5 million. Poeltl has three options: he can accept that offer and re-enter free agency next offseason as an unrestricted free agent, he can agree to an extension with the Spurs, or he can sign an offer sheet with another team, which the Spurs would have to match in order to keep him.

Normally it would be a safe bet to assume the Spurs would bring Poeltl back. He’s still young, he’s been productive in limited minutes and he plays a position of need. The problem is that since the luxury tax line hasn’t moved up, re-signing Poeltl could put the Spurs in a tough situation. Assuming Trey Lyles is not waived to clear cap room and Devin Vassell is signed for the maximum he can be signed for, the Spurs will have around $120 million in committed salary with the tax line set at around $132 million.

Centers are not as coveted as they once were in the league, and not a lot of teams have cap space, so Poetlt might not command an eight figure salary in the open market, but he might ask for one anyway in extension talks. The Spurs could just tell him to go find an offer sheet and then match it, but there’s always risk that someone overpays or comes up with a contract structure that would make San Antonio uncomfortable. The best scenario might involve Jakob taking the qualifying offer, but it seems unlikely.

Whatever it may be, what happens to Poeltl will shape how free agency goes for the Spurs.

Will the Spurs make an addition using the mid-level exception?

Again, it likely comes down to Poeltl. If Poeltl leaves, the Spurs could use the mid-level exception, worth around $9 million, to replace him without getting past the tax line. If he takes the qualifying offer, San Antonio could use part of the mid-level exception without venturing into the tax. If he signs for close to $10 million, though, the Spurs will probably not be able to use the exception unless they waive Lyles to save around $4 million from his partially guaranteed contract.

The most likely scenario right now probably involves Poeltl coming back, Lyles staying and the Spurs rounding out their roster for cheap, since they would have 12 players under contract under those circumstances. If Poeltl leaves, however, that could all change.

How can I follow all Spurs-related free agency news?

Make sure you check PtR often and follow us on Twitter and Facebook, because we will have news and analysis on everything that happens involving the Silver and Black during free agency.