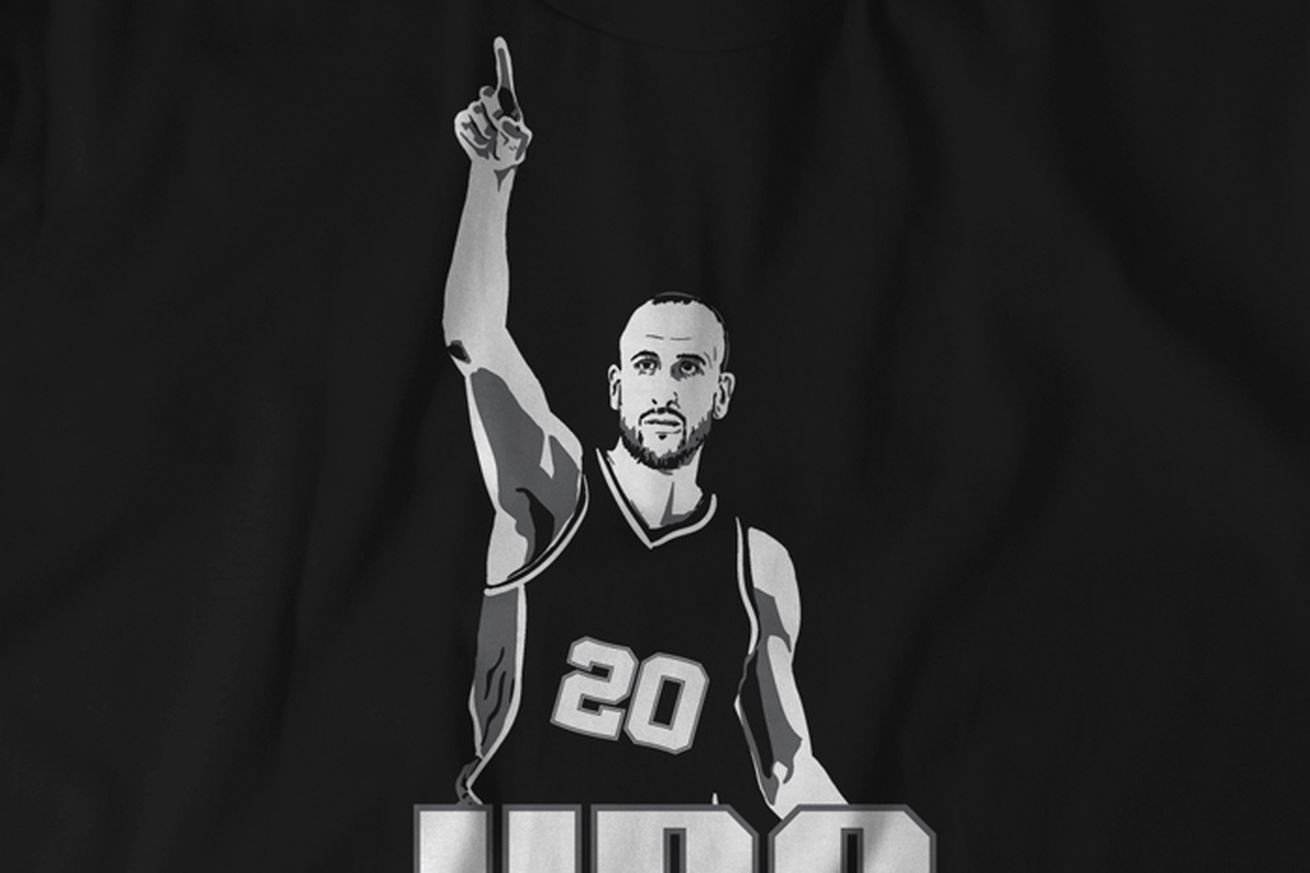 The Spurs’ stalwart isn’t done, and we’re not done enjoying the ride with him.

Sure, Monday was when the Woj bomb dropped about Ginobili intending to play 2017-18 (and we know by now that Adrian’s word on such matters is as close to ironclad as it gets) but hearing it from the Manu himself allowed me to breathe a sigh of relief, secure in the knowledge that I can enjoy at least one more season of his otherworldly anticipation, mind-bending passes, and ineffable Manu-ness.

For those who don’t know, Manu is my favorite player. I’ve written about him so many times, but the piece that I’m most often reminded of is one I wrote five years ago. Before the Spurs’ fifth championship, before Tim Duncan retired, before we knew what Kawhi Leonard would become, I wrote a piece about how Manu’s game was changing as he aged — he was just 34 at the time:

…we’re seeing a metamorphosis in his game that will take him places we can only imagine. And that will take the team where it hasn’t been in five long years — into the Golden Hour, where the end of the day brings beauty, even as night closes in.

The Spurs were able to return to the NBA promised land, and Manu got his fourth ring. And now that we are undeniably at the cusp of the end of his career, I want to appreciate every last Manu moment we get, but I want to do that while celebrating who he is and what he’s still capable of doing.

So of course that means teaming up with BreakingT to get you guys yet another excellent T-shirt in which you can celebrate another season of His Manuficience.

I really hope you enjoy this one. As usual, my wife and I worked hard to come up with a design that would look good and encapsulate how we felt. I can’t wait to wear this one myself. So feel free to order the Uno Mas shirt as we revel in the anticipation of the brilliance to come.

All of BreakingT’s shirts are super soft, and last nearly forever. If you’re between sizes go with the larger of the two. In case you don’t know, a portion of the profits come to me, which is the kind of thing that Mrs. Wilco uses to rationalize me spending so much time working on PtR.