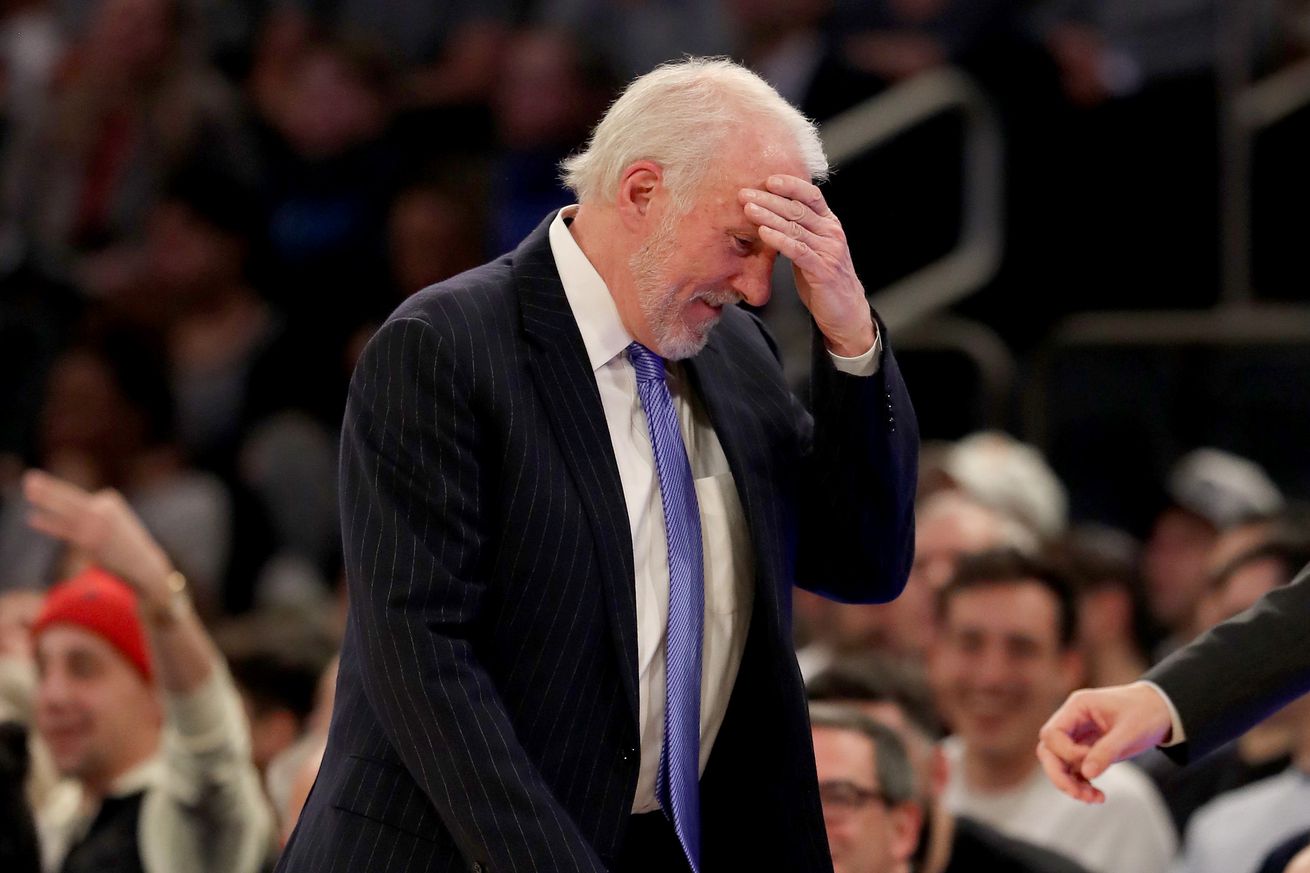 Not everyone is optimistic about the new-look Spurs.

The Spurs went though some big changes this off-season, all designed to keep them in the playoff hunt. They took on future money to replace Kawhi Leonard with a star in DeMar DeRozan, kept most of their core together and signed veterans in free agency.

The result is a roster that might not be ready to contend for a title, but should be good enough to make it to the postseason. After all, San Antonio is coming off a 47-win season in which Leonard barely played. It’s hard to see them take a huge step back. Fans appear to be largely optimistic about the team’s chances to make some noise, even in an improved West.

But some pundits don’t share that optimism. ESPN’s Kevin Pelton, in fact, has the Spurs missing the playoffs entirely. On his yearly article about projected standings (Insider), he’s skeptical enough about the Spurs’ offseason to have them ranked 10th in the West, with 38.5 projected wins:

The narrative about the Spurs since the Leonard trade has been that they’re adding DeRozan to a team that won 47 games last season with virtually no contribution from Kawhi. (I even mentioned something similar in my trade grades.) The problem with that analysis is San Antonio lost two other starters in Danny Green and Kyle Anderson, who filled Leonard’s spot in the lineup. Anderson rated as the Spurs’ second-best player by RPM last season and Green (minus-0.2) projects better than DeRozan (minus-0.4) by RPM. Add in aging from San Antonio’s veteran core, and it’s certainly possible the Spurs won’t be as good as they were last season, though I wouldn’t necessarily bet against them making the playoffs.

This is a model built largely on Real Plus Minus, so it’s not surprising that Slowmo’s departure ranks as more significant than DeRozan’s arrival in the Spurs’ projected win total. Most advanced stats don’t really like the DeRozan all that much. Last season he ranked 11th in the league in RPM among shooting guards, and Pelton’s model projects a decline in offensive value for players that join new teams. DeMar is already a net negative on defense, so any decline in offensive production would have a seriously damming effect on his potential impact.

The concerns about the Spurs’ aging core are also real, if perhaps a little overstated. Pau Gasol and Manu Ginobili (assuming he returns) are both well past their peak. LaMarcus Aldridge is 33 years old, likely entering the end of his prime. So is 32-year-old Marco Belinelli. The rest of the roster, however, features a lot of youth and a couple of contributors that are still in their athletic prime in Patty Mills and Dante Cunningham. Some improvement from the younger role players might be enough to offset the decline of the older guys. That’s surely what the Spurs are hoping.

Overall, the prediction doesn’t seem too crazy. If things go poorly, the Spurs might actually finish outside of the top eight and behind the Lakers in the standings, as projected by Pelton. It is a possibility.

Hopefully, health with be on their side now that they have a durable perimeter star, and Pop will be able to incorporate the new additions and the young players quickly into the system. If both of those things happen, the Spurs could outperform this projection by a wide margin.