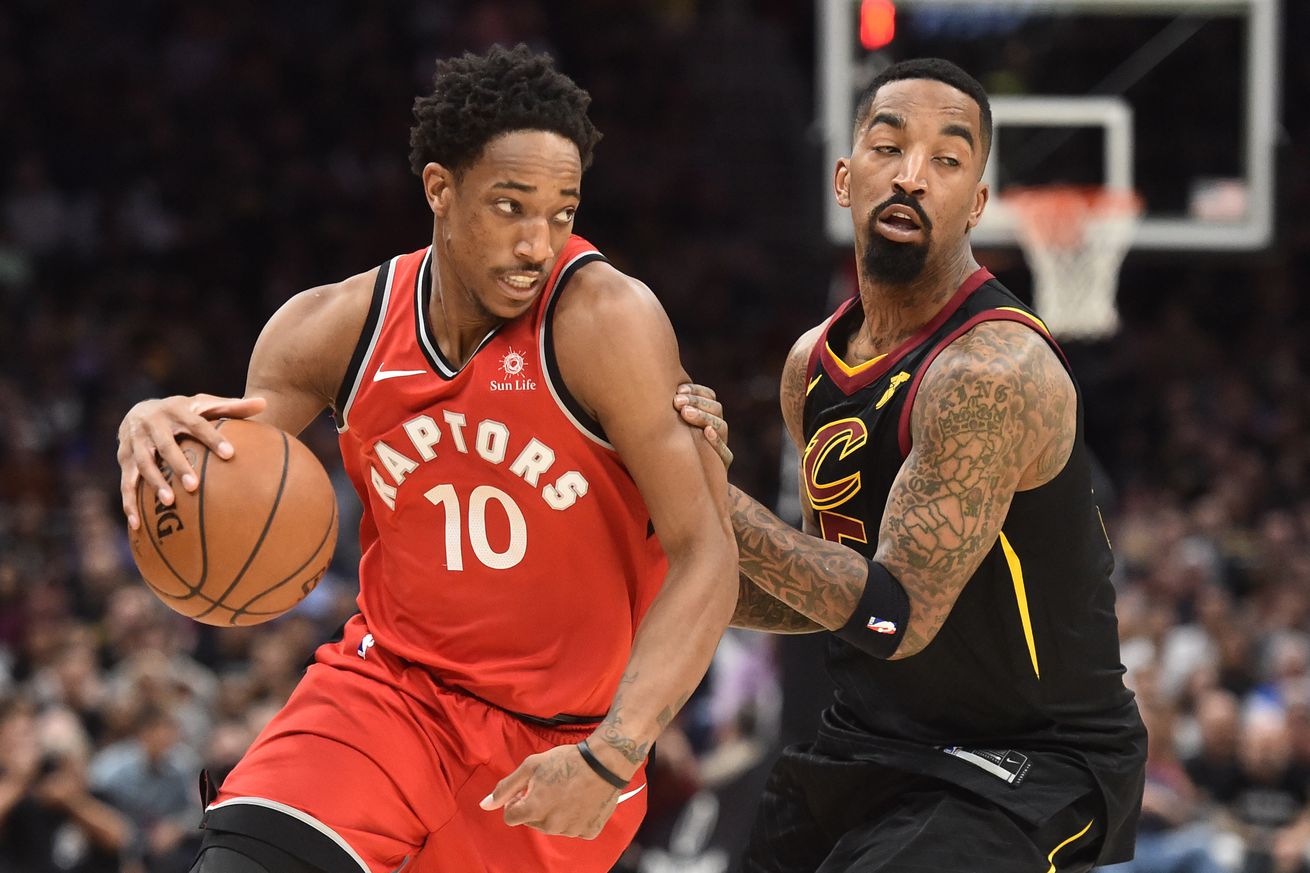 Early returns from ESPN and Las Vegas projecting the Spurs to not only decrease from their 47 wins last season, but also and even miss the 2019 Playoffs have sparked some conversation among Spurs fans about how they could possibly be worse than last year’s Kawhi Leonard-less team, despite adding a star in DeMar DeRozan. Finally, another site is here to join our side in that argument.

Haley O’Shaughnessy over at The Ringer took a look at five teams from the Vegas predictions and determined two teams whom you can easily take the over on, two that will need revisiting later, and one that seems about right. In a refreshing change for Pounders, the Spurs made the first group:

San Antonio might be worse off with DeMar DeRozan instead of Kawhi Leonard in the grand scheme of things, but not if we’re talking win totals compared to last year’s. In that case, we aren’t comparing DeRozan to Leonard, we’re comparing DeRozan to a nine-game ghost. The Spurs finished 47–35 last season largely without a superstar; in the nine games Kawhi did play, San Antonio went 5–4. Some key players who helped that happen are now gone: Tony Parker signed with Charlotte, Danny Green was traded to Toronto, Slo Mo is now Grittin’ and Grindin’ in Memphis. But Dejounte Murray had already taken over Parker’s starting duties, LaMarcus Aldridge remains, and DeRozan isn’t replacing Leonard so much as filling a vacancy.

Sometimes a little common sense can go a long way.

More arguments in the Spurs’ favor

Benjamin Bornstein at Project Spurs also took a dive into what’s driving these low predictions for the Spurs, why they’re wrong, and why you shouldn’t bet against them.

Rudy Gay recently sat down with Dom Amore of the Hartford Courant to reflect on his time back at UConn — including their infamous overtime loss to 11th seed Geroge Mason in the 2006 Elite Eight — as well as his time in the NBA. Gay had nothing but good things to say about the Spurs, including how they handled trading Leonard:

“The best part about San Antonio, they do right by you,” Gay said. “They do right by their players, do right by their staff. That doesn’t happen much in the NBA, to be honest with you. It doesn’t happen much. On one side, there was [Leonard] that was trying to get out, get to a bigger market, and they were totally being up front with him, and then they trade him for a guy [DeRozan] where, that organization wasn’t being up front with him at all. So, I mean, it’s just night and day. That trade right there shows you the difference between the San Antonio Spurs and other organizations.”

Besides the article, you can also click here or listen below to his entire interview as part of the UConn Insider Podcast. Gay joins at the 18:07 mark.

It seemed to fly by with little notice this year, but the NBA’s third annual Africa Game took place in Pretoria, South Africa last Saturday. Gay participated with Team World, contributing 3 points, 4 rebounds, 4 assists and 3 steals in 25 minutes, but it was the coach of his team, Spurs assistant Ettore Messina, who received high praise for a job well done.

“He did a great job of just drawing up plays,” Miami Heat center Hassan Whiteside told the Heat’s website, per the Sun-Sentinel’s Ira Winderman. “There was so much movement. He made it easy, it was easy.”

Messina has one year left on his contract with the Spurs. If he’s not hired away sooner, there might be a battle brewing between him and Becky Hammon for the job of Gregg Popovich’s heir apparent (should he ever decided to retire).