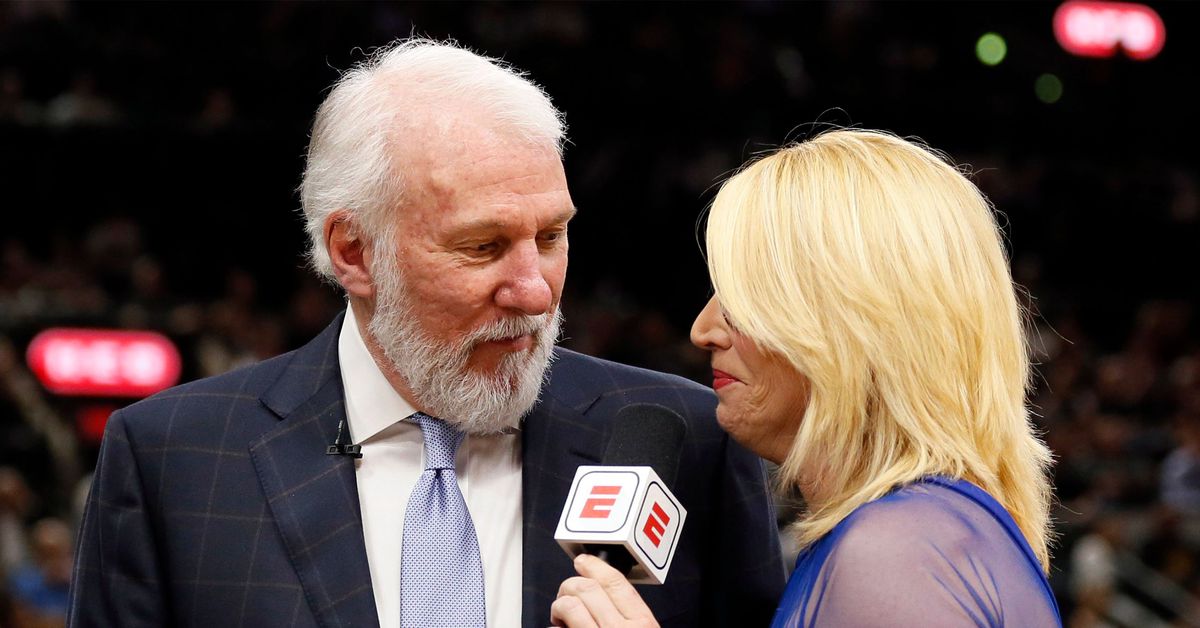 Gregg Popovich is a notoriously difficult man when it comes to sideline interviews, and his curt responses to innocuous questions can give off the impression he’s crotchety greybeard with a short fuse. And while the 71-year-old may take a no-nonsense approach with his team and the media, the frigid public persona he upholds hardly represents what a thoughtful person he can be when the cameras are off.

Pop is no longer the spry third-year playcaller who led the Spurs to their first title in franchise history, and as we inch closer to his inevitable retirement from the game of basketball, stories of his kindness have only grown. Groundbreaking NBA sportscaster Doris Burke recently caught up with Steve Serby of the New York Post and shared a touching encounter between the future Hall of Famers following San Antonio’s gutwrenching 2013 Finals defeat at the hands of the Miami Heat.

I adore Gregg. Listen, I don’t like those [courtside] interviews more than anybody else, but I tell a story about Pop that will capture him. He loses Game 7 [of the 2013 NBA Finals]. I’m walking out of Miami Arena, and he’s gonna cross paths with me. I don’t even want to make eye contact with him. I put my head down and I step back and allow him to pass. And he grabs my shoulders and he turns me to him and he says, “Now what are you gonna do with your offseason?” I’m stunned, and I said, “I’m actually gonna make a trip to Napa.” He goes, “Doris, here’s my secretary’s email. You send her a note, tell her what you’re doing.” He sent me an email back with a list of places I should go. That captures Gregg Popovich more than those absolutely (chuckle) painful moments for the reporters on the sideline.

Although he regularly puts reporters through the wringer to get a worthwhile response out of him, Popovich has proved time and time again to be an extraordinary individual away from the hardwood. In recent years the coaching legend has used his platform to speak out against racial and political injustices within the United States, and his impact as a leader in the community should continue to resonate long after he calls it quits.