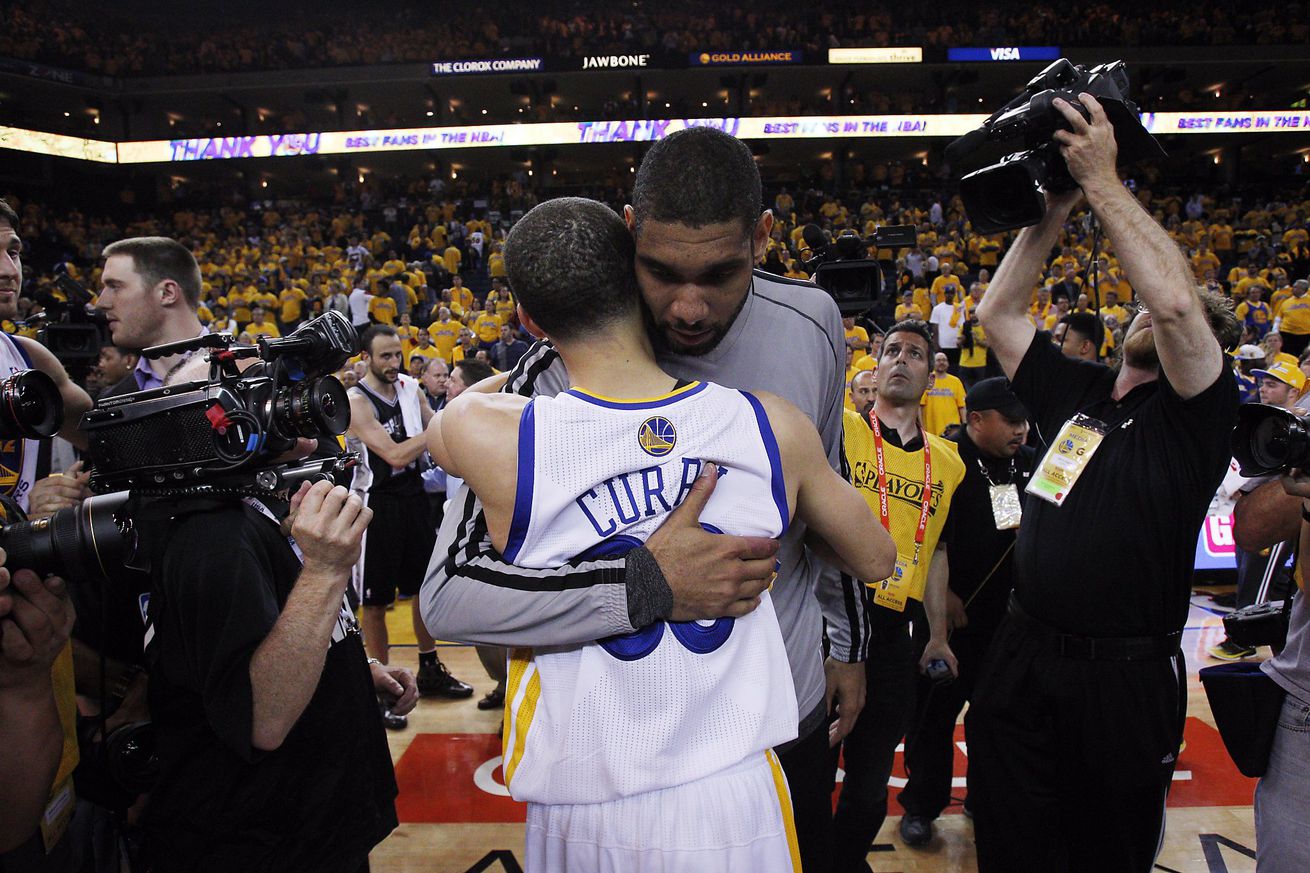 Will the Warriors’ dynasty be short and sweet, or can they find a way to re-vamp, Spurs-style?

The Golden State Warriors haven’t looked this vulnerable since the first round of the 2014 NBA Playoffs, when they lost Game 7 to the Clippers and it was quickly becoming clear that Mark Jackson wasn’t going to take them any further. Ever since then, they have been a nearly unstoppable force under Steve Kerr, Steph Curry, Klay Thompson and Draymond Green.

That combo was good enough to win one championship and almost another (the loss of which can only described as self-destruction) while setting regular season records-galore, and they only added insult to the rest of the league when Kevin Durant joined to help lead them to their second and third championships. They were such a dynamic force that most of the last few regular seasons were spent wondering who would merely put up the best fight against them in the playoffs. Defeat hasn’t felt so inevitable to the other 29 teams since Michael Jordan was a Bull.

Now, everything has changed. Curry is the Warriors’ only star who will be healthy and available heading into next season as Durant will be out for the entire season with a ruptured Achilles, and Thompson will likely miss the majority of the season with a torn ACL. With those two also being free agents this summer (Durant has a player option, Thompson is expected to return) and Green becoming a free agent next summer, there’s plenty of uncertainty not just next season but also beyond, and it begs the question how much longer the Warriors can sustain their dynasty.

According to The Ringer’s Kevin O’Connor, the answer to that question could very well lie in South-Central Texas, where even in a “rebuilding” era the San Antonio Spurs remain the pillar of consistency and sustainability in the NBA. The first step for the Warriors to mimic is replenishing their depth, which as the Spurs can attest is often tricky when you are constantly picking late in the draft, lack trade-able contracts, and often have little more than the minimum to offer free agents.

As Andre Iguodala and Shaun Livingston near retirement, the Warriors must replenish their depth to support the stars in the same way the Spurs have this century.

Popovich and Spurs general manager R.C. Buford identified talent critical to their system. The Spurs replaced Bruce Bowen with Danny Green. They found deep first-round steals like George Hill and Dejounte Murray. They were best in class at international scouting and found guys like Tiago Splitter from Brazil, and Patty Mills and Aron Baynes from Australia (to say nothing of Parker and Ginobili). They were able to maximize low-cost, low-risk talent like Jonathon Simmons, and knew when to take a flier on a guy like Stephen Jackson. San Antonio always found a way to surround Duncan with a supporting cast of castoffs turned champions.

O’Connor also points out the luck involved with injuries when it comes to longevity, something the Warriors didn’t have before their dynasty took off due to Curry’s glass ankles and something they don’t have now. Also, Curry and Thompson are Tim Duncan-esque in that they rely more on skills that won’t diminish with age than athleticism, but they will still need help, and the Warriors currently lack the assets the Spurs had when the time came to restock.

The Spurs managed Duncan’s minutes on a night-to-night basis and rested him for entire games, much to the chagrin of the league office. The Warriors may someday have to do the same with Steph and Klay, but to rest aging stars and still maintain success for well over a decade, they’ll need to find their next star.

Without Kawhi, the Spurs dynasty would have ended far sooner. He quickly developed from defensive stopper to Finals MVP to superstar. But the only reason the Spurs could acquire Leonard was because they had George Hill, who they selected with the 26th overall pick by the Spurs in 2008. San Antonio famously dealt Hill to the Pacers during the 2011 draft, landing Leonard, who was chosen 15th, the 42nd pick (Davis Bertans), and the rights to Erazem Lorbek.

The Warriors don’t have their Hill. They don’t even have their Bertans. They need to restock their war chest, which makes the next couple of drafts critical to their future.

The Warriors have matched the Spurs of the mid-2000’s with a three-championships-in-five-years stretch, and they did so with much more flare, national attention, and social media to boost them up the popularity board. They are arguably better than those Spurs teams in terms of talent and dominance, but can they match them in longevity? Do they have what it takes get that satisfying “2014 championship” (or more) before their dynasty under the current core ends? We’ll find out someday, but in the meantime if Kerr needs some advice, he knows to who to call.

Do the Warriors have what it takes to match the Spurs’ longevity?
Source: Pounding The Rock