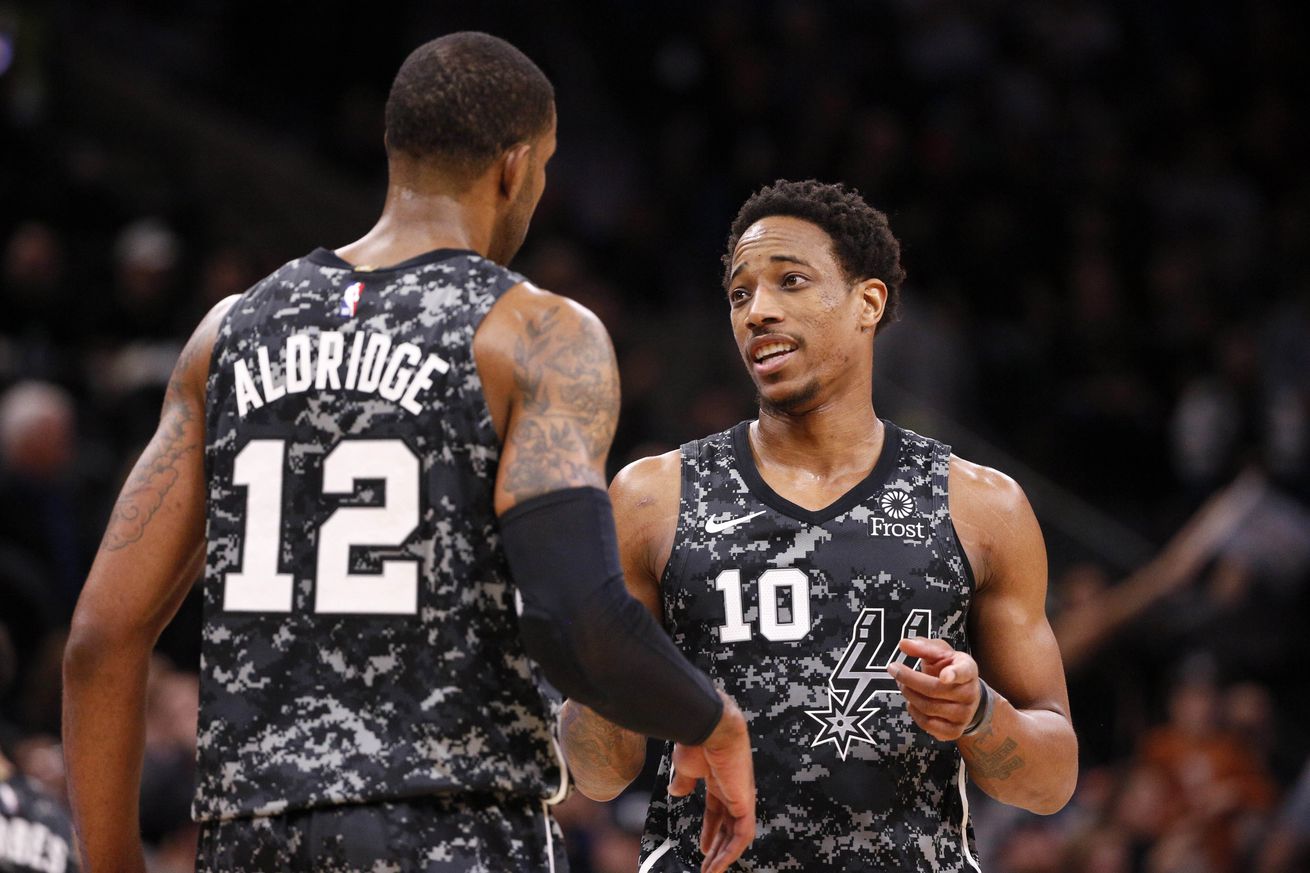 The Spurs’ offense worked this season, but was it successful?

The Spurs have been an interesting team to watch this season. They defied all logic of today’s NBA reality by leaning far heavier on mid-range shots and fewer on threes and shots at the rim than any other team in the NBA. It’s what they had to do to build around the players they had, and for the most part it worked. They made the playoffs for the 22nd straight time in the tough Western Conference, at least started the series giving the 2nd-seeded Nuggets a heckuva fight (which they can still do if they wake back up), and have uncovered some very promising players for the future along the way.

However, as the last two games and other instances throughout this season have shown, when those mid-range shots stop falling, the Spurs get into trouble, which can’t help but raise the question in at least one author’s eyes: was this a forward-thinking strategy or a failed experiment? Isaac Levy-Rubinett of The Ringer tries to grapple with this discussion by going through the pros and cons of the Spurs mid-range game. On one hand:

The shots may be suboptimal, but someone has to shoot, and the Spurs have designed an offense around the most dangerous weapons of their two best offensive players. They’ve even surrounded those two with above-average shooters from beyond the arc, and crafted a deliberate offensive system that works to get those shots in rhythm. It may not be the Rockets (thank God), but it’s hard to argue with that reasoning. And it’s worked! The Spurs finished the season with the sixth-highest offensive rating.

I do think there is a point to be made about how open and in-rhythm midrange jumpers have become undervalued as teams adjust their defensive schemes to defend the higher-value 3-pointers. But the Spurs take so many tough ones from the wrong areas of the floor that their games often seem like uphill battles. That has been especially evident so far in the playoffs. San Antonio has played inspired basketball and challenged the 2-seed Nuggets, but it’s hard to overcome the 3-point discrepancy: Denver shot 15-for-31 from downtown compared to the Spurs’ 5-for-17 in Game 4, and then doubled them up in Game 5; San Antonio lost both games, and is now down 3-2 in the series.

What conclusion does he come to? You’ll have to read it to find out, but still feel free to give your take in the comments below.

Discussing whether the Spurs’ midrange-heavy offense was a success
Source: Pounding The Rock