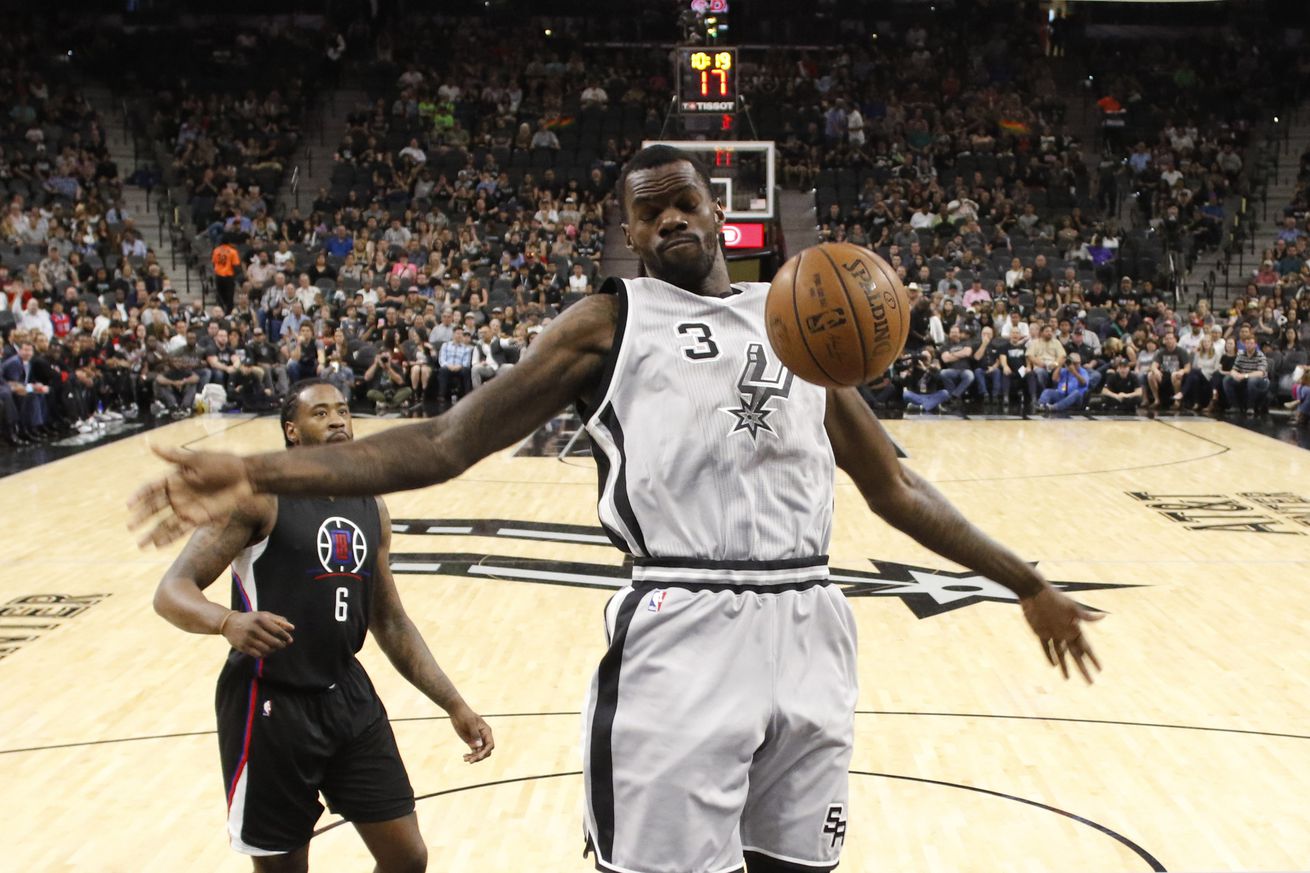 The Spurs’ starting center will miss a pivotal road game

Not much went right for the Spurs Thursday night in a Game 3 loss to the Grizzlies in Memphis, and things won’t get any easier for San Antonio Saturday night in Game 4.

Starting center Dewayne Dedmon has been ruled out with an illness.

Dedmon hasn’t played a particularly crucial role in the first-round series with Memphis — he has recorded games of two, two and zero points in the first three contests — but certainly missing a starter doesn’t help the Spurs’ chances.

San Antonio and Memphis are scheduled to tip off at 7 p.m. Saturday night in Game 4.

David Lee will replace Dedmon in the starting lineup.