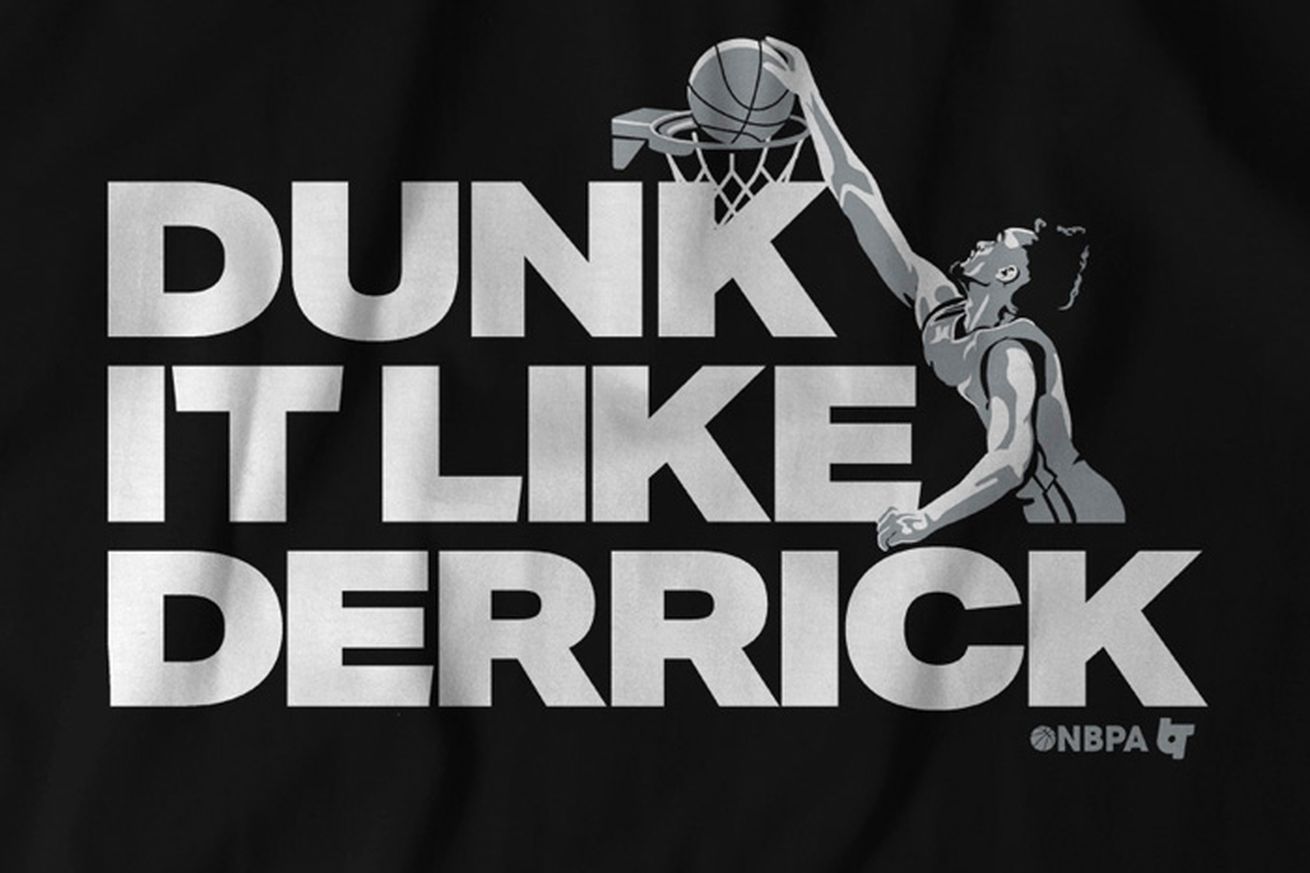 And now you can add his shirt to your wardrobe

This has been a year for Derrick White. After returning from an early season injury, Derrick was inserted into the starting line-up where he has thrived as a passer and dependable shooter from all over the court.

And just as the playoffs have heated up, White has gotten hot, scoring 16 and 17 points in the first two outings against the second seeded Denver Nuggets. But in Game 1, he had a huge dunk that put Paul Milsap on White’s poster:

Pounders loved that moment so much that we just had to add it to the collection of BreakingT shirts dedicated to the San Antonio Spurs. This is Derrick White’s first shirt, so fee free to grab one before they run out.

“Dunk It Like Derrick” commemorates his vicious playoff dunk that has set the tone for the series, and possibly his career. The silver font on black with White’s image commemorates the moment and his game.

All of BreakingT’s shirts are super soft, and last nearly forever. If you’re between sizes, go with the larger of the two. For anyone who doesn’t live in the U.S., BreakingT ships overseas. And in case you didn’t know, a portion of the profits come to me, which is the kind of thing that Mrs. Wilco uses to rationalize letting me spend so much time running PtR.