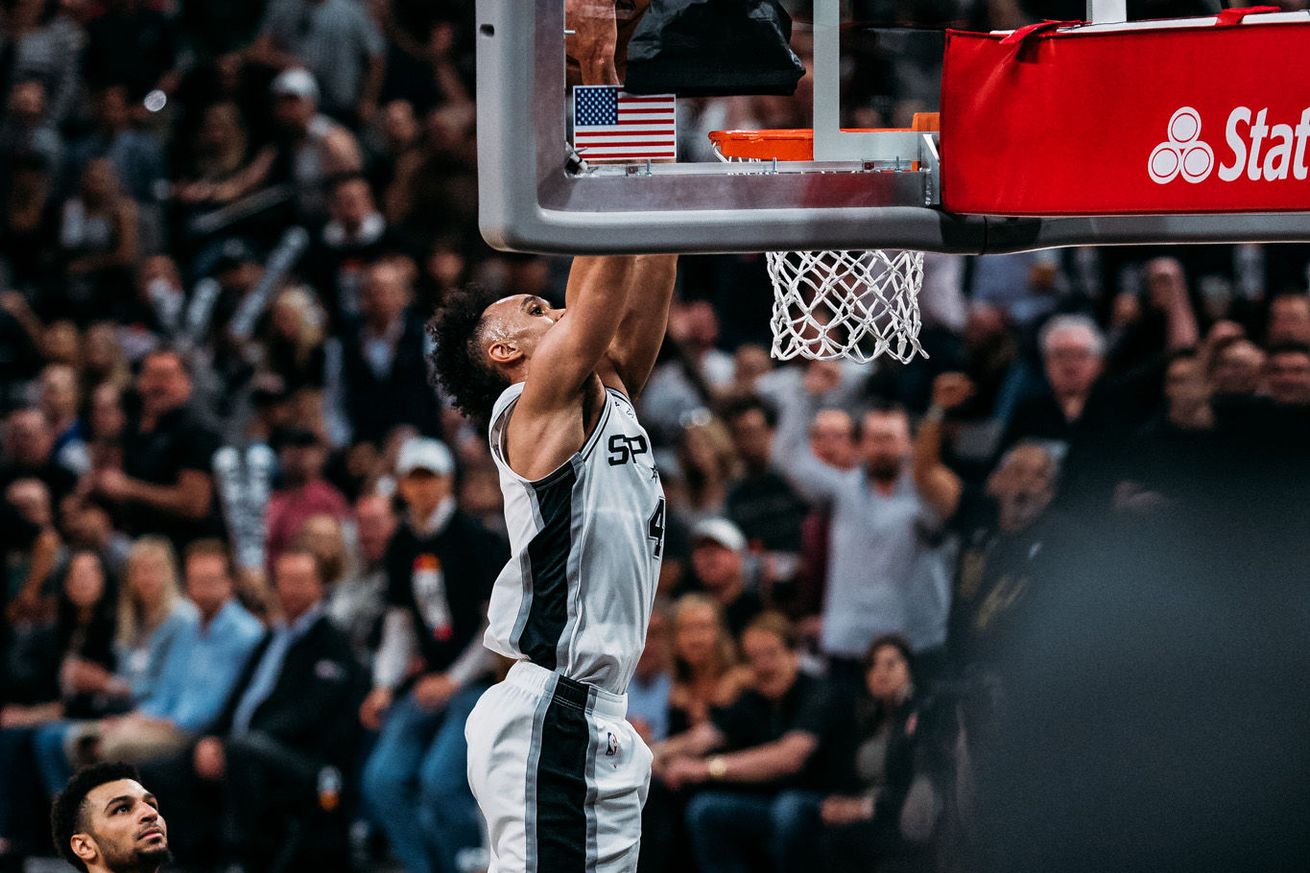 Rounding up some Derrick White articles after his breakout in Game 3.

If you haven’t noticed yet, Derrick White had himself quite a night in the Spurs’ Game 3 win vs. the Denver Nuggets. He scored a career-high 36 points, including 26 in the first half, setting a few milestones along the way.

Last time a Spurs guard not named Ginobili/Parker had 30+ points in a Playoff game: Avery Johnson in 1998.

Derrick White has 34 with 4 minutes remaining.

Derrick White tonight – 10th time in Spurs history a player has had 35+ points, 5+ assists and 5+ rebounds in a Playoff game.

Duncan, Parker, Moore, Anderson, Gervin the only others.

Derrick White is the first player to have 35+ points in one of his first three career starts since Isaiah Thomas had 42 for the Celtics in 2016.

It’s not every day a Spur gets so much attention, even in the playoffs, so it felt only fitting to give him his own round-up.

Derrick White’s breakout is earning him plenty of love from the media
Source: Pounding The Rock