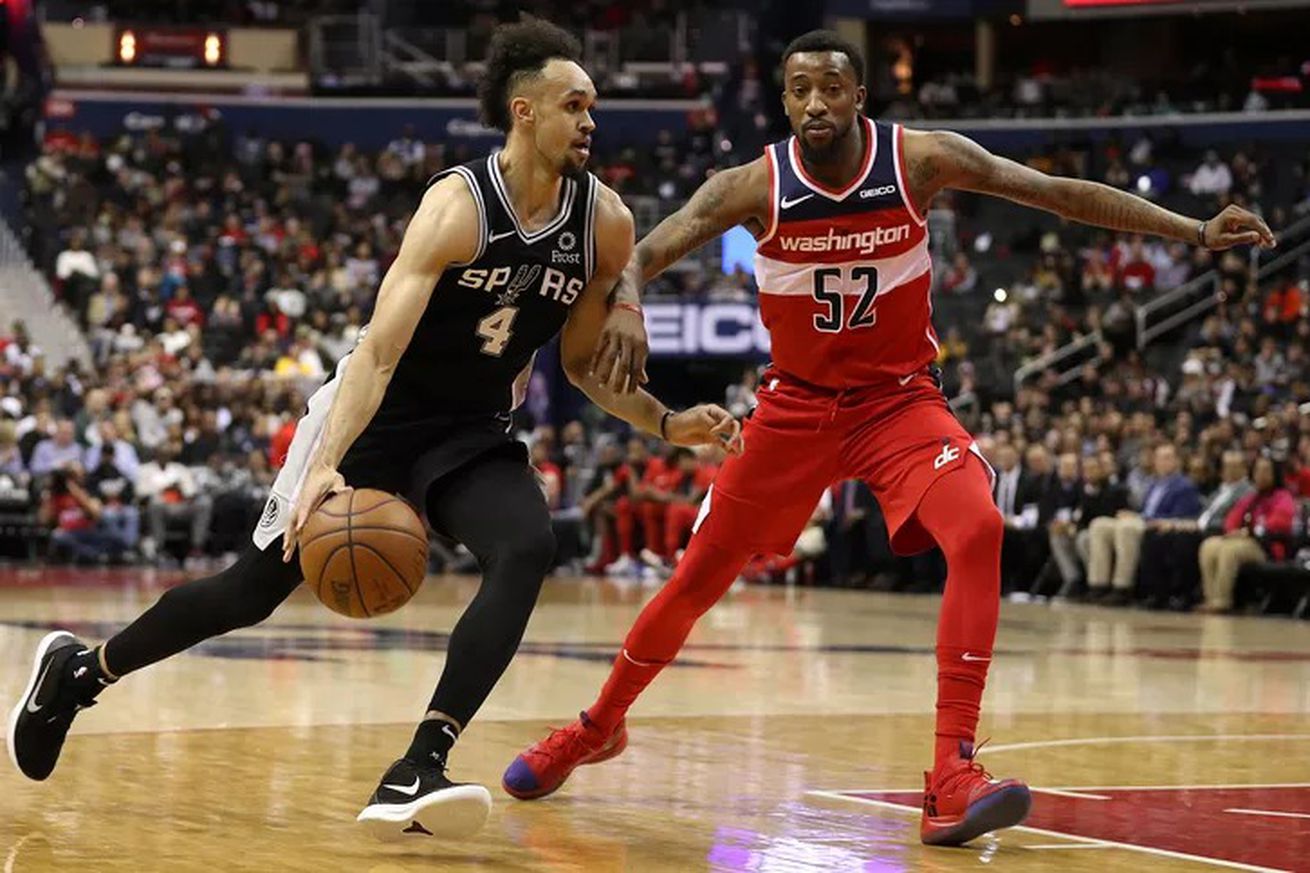 Hoping for more of these scoring drives for White | Patrick Smith, 2019 Getty Images

It happened in about the Spursiest way possible.

We are only Fabricio Oberto number of days (that’s seven!) away from the start of the NBA season. Over a dozen NBA veterans shared with ESPN writers about their respective first made field goals, and our own Derrick White chimed in with his:

“It was against Oklahoma City at Oklahoma City. I drove from the top, shot a little floater. It’s just special to have that first one, that first basket that not a lot of people could get, so I was happy about it. Growing up, floater would’ve been my best guess. Actually, if I was younger, I’d probably think 3 or something, but floater fit my game more than anything. I think I was guarding Russ [Westbrook], so I didn’t have time to celebrate.”

Not surprisingly, White’s basket came on a successful drive towards the basket, and in typical Spurs fashion, he got over himself quickly enough to defend Russell Westbrook heading back the other way. Though it seems as if we have had Derrick with us for a lengthy period of time, his basket came in only the fifth game played for the Spurs on December 3, 2017 — less than two years ago!

It is worth noting that Danny Green has made 1667 baskets so far in his career. Will White catch and surpass his former Spur teammate? Here’s to hoping he does so and all as a Spur!