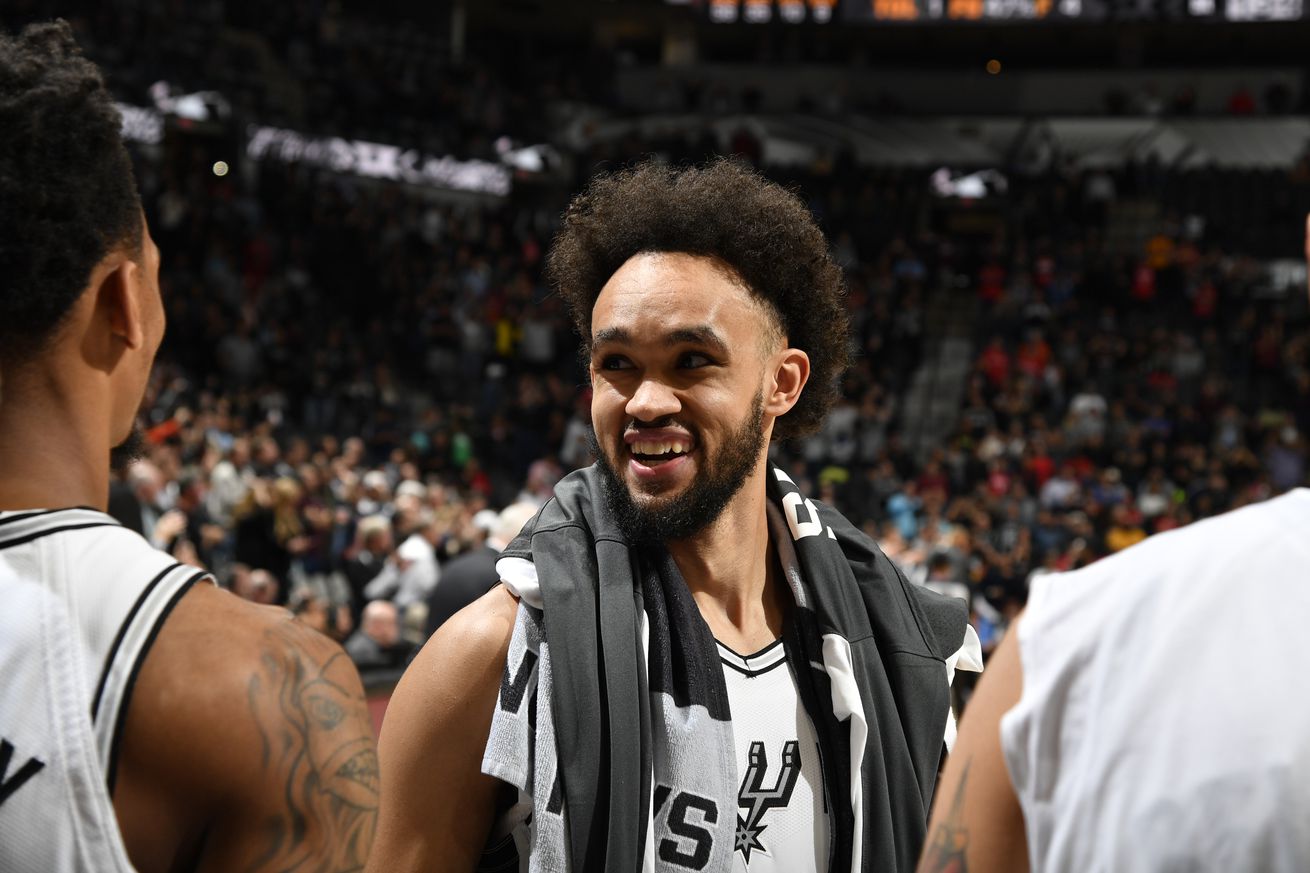 White was spotted in shoot around with his shorts on backwards. Accident or intentional?

Probably the biggest news of the entire offseason was the return of Tim Duncan to the Spurs bench as an assistant coach. Along with his advice, he brought one of his famous traditions: wearing his practice shorts backwards, which was derived from a time before he turned pro when he accidentally wore his shorts backwards and had a career game.

Although NBA rules wouldn’t allow him to wear his uniform shorts backwards during games, he kept the tradition alive in practice and still does to this day.

What’s even more exciting is it appears none other than Derrick White is helping him keep the tradition alive, as he was also seen wearing his shorts backwards during shoot around prior to the Kings game.

Notice the diagonal white stripe is pointing the opposite direction of everyone else. Hopefully this is intentional and not a minor wardrobe malfunction on White’s part, and he is in fact keeping Duncan’s tradition alive.