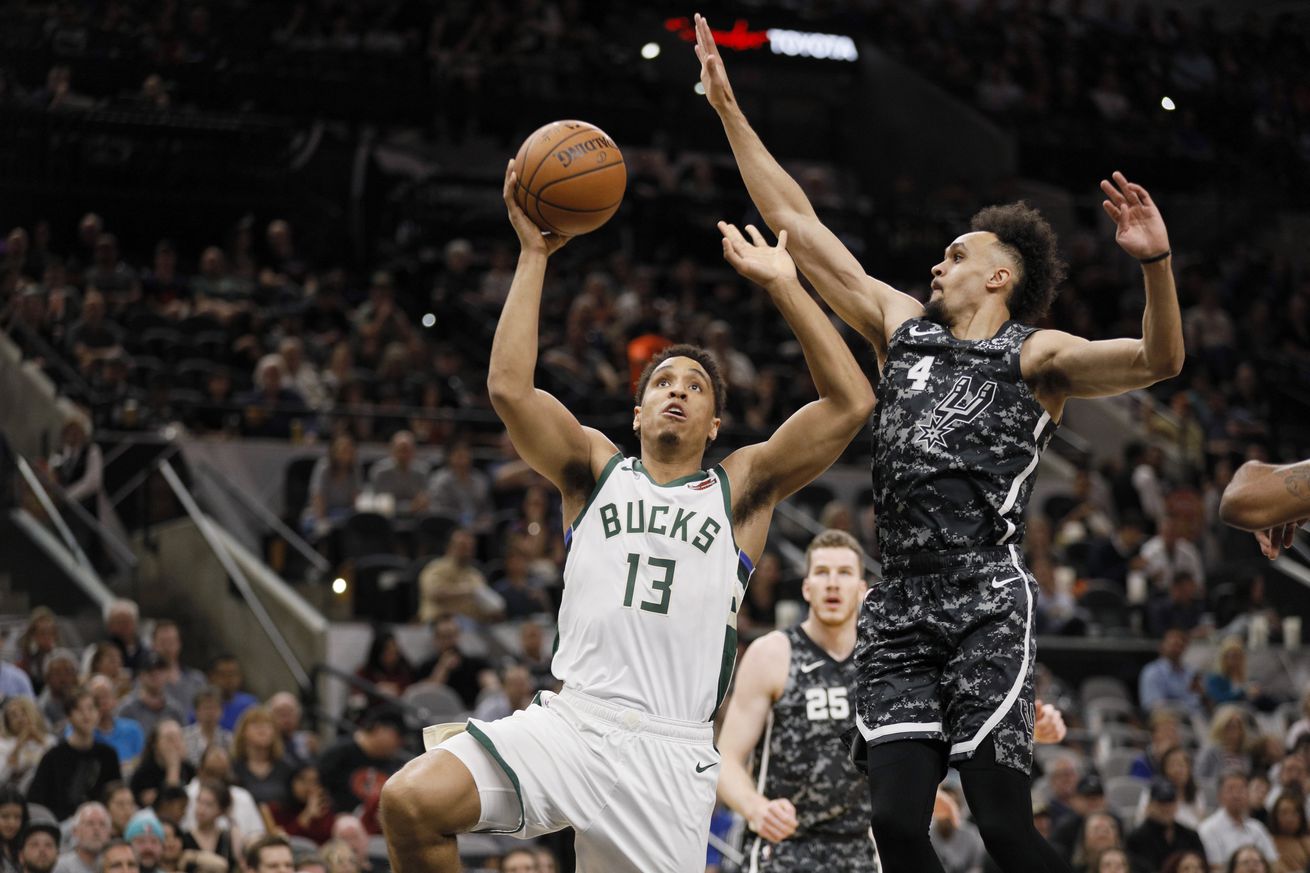 And this is just the beginning.

Derrick White’s defense has been a revelation. On a team filled with offense-first guards, his ability to hold his own against any perimeter player in the league is as crucial as it is unique. There’s no one else on the (healthy) roster who can provide even half of his defensive value. Unlike Beyonce’s fictional boyfriend, he is irreplaceable.

That alone makes him one of the most important perimeter defenders in the league, and it shows up in simple on/off numbers. The Spurs’ defense is 4.3 points better per 100 possessions with Derrick on the court, a number that compares favorably with many of the other top defensive guards in the league.

But there are better ways to measure impact. Plus/minus based metrics like RPM and PIPM add context to those on/off numbers to provide a better assessment of a player’s contributions. Derrick shines in those as well.

Defensive PIPM ranks him as the #1 defensive guard in the league and Defensive RPM has him 2nd among point guards, behind only Marcus Smart, and 5th among all guards.

He doesn’t fare quite as well in simple box score stats. Derrick is 27th among guards with 1.1 steals per game while his 0.8 blocks per game is good for 4th.

Digging deeper, NBA.com provides some numbers that show a little more of Derrick’s value. He contests more shots per game than any other guard and it’s not particularly close. He’s one of the best at defending the pick and roll ball handler, allowing the 2nd fewest points per possession of anyone who defends at least 5 such possessions per game. He’s also 1st among guards at defending in isolation, giving up just 0.78 points per possession.

That’s not surprising for anyone who’s spent much time watching the Spurs this season. Derrick matches up with the other team’s best perimeter player every night, and does his job every single time. He’s guarded James Harden, Kyrie Irving, Kawhi Leonard, Jamal Murray, Russell Westbrook, Kemba Walker, Luka Doncic, Jrue Holiday, and Bradley Beal on a majority of their possessions against the Spurs. One through three, it doesn’t matter, Derrick’s taking the biggest threat.

That’s not to say that Derrick is a stopper; the basketball equivalent of a shutdown corner. He can’t yet consistently take a single player out of the game the way the very best perimeter defenders can, but he makes everything the offense tries to run through whoever he’s guarding difficult. He challenges every pass and every shot. He’s always in the way, always in good position, and never quits on a play.

Highlights aren’t a great way to determine how good a player is, but they’re fun to watch, so here’s a small selection of clips of Derrick ruining somebody else’s good play.

Watching Derrick give as good as he gets in head to head match ups with the James Hardens and Kyrie Irvings of the league night in and night out, it’s hard to avoid seeing him as one of the best perimeter defenders in the game. Whether that will be enough to get him the nod for an All-Defensive Team is another question.

Unfortunately, Derrick’s got a couple of weak spots in his resume.

Having already missed 15 games, the most he’ll be able to play in this season is 67, while all of the other likely candidates will be in the high 70s at least. That’s not exactly a deal breaker, though. Just in the last three seasons, several guards have made an All-Defensive Team after appearing in fewer than 70 games.

He’ll also have to overcome the fact that he plays for a below-average defense, something there’s much less precedent for.

The Spurs are currently 20th in the league in defensive rating, though if their recent play continues, considering their remaining strength of schedule, they could easily approach league average by the time the season ends. If that’s the case, and if Derrick plays out the string, the two most compelling arguments against him lost much of their weight.

It likely doesn’t matter much to Derrick or the Spurs whether he gets the recognition. There are other deserving candidates and it would be difficult to make the case that he was snubbed if he isn’t selected. But he’s certainly played well enough to deserve the honor.

The more important question — given that we’re talking about a player whose journey has taken him from D-II college basketball to starting point guard for a playoff team in one of the most stacked conferences in league history in 4 short years — is just how much better he’s going to get.