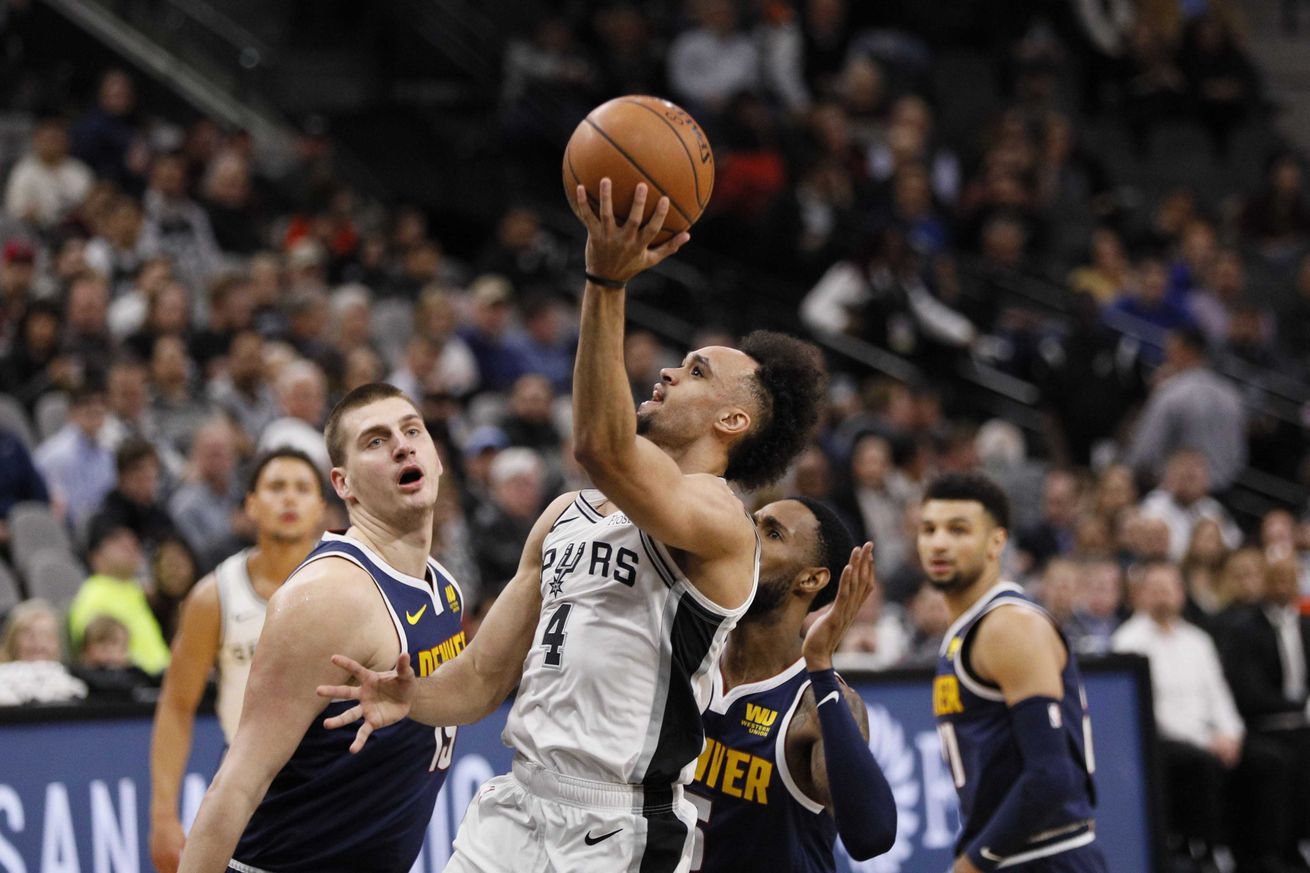 White had an unassumingly historical game against the Nuggets.

With every passing game, Derrick White continues to impress for the Spurs. When healthy, the second-year guard is already surpassing expectations on both ends of the floor. He can shoot from anywhere, create his own shot or for others, and is the best (available) perimeter defender on the squad. He’s the type of player who doesn’t always stand out when he’s on the court, but as we have seen he’s definitely missed when he’s off it.

He showed how dynamic his game is once again in last night’s win over the second-seed Denver Nuggets. Despite a relatively poor shooting night (11 points on 4-13 from the field, 1-6 from three), he had his usual contributions everywhere else with 9 assists, 4 rebounds, and 3 blocks. As Bruno Passos pointed out in last night’s recap, that unassuming stat line is actually quite the feat. It’s only the 25th time someone has posted those numbers in NBA history (20th if you want get really snooty and include his lone steal). He’s also the only Spur on that list and 6th-youngest player to do it.

Since returning from injury he has averaged 10.8 points, 5.6 rebounds, 4.4 assists, 1.8 steals, and 1.4 blocks in five of the Spurs’ last six games. There aren’t any highlights of his performance last night (yet), but his fourth quarter block of Gary Harris showed how far he has come from a scrawny high school senior whose only offer was a non-scholarship one from an NAIA institute more known for its culinary school.

As trying as this season has been with the roster turnover and injuries, the future of the Spurs back court is continuing to look bright. While there is already debate brewing over whether Dejounte Murray should replace White in the starting line-up next season, I say:

(I assume this debate is under the assumption that DeMar DeRozan will return to SG and someone else will start at SF. My opinion: keep things as they are and simply replace Bryn Forbes with Murray. I’m anxious to see how much he AND White together can sway the Spurs’ defense.)