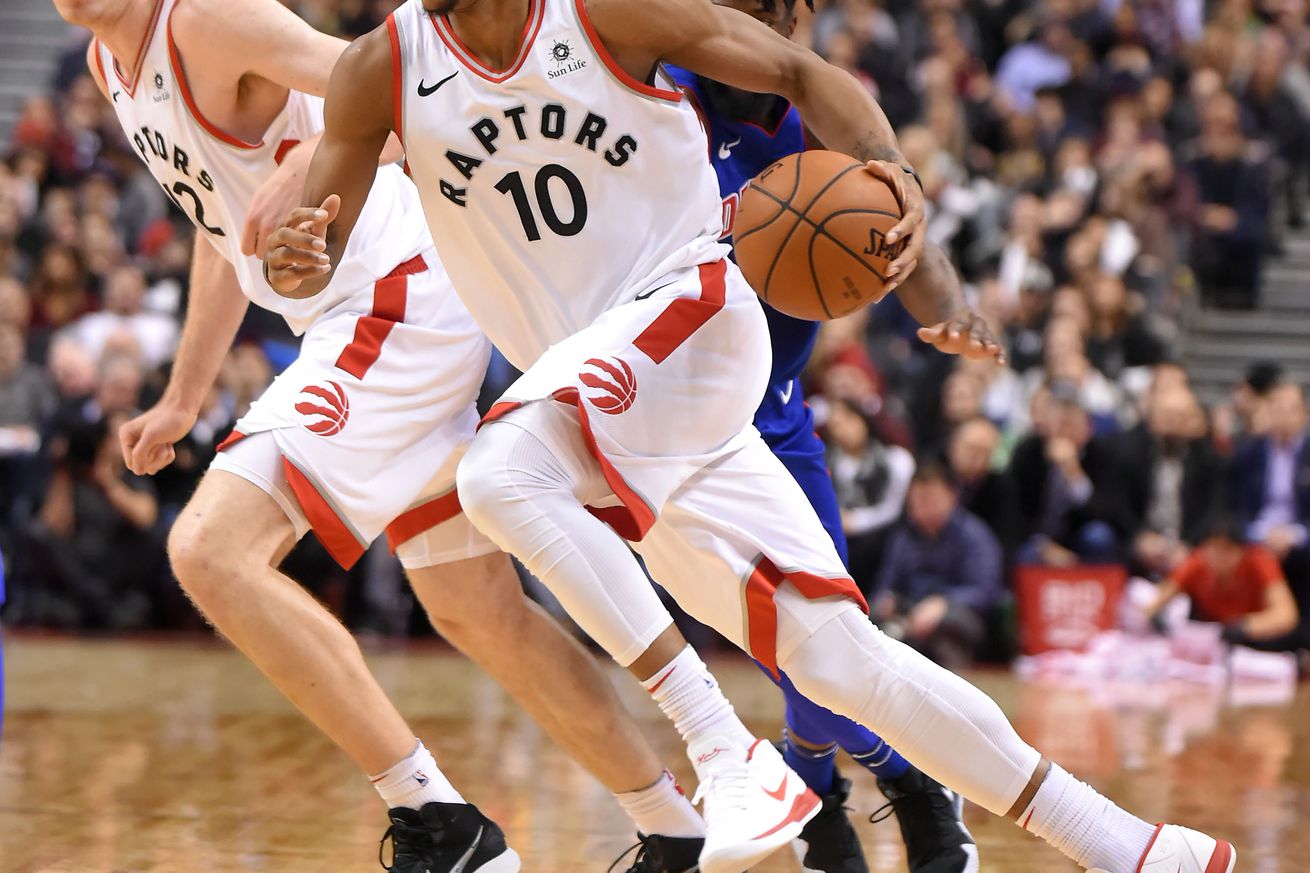 One of the Spurs newest players will help fill some gaps in the pick-and-roll.

The Spurs finished outside the top 10 in offensive rating for the first time in a decade, and much of that can be attributed to their struggles at executing the pick-and-roll. When factoring in shots that came from the ball-handler or passes from the ball-handler, pick-and-roll possessions accounted for roughly 33% of the Spurs offense last season. For comparison, the Spurs executed post-up plays 11% of the time, so while it felt as though the Spurs sole purpose last season was to feed LaMarcus Aldridge the ball in the post, that’s not necessarily true.

Spurs pick-and-roll rankings over the years

The Spurs have been consistently inside the top ten of the NBA in most pick-and-roll categories since this data starting being tracked back in the 2004-2005 season. The Spurs success in pick-and-roll ball-handling should come as no surprise, as both Tony Parker and Manu Ginobili have been strong floor generals throughout the majority of their careers.

While Tim Duncan was never better than an average scorer out of the pick-and-roll, he was a very good screener, giving Ginobili and Parker plenty of space to attack. The formula of having a good screener, downhill attacking ball-handlers, and shooters spacing the floor has been a highly-effective strategy for the Spurs over the years.

There has been a negative trend in the Spurs pick-and-roll attack the past couple years. Some of this can be attributed to age, and some to injury, but it will be interesting to see how the new pieces of the roster can work towards getting the offense back on track.

The numbers in the table below represent the Points Per Possession (PPP) of the Spurs pick-and-roll ball-handlers when shooting the basketball. With an average PPP of only 0.84, pick-and-roll possessions that result in the ball-handler taking the shot was the least efficient shot in the NBA last season – even more so than isolation. The Spurs were especially inefficient, with an average PPP of 0.80, exposing their lack of play-makers.

It becomes clear from the table that the Spurs lost their two best pick-and-roll scorers this summer, casting even more doubt on the Spurs chances to get things right on the offensive end. Parker started his career by being more of a scoring guard than a facilitator, as he shot the ball roughly twice as much as he passed the ball during pick-and-roll possessions. Whether by design or necessity, the second half of his career showed a change in strategy. His body was no longer able to attack defenses as often, so he became more of a facilitator while still remaining a very efficient scorer. Parker’s pick-and-roll scoring PPP always hovered around the 80-90 percentile of all players in the NBA. Factoring in his high volume of pick-and-roll possessions, he was consistently inside the top ten of pick-and-roll ball-handlers throughout his entire career.

Though Parker was always a threat as a scorer, the Spurs couldn’t have remained in the top ten of pick-and-roll ball-handler scoring with him as the sole play-maker. Ginobili was also an above-average pick-and-roll scorer for the first decade of his career. Once he became merely average in this regard, the Spurs turned Kawhi Leonard loose, and he became one of the most efficient pick-and-roll scorers in the NBA.

The strength of both Patty Mills and Marco Belinelli are as off-the-ball, spot-up shooters, as they are both highly inconsistent as a pick-and-roll ball-handlers. As Jesus Gomez pointed out, Derrick White has shown flashes of being able to score from every level as a pick-and-roll ball-handler. If he is able to replicate this skill on a consistent basis at the NBA level, he will provide a steady hand to a bench unit in desperate need of a reliable ball-handler. This is especially true if Ginobili ends up retiring, something he seems to be strongly considering.

Dejounte Murray has a lot of things going for him early in his career, but ball-handling is not one of those things. He has plenty of room to grow, and I absolutely expect him to do so, but right now defenses are able to go way under screens, making passing and driving lanes difficult to navigate through. He started showing flashes of having an acceptable mid-range game, which would be a huge step towards becoming a reliable ball-handler.

A strong mid-range game and learning how to deal with opponents going under screens are two things of which DeRozan has years of experience. Parker said last season he hopes to turn Murray into one of the best mid-range shooters in the NBA. With Parker out, hopefully DeRozan can take over Parker’s leadership role and teach Murray how to successfully work out of the pick-and-roll.

Since increasing his workload as a ball-handler, DeRozan has shined in pick-and-roll situations, finishing inside the 80th percentile or greater each of the last three seasons.

Similar to Parker and Ginobili early in their careers, DeRozan shoots the ball out of the pick-and-roll twice as much as he passes the ball. Last season DeRozan was closer to a 50/50 split, and hopefully that trend continues. I’m a firm believer in ball movement, and that’s something that’s been sorely missing in the Spurs offense the past few seasons.

If DeRozan is the primary ball-handler, what does that mean for Murray

I still believe Murray is the future Spurs point guard for years to come. That said, after looking at his offensive statistics as a ball-handler, he’s simply not ready to take full reign as a floor general. DeRozan’s biggest strength is his offense with the ball in his hands, so why limit DeRozan’s effectiveness by forcing him to play off-ball? If that is the plan, then why trade for him in the first place? Gregg Popovich always puts his players in the best position to succeed, so I fully expect DeRozan to handle the majority of the ball-handling duties next season.

Murray only took 27 three pointers from the corner last season, but he did shoot just under 41% on those attempts. With videos appearing throughout the summer of Murray working on his outside shot, I could see Murray spending a lot of time spotting up from the corners. He can then focus on defense and rebounding, two things the Spurs are going to desperately need next season.

This is Part 1 of a three part series. Be sure to check back Sunday and Monday for Parts 2 and 3.