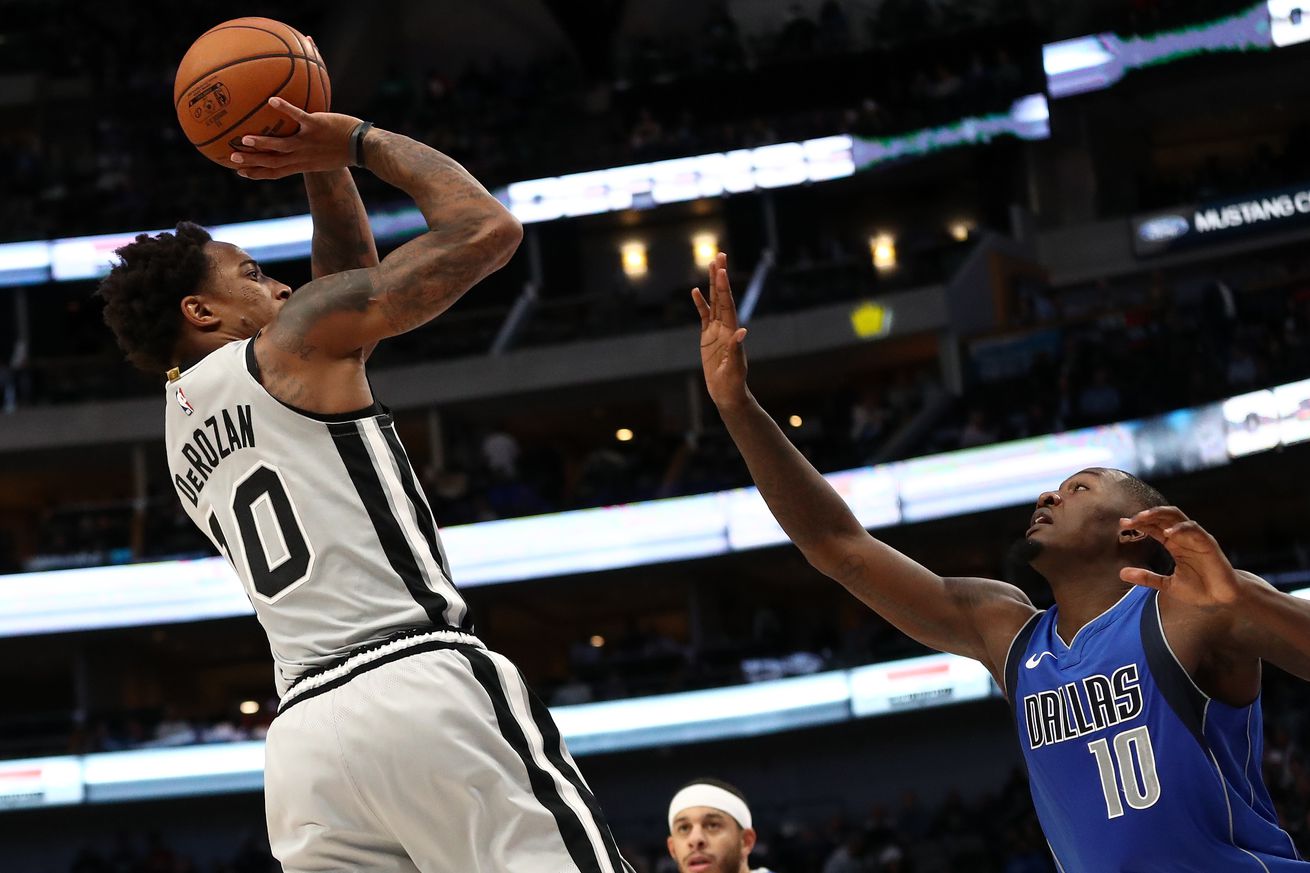 DeMar and DeMarre distinguish themselves from the pack

Few things went the Spurs‘ way in their 110-117 loss to the Luka Doncic-led Mavericks. Another sluggish start, meager three-point shooting, and a couple of serendipitous baskets for Dallas were the story of the night.

(this play totally went according to plan) pic.twitter.com/M6KxIdA0Yx

While the Silver and Black succumbed to the second-longest losing streak of the Gregg Popovich era, DeMar DeRozan did almost everything in his power to put their skid to an end Monday night. Admittedly, his defense was sub par for most of the game, but it’s hard to blame him for the loss when he finished as the only Spur to shoot above 50% from the field.

The former All-Star was aggressive from the get-go and actively sought to use size to his advantage against the Mavs smaller guards. DeRozan ended the night with 36 points, 8 rebounds, 4 assists, and committed a single turnover.

In other news, DeMarre Carroll found his way onto the court for just the fifth time this season. The eleven-year pro entered the game in the final frame with San Antonio trailing by 12 points and exited with the Spurs down 5 in a position to complete a massive comeback.

Carroll played outstanding defense and drained a huge triple to cut the Mavs lead to three with 5:05 remaining in the fourth quarter. It was an encouraging, albeit brief performance in his first meaningful minutes of the season.

DeMarre Carroll hits the triple to bring it within one possession on the Mavs pic.twitter.com/xNf167UWAo

San Antonio forked over a relatively hefty sum in Free Agency to acquire DeMarre this offseason. So far, that high dollar price tag hasn’t encouraged Gregg Popovich to give him ample run. Caroll is the 5th highest-paid player on the roster, yet he’s received the 11th most minutes.

DeMarre’s proven track record as an effective 3-and-D wing is part of the reason the Spurs brought him aboard this summer. It’s still early in the season, but allowing him to showcase his skills might provide answers for a team that has struggled to defend and knock home the three-ball with any consistency. Whatever the solution(s), the Spurs are in a rut, and something has to change to get them out of it.