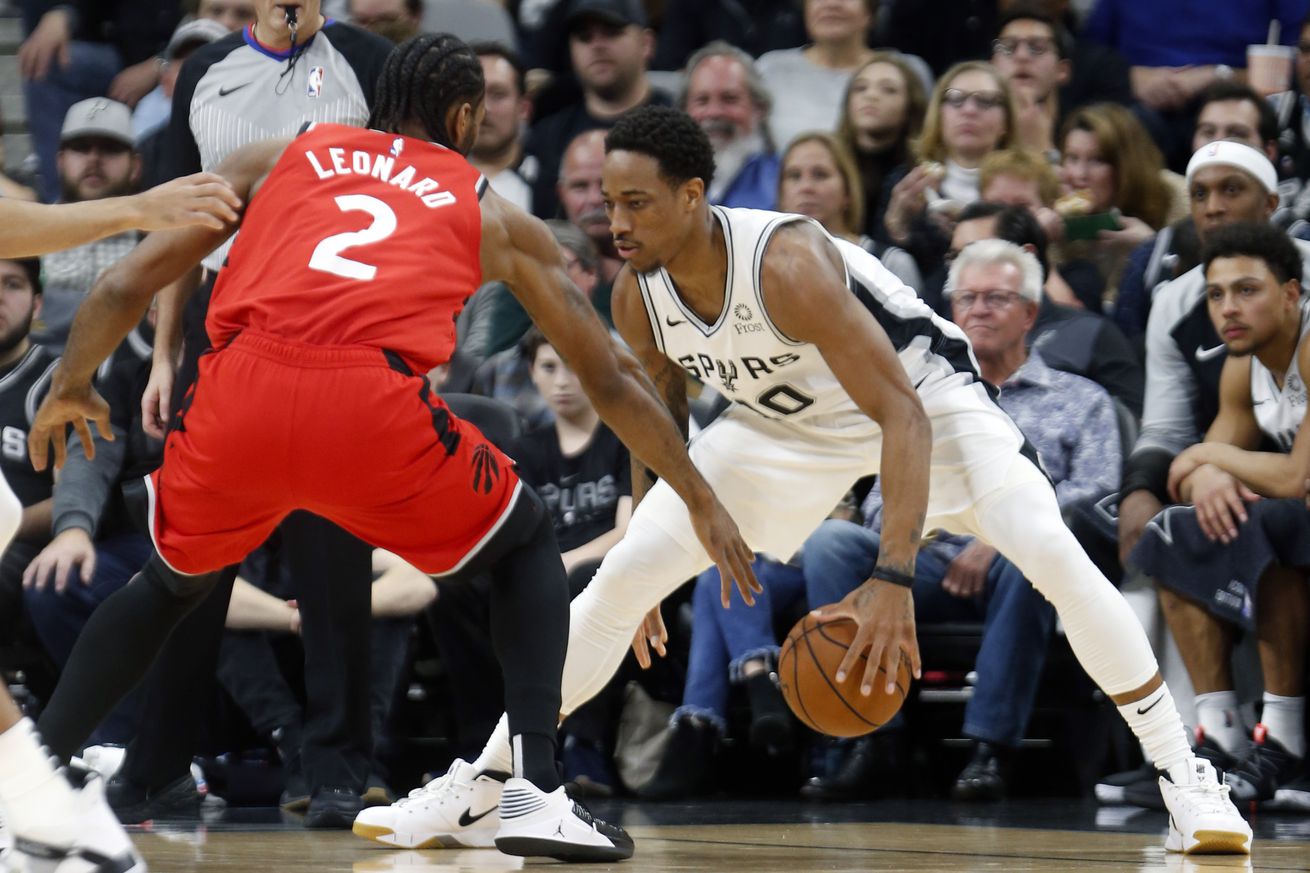 DeMar had a big night against his former team.

DeMar DeRozan said he had this game marked the instant the schedule came out and he’d be ready for it, and he has not disappointed. He had a 15-10-5 stat-line by halftime against the team that traded him (aka the Toronto Raptors), and by the end of the night he had the first triple-double of his career.

He achieved the accomplishment with an assist to LaMarcus Aldridge in the fourth quarter, and by the time he checked out with 4:06 left he had a stat-line of 21 points, 14 rebounds and 11 assists in the Spurs 125-107 blowout victory.