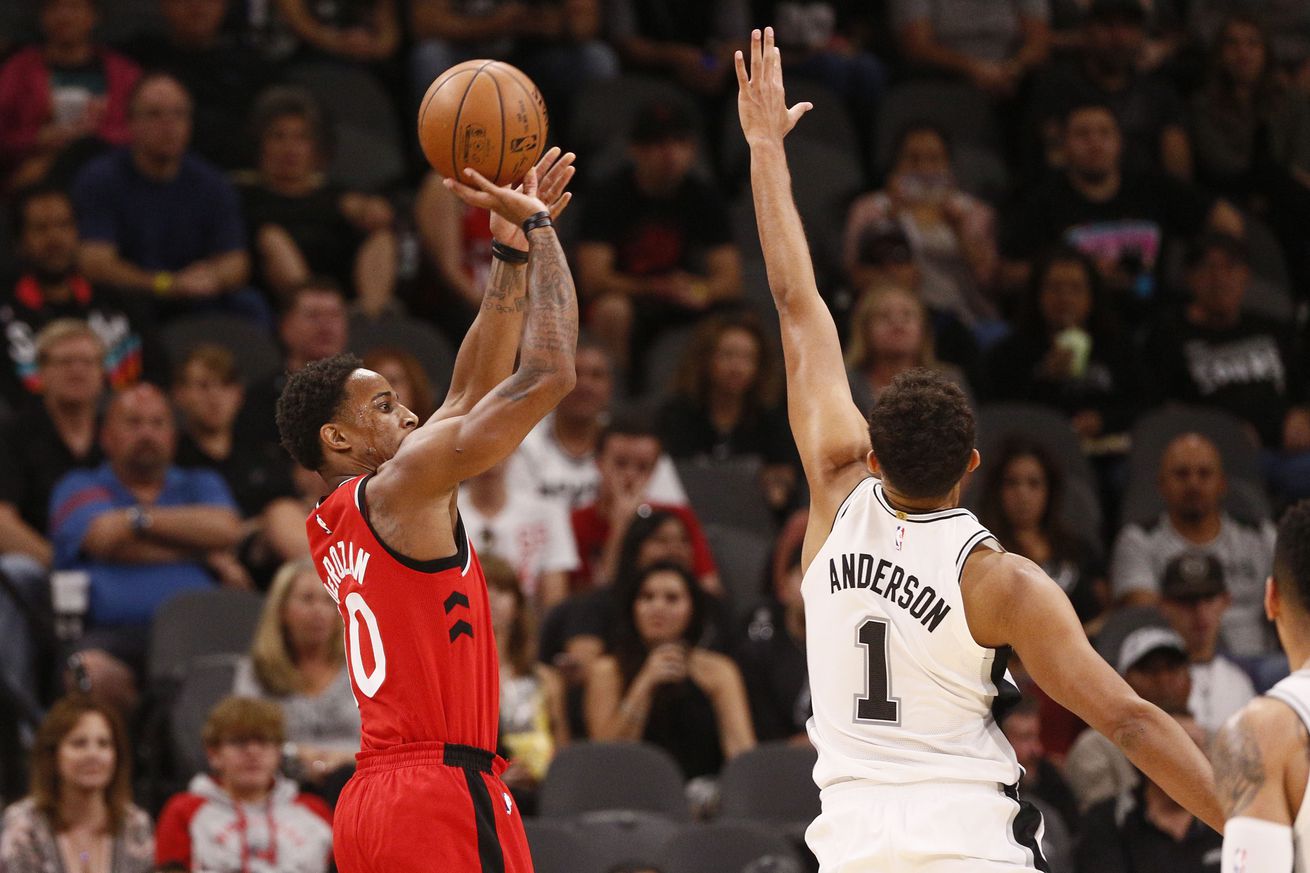 DeRozan appeared on ESPN to reflect on the trade and his time in Toronto, and look ahead to his future in San Antonio.

The Kawhi Leonard-DeMar DeRozan trade surprised a number of people — perhaps no one more than DeMar DeRozan himself, whose frustration with how he was dealt has been no secret since the news broke on July 18th. Roughly a week later, the All-Star wing sat down with ESPN’s Chris Haynes and touched on a number of subjects. You can (and should) watch the whole conversation here, but I’ve summed a couple of the Spurs-centric parts below.

One of the first people DeRozan spoke with after hearing the news? Former (and new) teammate Rudy Gay, who later convinced DeRozan to play in the Drew League last week. He talks about that phone conversation at the 12:00 minute mark:

At the 13:00 minute mark, Haynes asks DeRozan about playing for Gregg Popovich:

“First and foremost, I’ve always been a fan of Pop. Always spoke highly of Pop, even before I met Pop or knew Pop. There was just something about him from the way he run his team and the way he coached, his credibility, everything that stands out about Pop, you just gotta love. Me, being a basketball fan growing up and watching the Spurs… I remember watching them battle it out with the Lakers, I remember everything. So, to have this opportunity to play with a legendary coach at this point of my career. It think it’s one of those blessings in disguise. This is a cool moment to be with a guy like that… The first thing [Coach Casey] said to me when the move was made was I’m gonna love Pop.”

At the 14:45 mark, Haynes asks about DeRozan’s penchant for addressing and improving one aspect of his game every offseason and what that might be this summer. Here’s his reply:

“Honestly I never really let it show… But this time around it’s gonna be hell for a lot of people.”

At the 18:40 mark, Haynes asks: “What are the Spurs getting in a player like DeMar DeRozan?”

“A guy that’s proven himself time and time again, and this time around having the biggest chip on his shoulder ever. Ready to carry that over and play for a championship — period.”