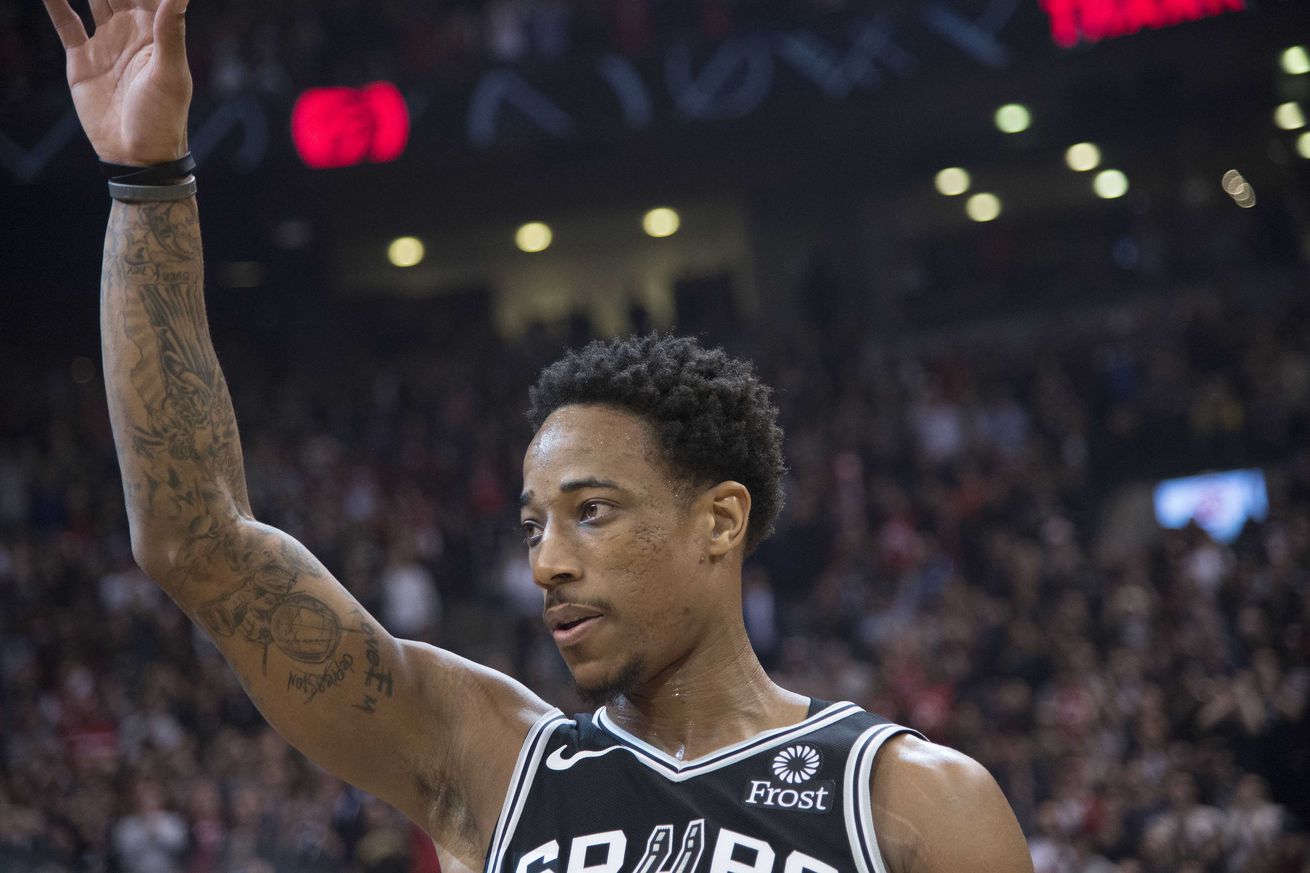 After his first season with the San Antonio Spurs, DeMar DeRozan sat down for an episode of Bleacher Report’s “Take it There” series, hosted by Taylor Rooks, to discuss a variety of topics, including his thoughts on his former team making the Finals, how he felt when he was traded, playing for the Spurs and Gregg Popovich (who apparently is horrible with technology and doesn’t even know the difference between Twitter and Instagram), and much more. . .including rapping.

You can watch the entire thing below, but the main quote making the rounds is how he feels about the narrative that the Raptors never would have made the Finals had the trade for Kawhi Leonard never happened. While he’s happy to see his former teammates, especially Kyle Lowry, in the Finals, he understandably feels a little betrayed and that his contributions to the franchise have already been forgotten.

“If it wasn’t for all the years and groundwork that I did before then, [Toronto’s Finals run] wouldn’t have been possible. I fought, I sacrificed. I pushed the limits to where I had to be the sacrificial lamb. You just have to sit back and understand, you are the reason so many things were even possible. To their credit, they probably felt like it was time to see what we can get to make that next jump.”

It’s worth noting that Raptors GM Masai Ujiri has credited DeRozan and former coach Dwane Casey for helping get them to the Finals and basically said they are there with them in spirit. . .

“I want to say Dwane Casey and DeMar DeRozan are part of this. They are part of our journey and how far this has come,”

. . .but that understandably only goes so far. Regardless, DeRozan is happy to be here with the Spurs and isn’t seeking to leave any time soon.

“I think I am very definitely happy where I am at.”

DeMar DeRozan feels he laid the foundation for the Raptors run
Source: Pounding The Rock