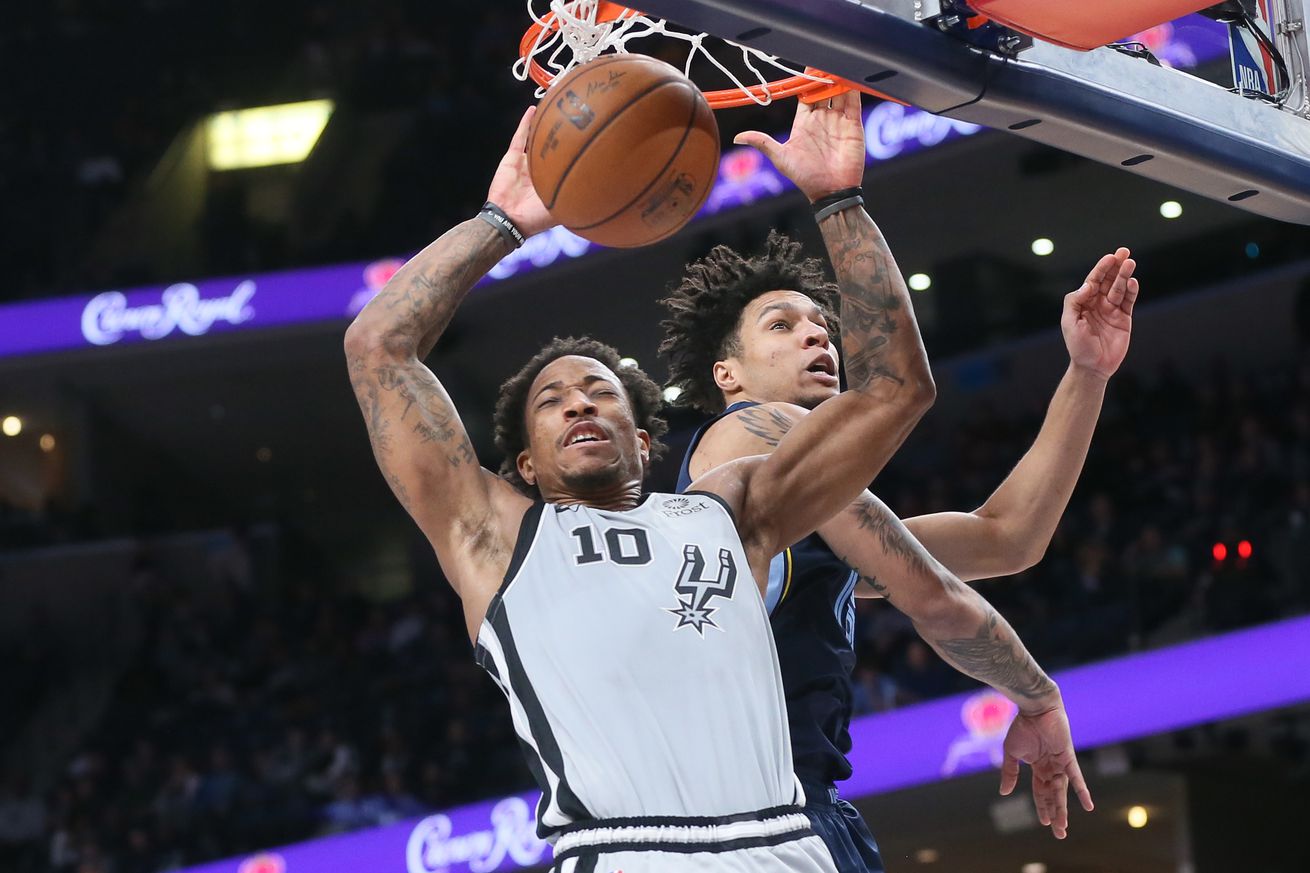 DeRozan shoulders the load in a disappointing road loss

DeMar DeRozan has played like a man deserving of an All-Star nod over his last 10 outings, putting on an unbelievably efficient shooting display that has landed him in rare company. Believe it or not, Dwyane Wade, Michael Jordan, Chris Mullin, and Adrian Dantley are the only guards in NBA history with longer streaks of 20 points on 50% shooting than the Compton native.

The four-time All-Star has scored more points than anyone not named James Harden or Devin Booker during this timeframe and done so while averaging 27.2 points and 5.7 assists on 64-43-90 shooting splits. Though these are truly mindboggling numbers, the Spurs have managed just a 5-5 record amid DeMar’s offensive explosion.

Friday night brought yet another masterful performance from the eleven-year pro, but the Silver and Black couldn’t muster a victory on the road. Despite DeRozan nearly collecting a 40-point triple-double, San Antonio’s offense fell flat late, and they came up short of completing a comeback in the final frame.

So if DeMar DeRozan is playing like an MVP, are the good guys capitalizing on his hot-streak? Well, sort of. The offense has improved by leaps and bounds, and the spacing has increased exponentially largely due to LaMarcus Aldridge acting as the resident stretch-five.

The Spurs rank second in points per game and lead the league in Field Goal, Three-Point, and Free Throw Percentage since December 21st. The only problem is their opponents have scored the fourth-most points, made the fourth-most triples, and dished out the third-most assists over this period as well.

Unfortunately, San Antonio also dropped out of the 8th seed, trading places with Memphis after their loss at the FedExForum to kick off the weekend, buthere’s still plenty of reason to be optimistic about the rest of the season.

Coming off back-to-back victories over two of the association’s best teams, this game was an accident waiting to happen. The Spurs might have been feeling a little too confident, and it was clear they weren’t prepared for the speed, hustle, and athleticism of the Grizzlies.

With that said, if the Silver and Black can shore up their defense and light up the scoreboard like they’ve done in recent weeks, I like their chances to turn the corner as we near the All-Star break, especially if DeMar DeRozan continues to knock down his shots at a historic rate.

He may not shoot threes like a true superstar in today’s NBA, but that doesn’t mean DeMar can’t help San Antonio fight for a record-setting 23rd straight postseason berth.