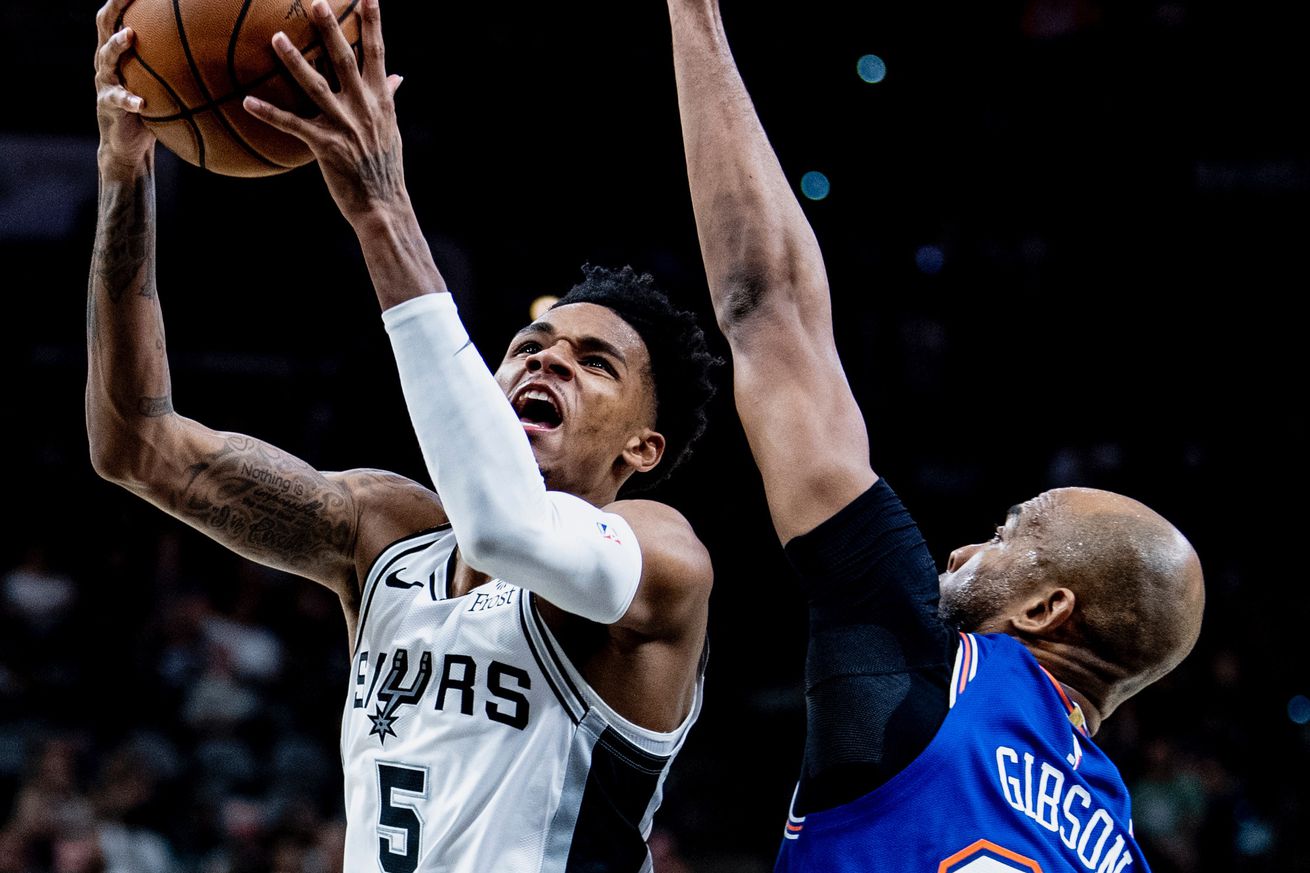 DJ’s triumphant return was a good sign for the future.

The Spurs season-opening win against the Knicks wasn’t always pretty, but one thing is for sure: it was great seeing Dejounte Murray back on the court for a meaningful game for the first time in 18 months. It was even better seeing him in such good form, like he hadn’t just missed an entire year of playing basketball.

Throughout his 18-point, 8-rebound, 6-assist, 3-steal performance, he showed Spurs fans a bit of everything. He drove to the rim in transition and half court sets. He jumped passing lanes, deflected passes and stripped ball handlers. He even hit a timely corner three while the Spurs were making their fourth quarter comeback,

Despite being on clear minutes restriction in which it appeared Gregg Popovich would only play him for so many minutes at a time before pulling him regardless of what kind groove he was, in Murray was ready every time he returned to the floor. He doesn’t have to be this good every night, but if opening night was any indication, he just might be the difference-maker the Spurs need to surpass last season.