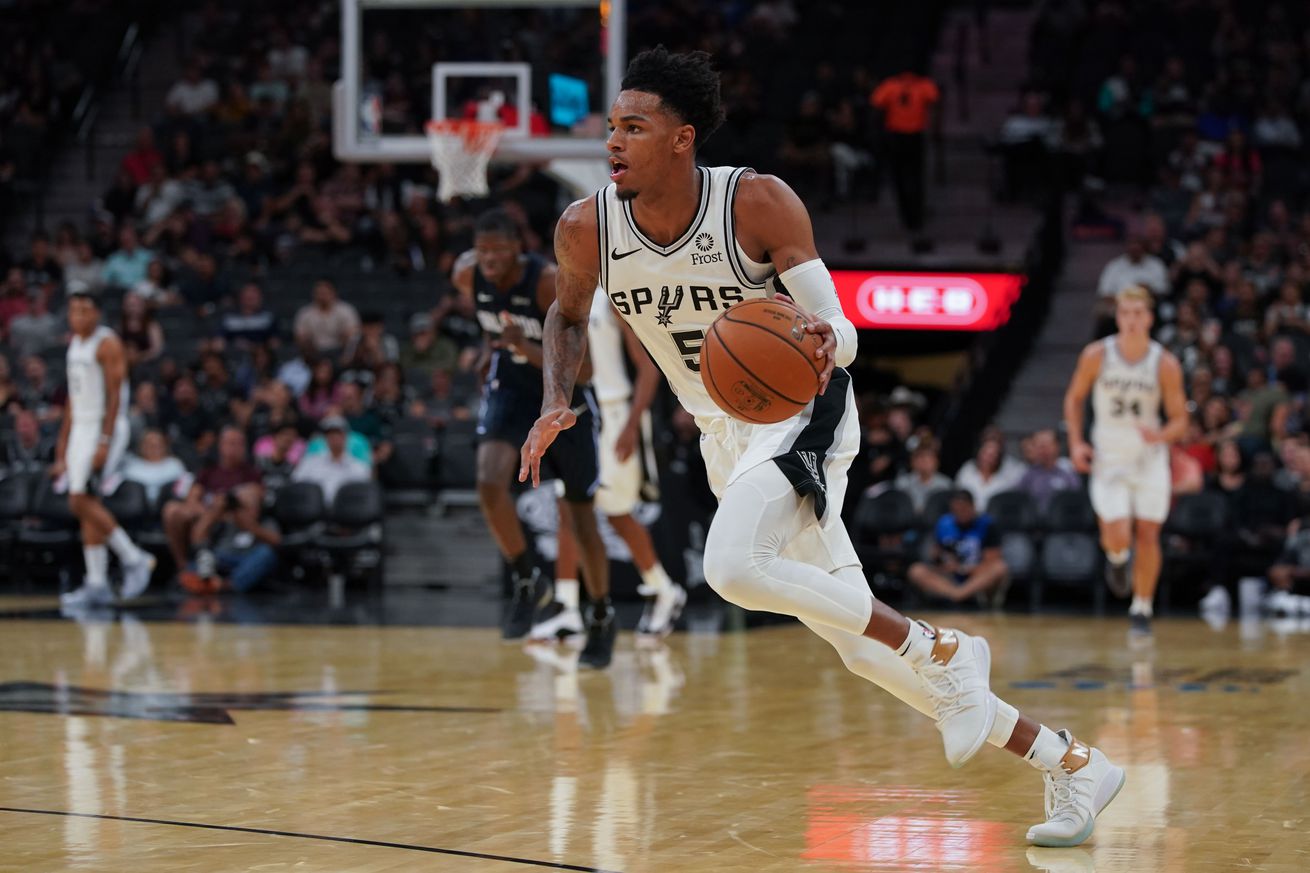 Murray’s new contract could easily turn out to be one of the best in the league.

Dejounte Murray should be a Spur for a long time. The young point guard has agreed to a four-year, $64 million extension to remain in San Antonio instead of testing restricted free agency next offseason and letting the market determine his value. (Hint: it will likely be more than this.)

It’s hard to overstate how good this deal is for the Spurs, and how unlikely it would have been under other circumstances. Had Murray not missed a season with a ligament tear, he’d surely would have commanded a bigger salary. If the preseason is any indication, he likely would have built his value back up if he had decided to play out this season first, but there was risk involved. The timing was perfect for San Antonio.

It can be dangerous to sign someone long term after the type of injury Murray suffered, but not for the number he agreed to, which is almost half of the max he could have gotten. It’s reminiscent of the extension Stephen Curry signed following his rookie contract with the Warriors, after ankle injuries tanked his value. That contract turned out to be one of the best in league history and allowed Golden State to keep some resources to build around its franchise star. Murray is of course not on Curry’s level and almost surely never will be, but he won’t need to be for his contract to remain, at the very least, a fair deal. As long as he’s a solid starting point guard who avoids major injuries, he’ll be worth the $16 million average yearly salary he’ll get paid. If he continues on the trajectory he was on before missing time and becomes a borderline All-Star, his contract will be an absolute steal.

The extension is such good value for San Antonio that it’s actually a little strange Murray agreed to it, especially considering the lack of star power in next year’s weak free agent class. Had Murray stayed healthy and proved to still be a great defender with an improving jumper, he probably would have gotten a much bigger offer sheet from some team next summer, which the Spurs would have had to match to avoid losing him.

Rich Paul has experience getting his clients paid in restricted free agency, which makes it even stranger that Murray decided to skew that path. The only viable explanations as to why he signed the extension are that he either really valued financial security after his injury and was comfortable with his place in the franchise, or he knew his value around the league is lower than perceived from the outside. Regardless of which one it is, the Spurs were smart to act quickly.

The extension, as undeniably great as it is on its own, does have some minor drawbacks at the team level. For one, it immediately reduces the amount of cap space the Spurs can carve out next offseason. Murray had a very small cap hold that will now be replaced by his contract figure, limiting San Antonio’s cap flexibility somewhat. It’s not a huge concern, since the front office could still create significant room if needed, and next year’s class is, as previously mentioned, not the strongest. But it’s worth mentioning since it could potentially come into play next offseason when San Antonio will have to either re-sign some players like Jakob Poeltl, Marco Belinelli and Bryn Forbes or replace them.

However, the real issue the extension brings to the forefront has less to do with cap machinations than with the latent questions about balance and chemistry within the roster. We still don’t know if Murray can play next to DeMar DeRozan and Derrick White. DeRozan could opt out next offseason, nullifying any concerns about persistent fit issues, but after breaking out last year, White figured to be a part of the Spurs’ core. Now he’s been relegated to backing up a player in which the team has made a long term investment, which could lead to him wondering if he’s actually in the franchise’s plans for the future after all. Making sure White is happy and figuring out if he can actually share a backcourt with Murray just became a priority since next summer, White will be the one eligible for an extension, and Forbes, who fits seamlessly next to Murray, will become a free agent. (It is worth noting that the Spurs have exercised White’s fouth-year option, so any extension he signs would kick in after the 2020-21 season.)

There’s still a full season to figure out all that, fortunately. Right now it’s impossible to be too worried about any potential negative ramifications of such a fantastic move. The Spurs get to keep a promising young player on a great value deal as they prepare to build their next great team. That’s undeniably a win and should be celebrated as such.

Murray’s contract situation was always going to be the first big test for this reloading Spurs squad, and they handled it beautifully. The future looks bright in San Antonio, and it includes Dejounte Murray.