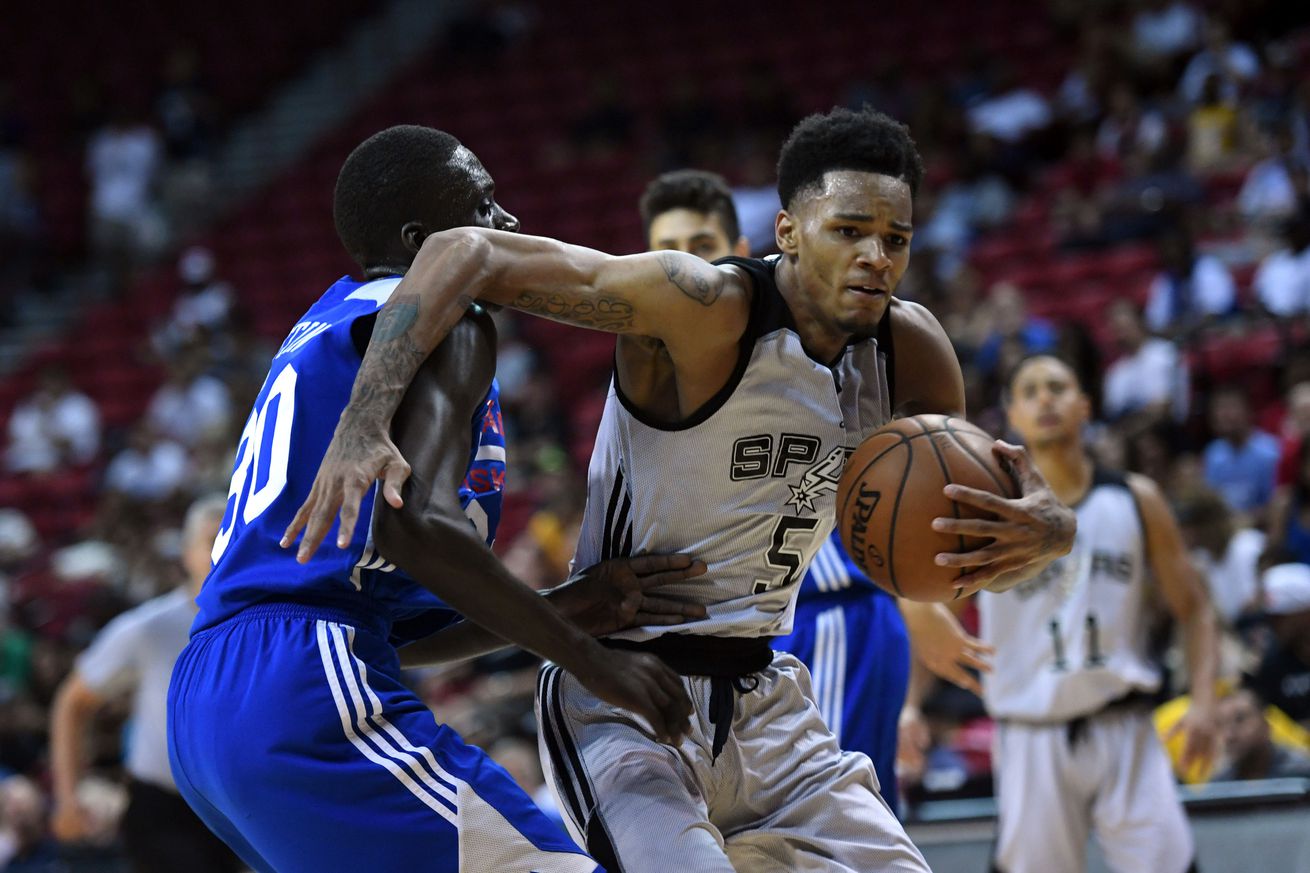 Dejounte Murray was seen taking in the Lakers and 76ers summer league match-up with LeBron James. Ben Simmons joined James and Murray on the baseline for the Summer League tournament game.

Murray is represented by Klutch Sports Group, which was founded by LeBron James‘ friend and agent, Rich Paul. So its not a surprise to see them hanging out together. This could come in handy as soon as next summer with the 2018 free agency. Could Murray’s relationship with Lebron fuel LBJ-to-San Antonio rumors next season?