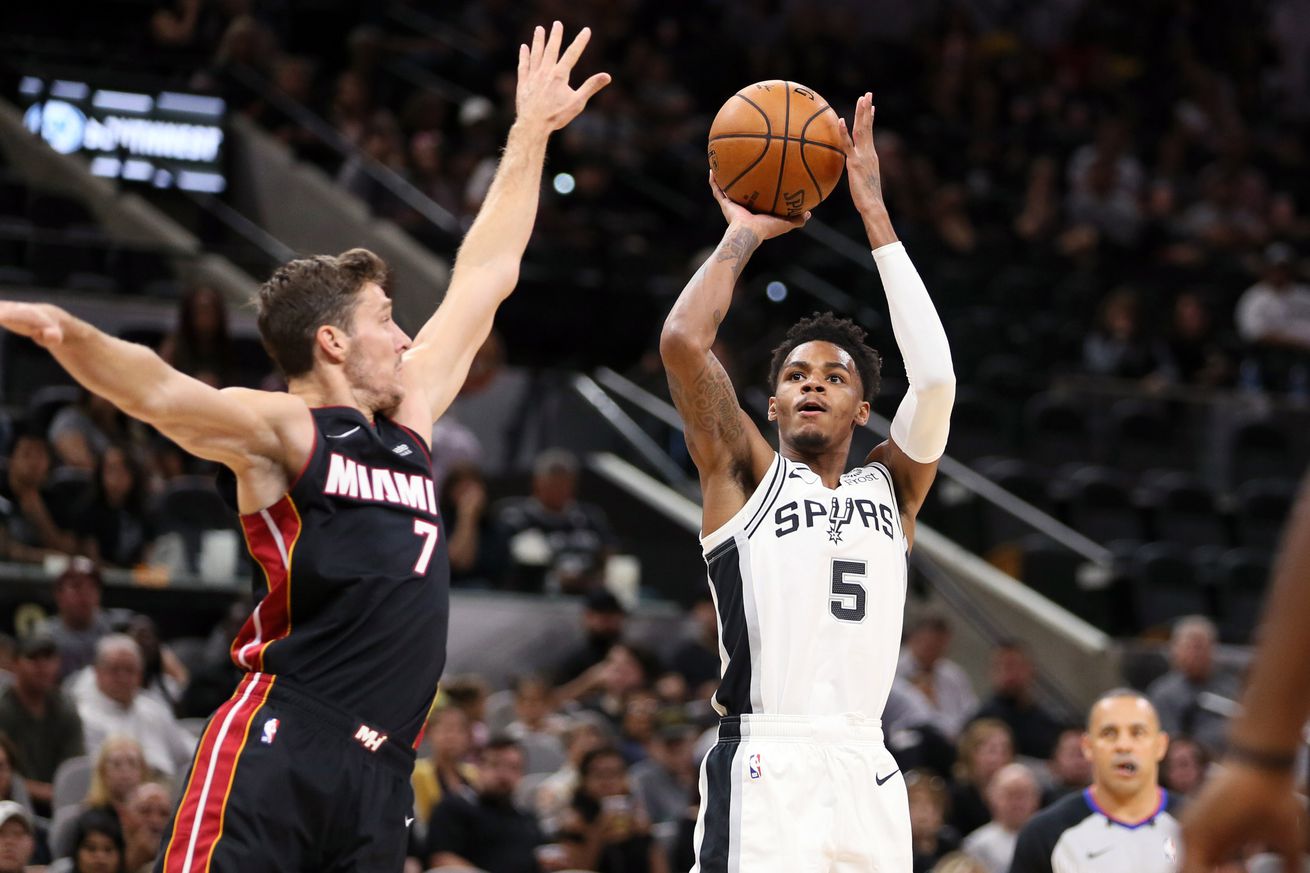 It’s just a light scrimmage, but DJ’s giving plenty of reason to get excited about next season.

It has been nearly 8 months since Spurs starting point guard Dejounte Murray tore his ACL in the preseason, and he has been working hard to get back to the court ever sense while frequently updating us on his status via social media.

In his latest post, he shows off an array of shots in the some off-the-screen drills, ranging from floaters, to post-ups, the mid-range, and even all the way out to the three-point line.

Murray has been working on his offensive arsenal since last summer, but he never got to show it off this season. If this video is any indication, he has come a long way. While, there’s only so much that can be taken away from light scrimmage workouts compared to the real deal, it just adds to the intrigue of what kind of improvements the Spurs will make next season with his return.

Obviously the defense will improve, but there are legit concerns about what will happen to the offense when he presumably replaces Bryn Forbes in the starting line-up. If Murray and Derrick White can develop their outside shots more, it will help balance out the mid-range heavy duo of LaMarcus Aldridge and DeMar DeRozan. If this video is any indication, there’s plenty of reason to be excited about next season. Too bad this one is still on-going. . .