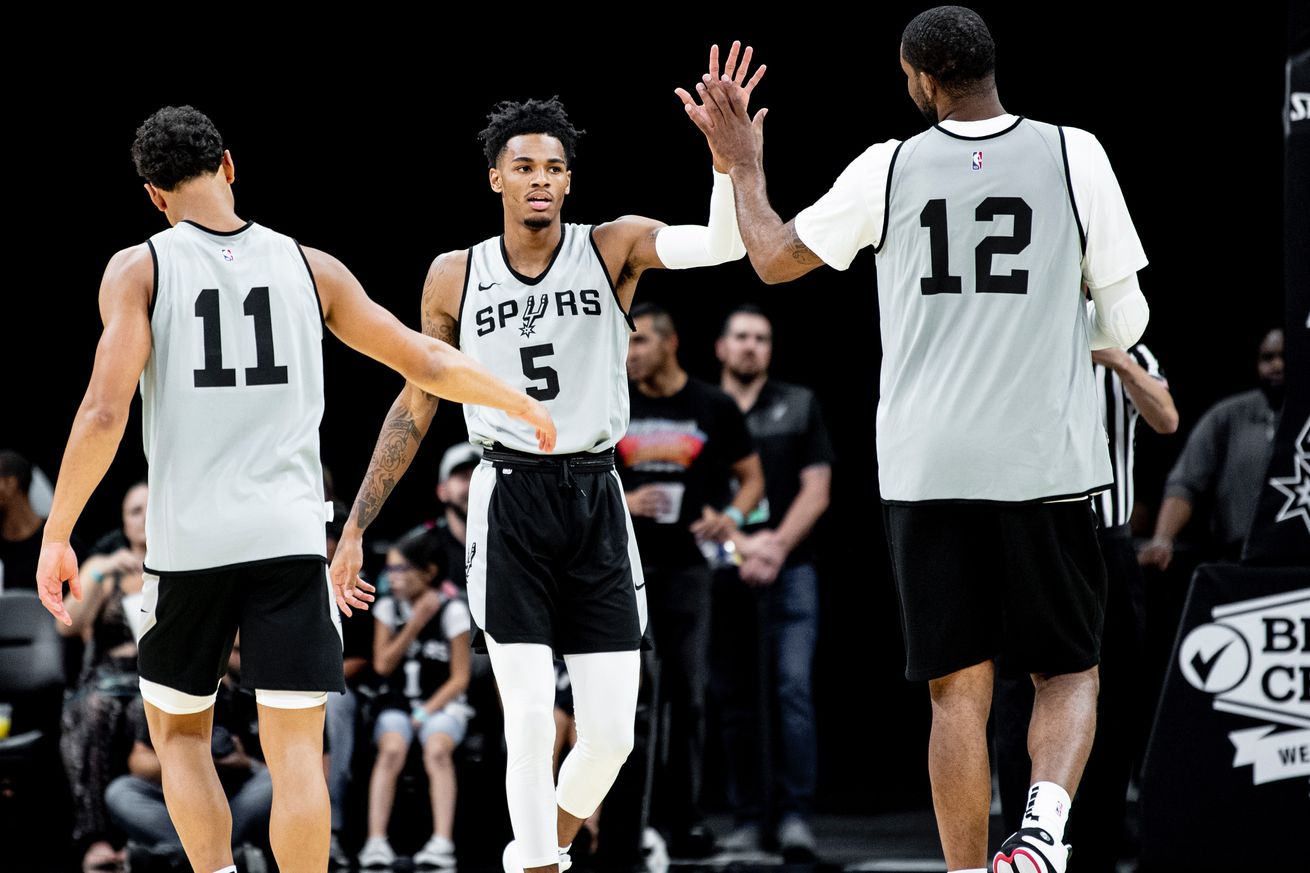 Some of the offense that had been missing from the first two preseason games finally showed up.

The Spurs held their annual Silver and Black Scrimmage Thursday night, although it may have skated by unnoticed by some with the odd timing of a week night after the preseason has started — the result of the NBA beginning the regular and preseason earlier, therefore leaving just one week for actual training camp.

Below are some observations from the scrimmage, and you can watch the entire thing by visiting the Spurs’ Facebook page. Due to some technical difficulties, the broadcast doesn’t begin until about the 13:50 mark, and tip-off begins just after the 23-minute mark.

nothing but good vibes tonight

The 19th overall pick makes his presence felt with a spot-up three on one end and a block on the other.

This is the kind of two-way versatility that should have San Antonio Spurs excited for the rookies future with the franchise. pic.twitter.com/1CmdCfxOLV

The Spurs will continue with the preseason against the New Orleans Pelicans on Sunday Oct. 13 at 3:00 PM CT. It will be top overall pick Zion Williamson’s first and last appearance at the AT&T Center until April due to a scheduling quirk, so if you want to see him in action be sure to go check it out!