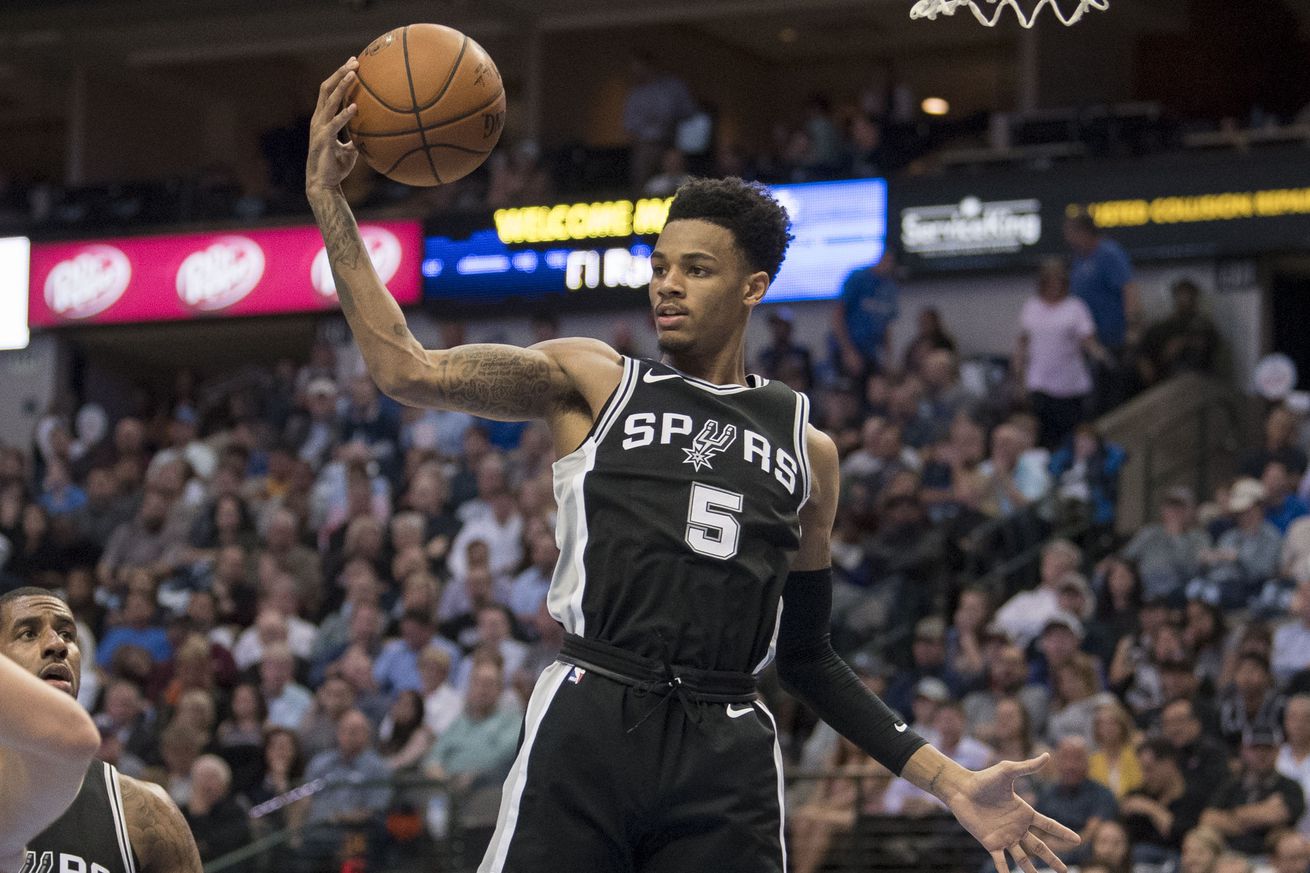 As 2017 winds down, Murray’s achievements come into focus.

As the 2017 season began, Dejounte Murray found himself in a new position: starting point guard for the San Antonio Spurs. He garners as much support as criticism whether his length is being attributed to his defensive ability or his dribble is being blamed for turnovers. Like him, love him, or keeping the jury out a little longer, one thing is certain- the man can rebound.

Take a look at the full length portrait of Murray pulling down a board against Dallas last November:

Dejounte looks like he floating effortlessly, almost comically like Dave Chappelle as Prince in the Charlie Murphy basketball sketch (check it out at 4:36), you can almost hear Murray saying “Game. Blouses”. Even LaMarcus Aldridge looks astounded by Murray’s form as he slowly lowers himself to the ground.

Dejounte Murray started off this season by pulling down 10 rebounds in the second game of the season against the Chicago Bulls. Two nights later Murray grabbed 14 boards while playing hostto the Toronto Raptors, and those two double-digit rebounding nights for Murray tied with Rod Strickland for most by a point guard in Spurs history.

Just to clear, there have been 44 shooting guards in addition to all of the other point guards who have suited up over the last two decades. Keep in mind some of those guards, like Tony Parker and Manu Ginobili, have logged a lot of seasons, where others like Othylus Jeffers and Shannon Brown have just a few games through 10-day contracts.

During those 20 years, only Derek Anderson, Manu Ginobili, and Danny Green have had season where they’ve had double-digit rebounding nights 3 times in a season. Manu has accomplished that feat during 3 separate times. Stephen Jackson had two double-digit rebounding nights during the 2002-03 Championship season. But no Spurs guard during the Popovich era procures the carom as well as Dejounte Murray.

And we’re not even halfway through the season yet. There’s a chance Dejounte could be in his own category by the end of the 2017-18 campaign.

So as we go into 2018, we will keep your watching Dejounte as he makes his mark on the Spurs culture and sets the bar higher than he found it.

The Thread is open. Please continue to submit Spurs Resolutions for the New Years Day post. Have a safe and enjoyable New Years Eve.