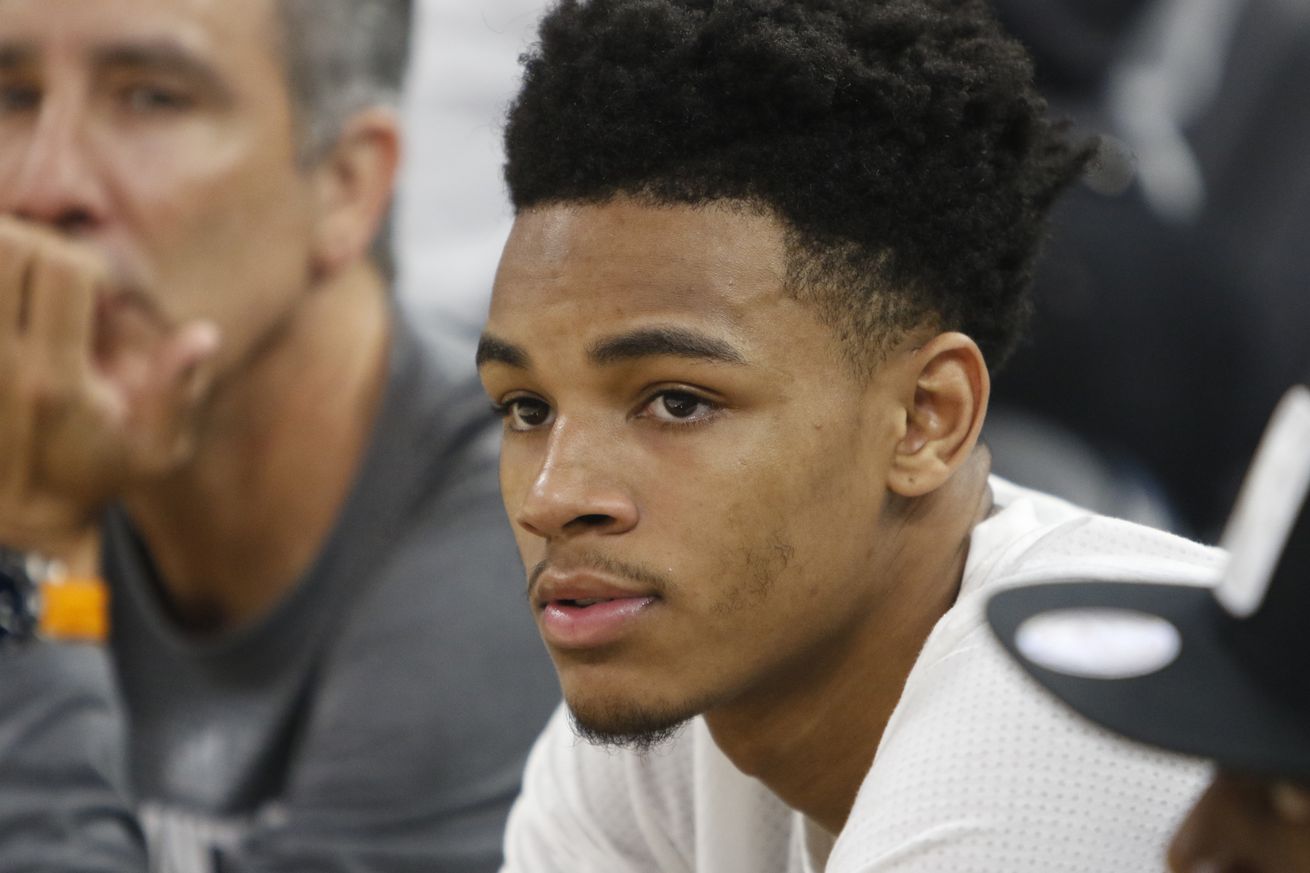 Still recovering for an ACL, but the timeline is looking good

A great piece by Jeff McDonald for the Express-News highlights the progress of Dejounte Murray is making on his road to recovery. Although the defensive stalwart is not expected to return this season, he was seen in Spurs warm up gear kicking out balls to Bryn Forbes and Davis Bertans prior to the game against the Boston Celtics yesterday.

Despite not playing, Murray has been cleared to work out and recently posted that he had indeed dunked during a session:

Today Marks 5 Months And I Got My First DUNK!! ✊ pic.twitter.com/EJ41zUaadl

Damn God Is Great, Back Perfecting My Craft!! Fall Down And Get Back Up Always! ❤️ #DM5 pic.twitter.com/5ACxFDqwAN

Murray has been out since injuring his ACL during a preseason matchup against the Houston Rockets. He ended last season garnering NBA All-Defensive Second Team honors.

The absence of Murray has opened the door for Derrick White and Bryn Forbes to shine only making next season look brighter for the Spurs all around.

The pairing of Murray and White in the backcourt promises to be the focus of the Spurs renewed defensive prowess.

It’s great knowing Murray is improving, that he is putting in the hard work toward recovery, and looking forward to joining his team as soon as possible.