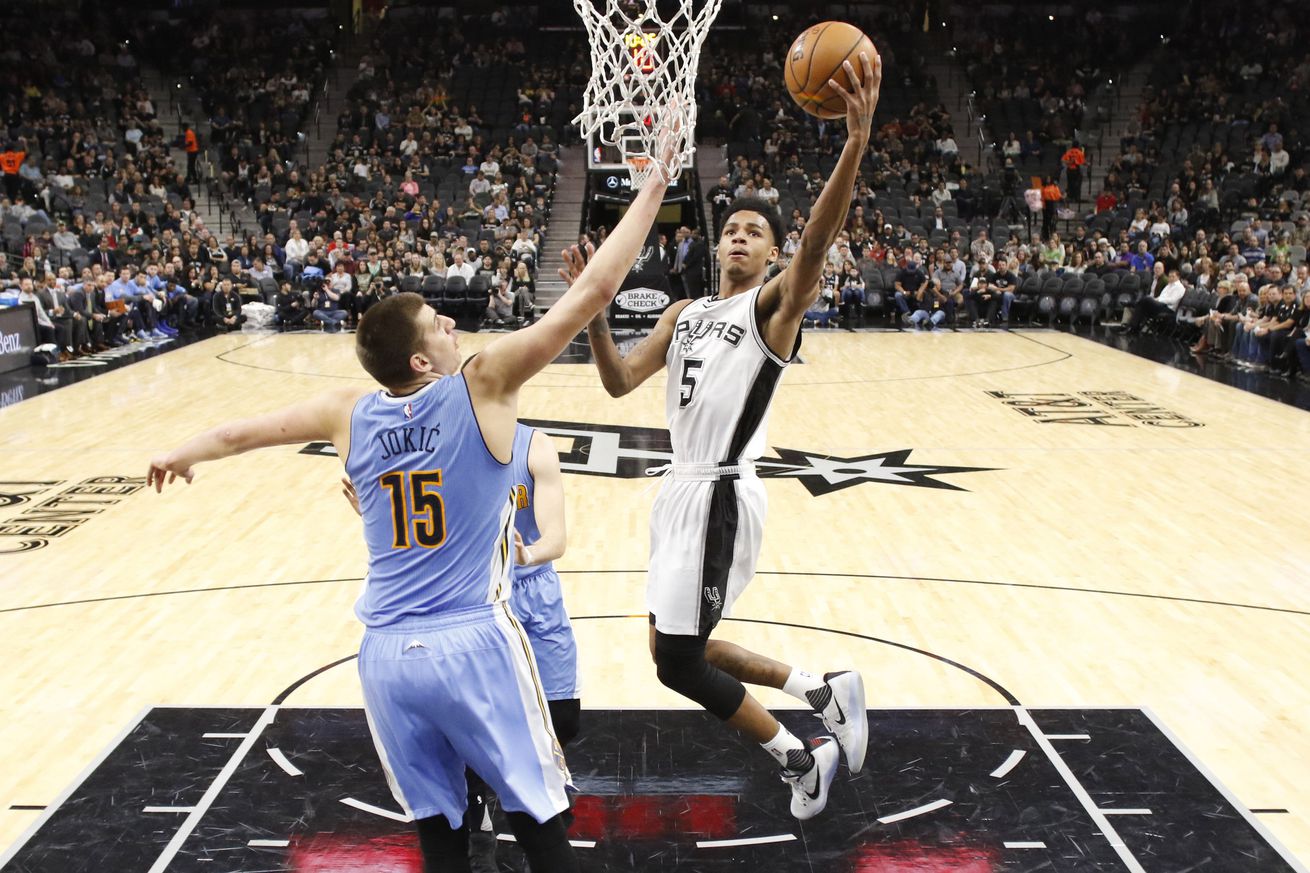 Back in 2002, a rookie named Tony Parker became the youngest player in Spurs history to score at least 24 points. Fifteen years later, that honor belongs to Dejounte Murray, who went off Thursday night against the Denver Nuggets as Parker was held out for pain in his left foot.

Not bad, rook, not bad! @DejounteMurray dropped a career-high 24 in tonight’s win: pic.twitter.com/IJbPdlO0Ux

I’ve been quite reserved about Murray since the Spurs drafted him, expecting that he’d need at least a season (if not two) before he’d be able to produce for Pop. But when I look at the different ways that Murray stands out, the types of plays he’s making, and the kind of defense that he’s able to sustain — I’m prepping to come unglued.

The youngster still has much to learn, and he must show that he can stay play at this level consistently, but Thursday’s performance was eye-popping. And it’s not just the Nuggets that he flashed his developing skills against. Before he took a couple of games off with a tweaked ankle, he dropped 10 points in 10 minutes against the Lakers last week.

Over his past two appearances, his shooting, which was one of my main worries, has been fine (10-16 from the floor including 5-7 from deep) and his decision making has been terrific. Early in the season, he was too often throwing himself headlong into the lane without a plan. But those fruitless drives have been replaced by taking advantage of his speed to get around his man and pass when necessary.

Yes, this is a case of Small Sample Size theater, but I’m a few more great DJM games away from imagining him getting rotation minutes in the playoffs — you know, going crazy.