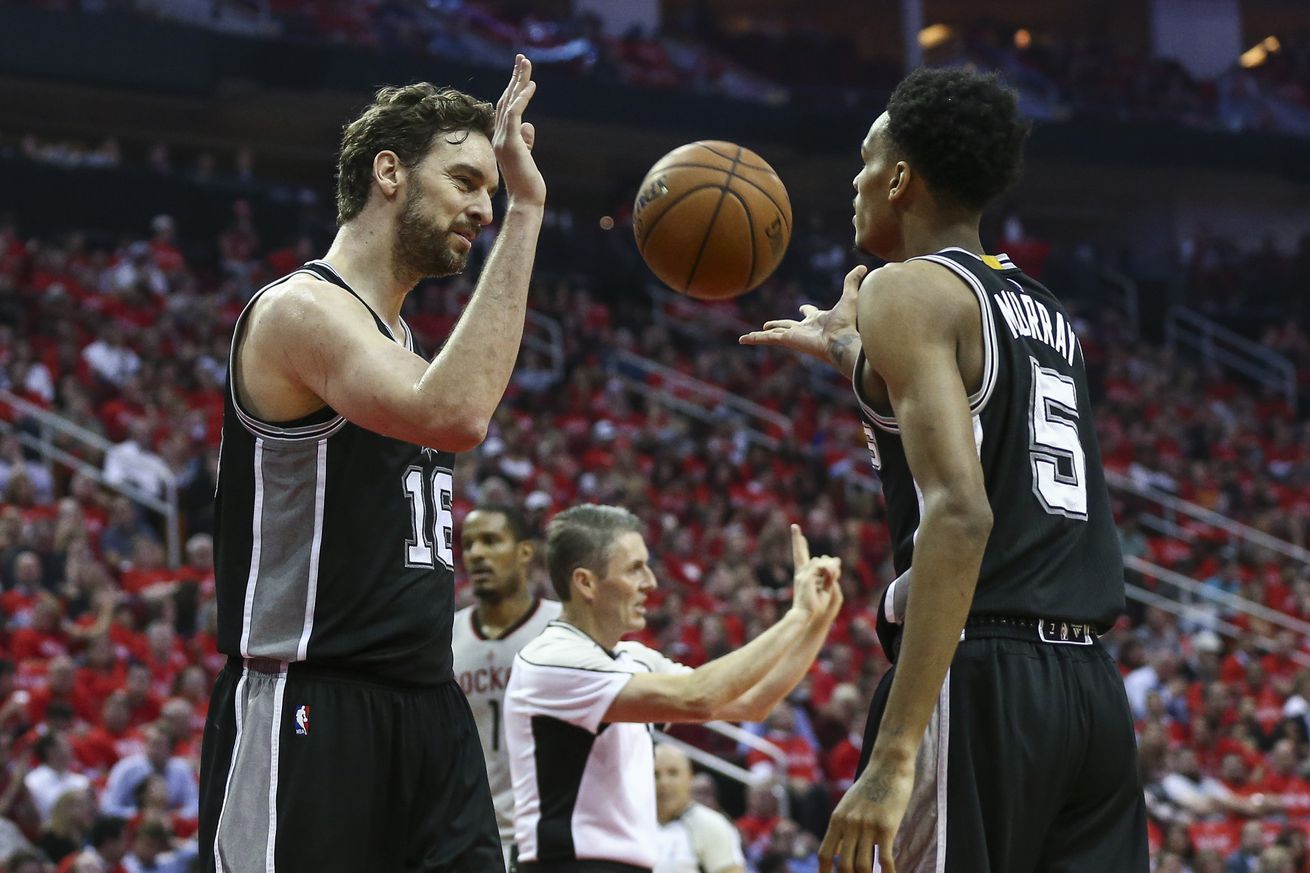 In Sports Illustrated’s annual ratings, a couple of San Antonio’s guys are recognized.

With training camp mere weeks away, it’s time for Sports Illustrated’s annual look at the the league’s top players, giving fans fodder to quibble, debate, or get downright miffed over as we get ready for the return of NBA basketball.

Numbers 51-100 were announced on Monday and included a couple of Spurs. Pau Gasol just made the cut at 98, who should remain a valued contributor in San Antonio at age 38.

Age may have restricted how and when Gasol can be of help, but coaches tend to find a place for those who understand the symphony of the game. Gasol (10.1 PPG, 8.0 RPG, 3.1 APG) is more than the collection of his skills and liabilities; his enduring value comes in knowing what opportunities might materialize, and having the presence of mind to assist in their creation. Any offense that moves would benefit from dropping Gasol in the middle of it all, where he presents a scoring threat even as he connects the dots for his teammates.

The cost comes in mobility—both in a literal sense and a tactical one. On his best days, the 38-year-old Gasol navigates the floor at a brisk shuffle. Switching isn’t an option. Longer rotations can be a challenge. San Antonio managed a top-five defense in spite of this, but Gasol would present much greater problems for many lesser teams. His, like many in this range, is a borderline case. What value Gasol still has depends on how effectively a team manages the narrowing limits of his game. — RM

A bit ahead of Pau was third-year guard Dejounte Murray (89), who understandably earned as much praise for his defense as he did criticism for his offensive shortcomings:

Murray (8.1 PPG, 5.7 RPG, 2.9 APG) is the NBA equivalent of a writing whiz who aces the verbal section of the SAT with ease but gives up and guesses “C” on all the math questions. By virtually every defensive metric, the second-year guard is phenomenal. At 21, he earned All-Defensive Second Team honors by placing in the top 10 in Defensive Real Plus-Minus, Defensive Rating, and steal percentage while playing for the NBA’s fourth-ranked defense. Murray is a prototypical backcourt stopper in both physique and psychology: long, quick, aware, irritating, diligent, and fully committed to the glass.

By virtually every offensive metric, though, Murray is a borderline mess. He’s been an incompetent and unwilling shooter at the NBA level, and he is regularly neglected and dared to shoot. Unlike many guards who struggle from beyond the arc, he hasn’t yet perfected a compensatory weapon like a step-in mid-range jumper or an in-between floater. While Murray is generally unselfish and a willing passer, he’s not adept enough in the two-man game to function as a lead distributor. In sum, the Spurs’ offense was generally better when the ball was in someone else’s hands. With Kawhi Leonard, Manu Ginobili, Tony Parker, and Kyle Anderson all departing this summer, the man dubbed “Baby Boy” as a Seattle-area prep star must grow up in a hurry. — BG

Whether or not you disagree with either ranks, SI scribes Ben Golliver and Rob Mahoney do a great job of justifying their decisions with a thoughtful combination of stats and contextual analysis, and it’s worth checking out the whole list here when you have the chance.