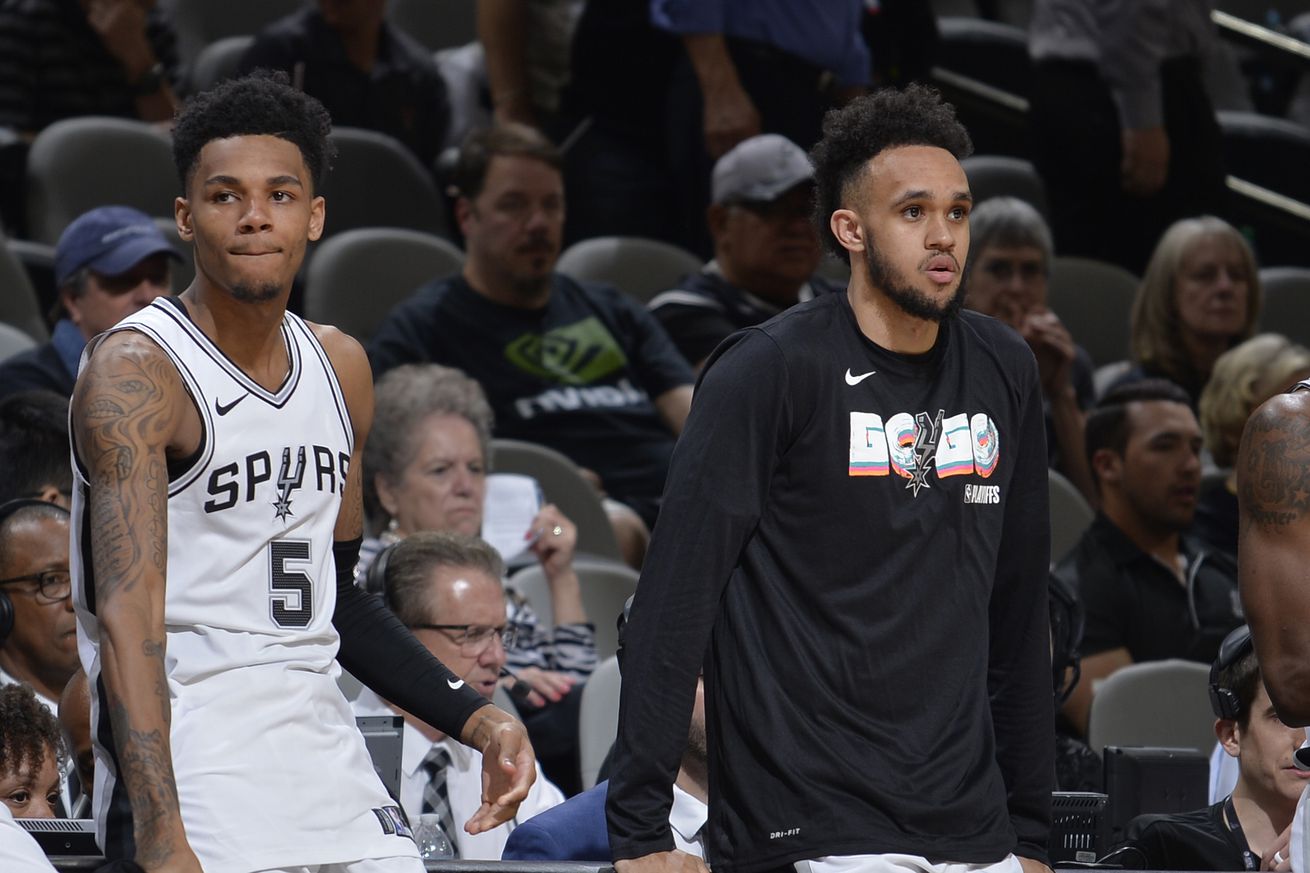 Five and a half seconds, that’s all that stood between San Antonio and their second win of the season. Former Spur Davis Bertans had been lights out from the field, but the Wizards looked to Bradley Beal for the final shot.

Beal retrieved the inbounds pass inches away from center court, and streaked past Patty Mills to the rack. Up went Washington’s guard for the potential game-tying layup, and down went DC’s hopes as Dejounte Murray and Derrick White combined for the game-saving rejection.

A look at the final defensive sequence in the Spurs win over Washington on Saturday night.

Dejounte and Derrick go straight up to contest Bradley Beal at the rim, and White comes away with the block.

Contact was made here, but the two-minute report says the no-call was correct. pic.twitter.com/l0CgO1sPJ1

Although Dejounte and Derrick hadn’t shared the floor through the entire preseason, and 47 minutes of regular season action, the dynamic defenders came up huge when San Antonio most needed a stop. So why had the Spurs two best defenders been kept apart if the team struggled so much to keep their first two opponents off the scoreboard?

I can’t read coach Gregg Popovich’s mind, but their separation can likely be chalked up to spacing. While the Spurs have shied away from the ever-trending three-point shot, employing a lineup devoid of outside shooting would be asking for trouble, especially in today’s space-and-pace era of basketball.

LaMarcus Aldridge and DeMar DeRozan are the definition of midrange specialists, and Derrick and Dejounte haven’t been consistent beyond the arc. An amalgamation of the aforementioned players could spell a spacing disaster. Then again, it could also be the beginning of an incredibly versatile two-way lineup.

LaMarcus, Derrick, and Dejounte have all knocked down an open three to start the season, and DeMar showed a willingness to let it fly from deep during the preseason. It’s doubtful any one of them become a true three-point marksman. However, managing to hit around 35% on catch-and-shoot threes should be respectable enough to keep opposing defenders glued to their man.

As for the other end of the floor, the Spurs possess more than enough length, athleticism, and defensive IQ to slow down even the most explosive offenses.

DeRozan led San Antonio in deflections and loose balls recovered last season, Aldridge posted a career-high in blocks per game, and Jakob Poeltl was among the best interior defenders per 100 possessions. Paired with Murray’s All-NBA caliber defense, and a blossoming perimeter defender in Derrick, the Spurs could be in the running for the stingiest defense in the league.

Of course, this isn’t possible unless Pop gives the lineup his seal of approval. The chances of that happening seem slim at the moment, but that doesn’t mean it won’t get done eventually.

Defense has long been the calling card of the San Antonio Spurs, and returning to their roots could be the answer to their early-season woes on that end. Though relying on Derrick and Dejounte side-by-side may be against Pop’s better judgment, for now it’s enough to know that he is ready to go with the combo in the right situation — even if it’s just the final seconds of a one-possession game.