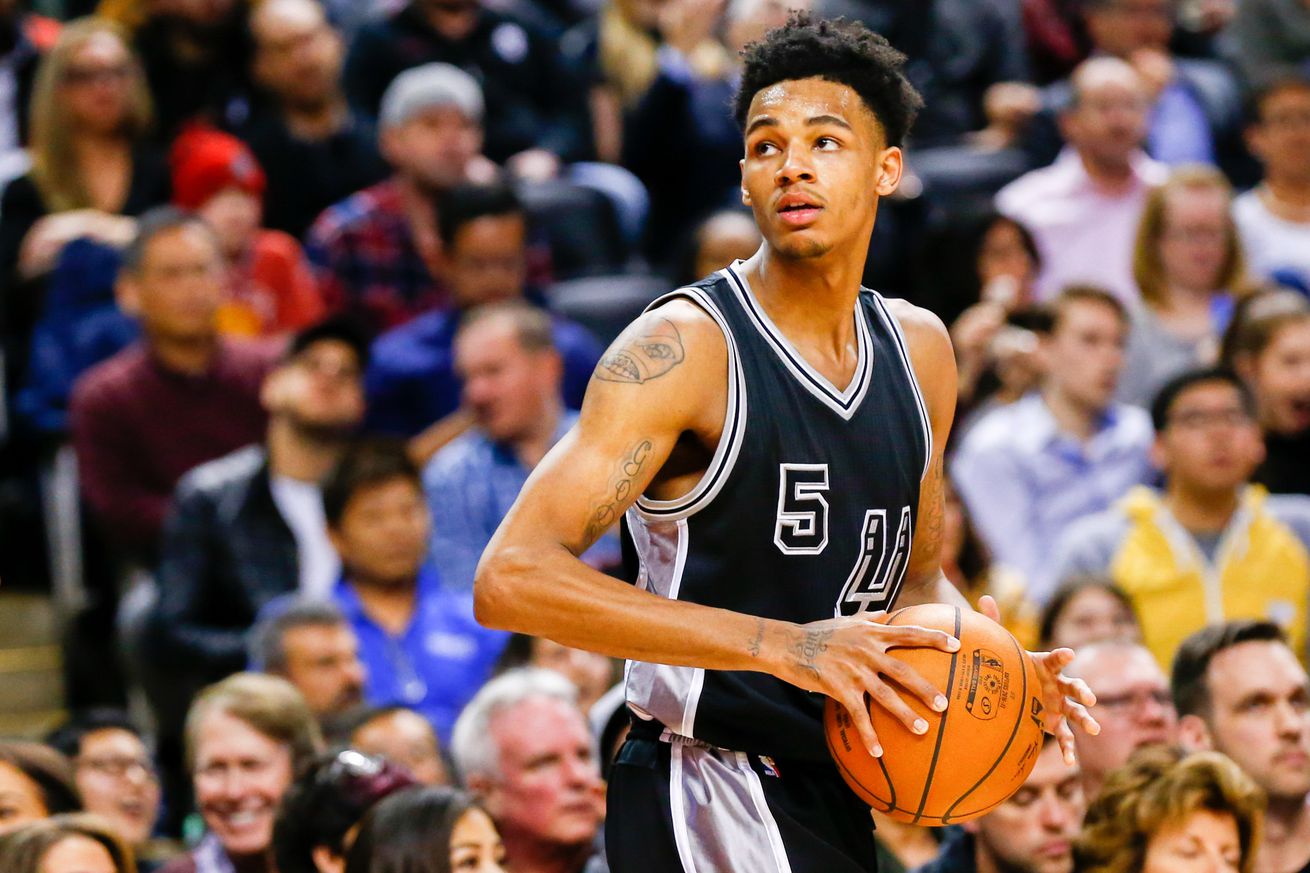 Murray’s patience was tested last season, but he showed a rare combination of development and potential for a Spurs rookie.

Dejounte Murray entered the league with very few questions about his potential, but several about his ability to contribute to a Spurs team with title hopes. You could see the outline of a special player, with ideal size, next-level athleticism and limbs stretching in all directions, but it wasn’t clear how or when he could start to put it together. The mechanics needed work, and it would take time to learn the Spurs system as a lead guard while adjusting to the NBA speed.

A month ago, I made the case that the 29th overall pick of 2016 (and not Chris Paul) could be the Spurs’ next great point guard, so suffice it to say I think his rookie season exceeded most expectations.

It wasn’t just the stupidly difficult shots like these:

It was watching him figure out how he could use his natural talents to get himself the easy buckets.

Murray put in the work with each trip to Austin and absorbed every second of NBA experience Gregg Popovich gave him. This Jeff McDonald story recounts a late-January game in which Murray played less than two minutes before getting pulled by Pop for forcing up a shot instead of playing within the offense. The rookie didn’t pout, but rather displayed the kind of patience and coachability required of young players — even very talented ones.

“If he didn’t want to coach me and just threw me out there, it would say something to me that he’s not trying to teach me,” said Murray, a 20-year-old out of the University of Washington. “I think it’s real important for him to be able to coach me.”

With Patty Mills locked into a backup role, Murray picked up eight starts last season, going 7-1 as a starter. Those weren’t all cupcake matchups, either — five were on the road, and they included tilts against the Cavaliers, Raptors, Thunder and Pacers. On January 24th, it was the rookie who was playing crunch-time minutes against the Raptors, hitting this go-ahead basket over former Spur Cory Joseph.

Pop kept Murray’s playmaking duties simple — especially in the half court or when sharing the floor with Kawhi Leonard — and the guy still has a ways to go in honing his pick-and-roll game. He had nearly as many turnovers (38) as assists (48) through the regular season and had a tendency to over-dribble, just like any young guard. But he also showed a knack for passing in the open floor and finding teammates as soon as defenses collapsed on him.

The rookie got more reps than expected in the playoffs, dropping 11, 10 and five in Game 6 versus the Rockets and averaging over eight points per game against in Warriors. He also started showing how valuable his length could be on the defensive end (something we didn’t see much of during the regular season), averaging 1.5 steals per game.

The Spurs may chase a prized free-agent point guard this summer, or they may not. Dejounte Murray’s unexpected play in his rookie season is the reason why neither scenario should be all that worrisome to fans.