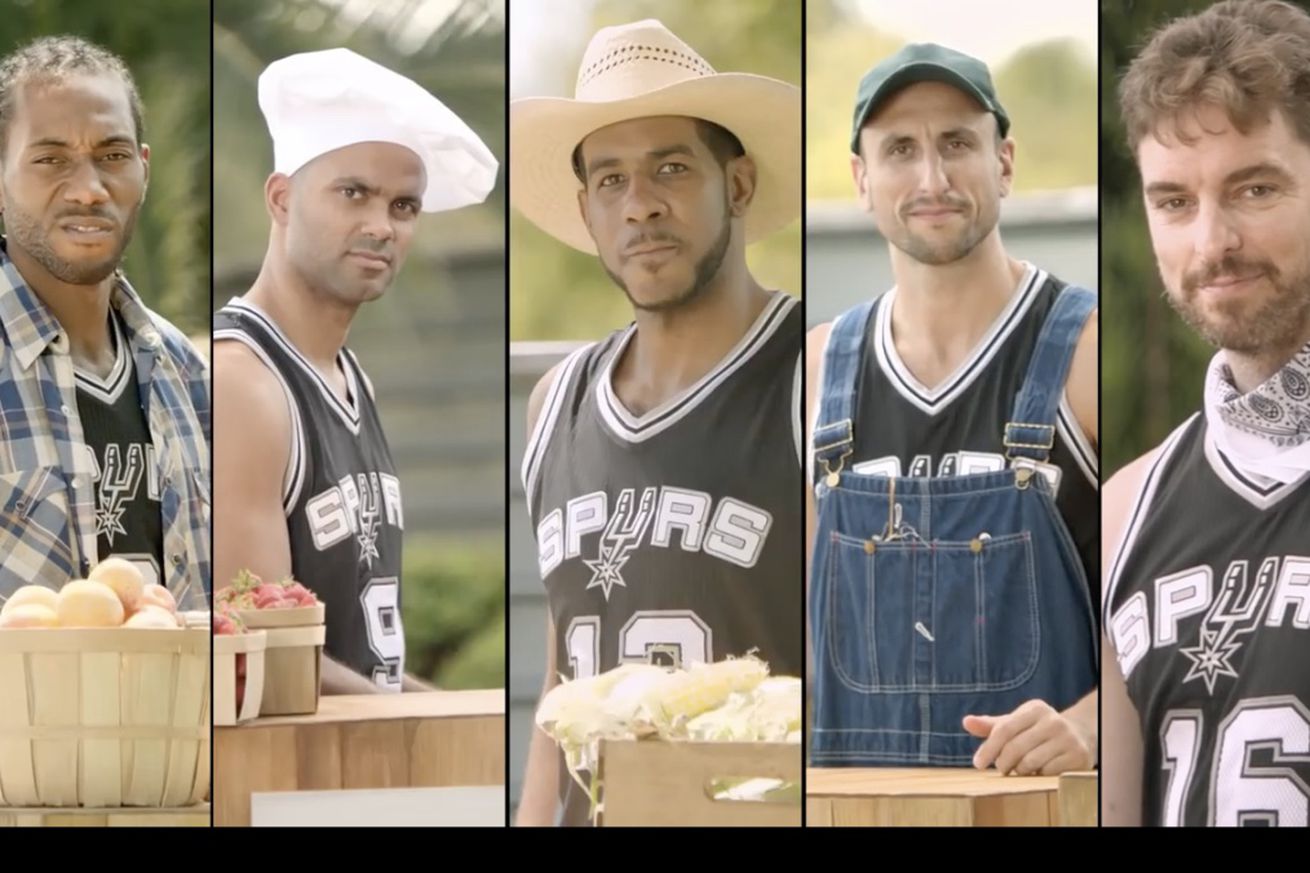 Dear PtR: I’m going through a breakup. We have been together 7 years, and 6 of those years were some of the best times of my life. He gave me a ring in 2014, and I thought we’d be together forever. Last year, he suddenly stopped communicating. At first, I didn’t think anything of it. But over time it became clear that he wanted out of this relationship.

I tried anything to keep him happy. I feel like I could have done more to keep him here. I’m not sure, and I cannot really prove this, but I suspect that his uncle was coming between us and advising him to leave me. How do I move on? – DEVASTATED IN SAN ANTONIO

Dear Devastated: Breaking up is hard. That being said, you should accept that the relationship is over and not blame yourself. You cannot make someone feel the way that you want them to feel. If they want to move to Los Angeles, you should let them go (or at least trade them to a different conference for an All-Star, a former number 9 pick, and a protected first round draft pick even though you had no leverage because everyone knew he wanted to leave town).

It’s clichéd, but time does heal all wounds. Give yourself some time to recover emotionally. Maybe take a trip on your own or spend time with family.

Dear PtR: I had a really good friend when I was with my ex. But when my ex moved to Canada for a new job, my friend (who works with my ex) went with him too, and now I miss my friend and kinda blame my ex for taking my friend with him.

This friend was always a hard worker and always came to work with a smile and a good attitude. He implemented this Flannel Friday thing that was always good fun. He seems to be enjoying Canada, and even though he’s always smiling no matter what, I know he’s a bit happier not being yelled at by my boss all the time.

My question is, would it be too weird to ask my boss to trade some of my coworkers to Canada to get my friend back? – EL VERDE FANBOY

Dear Verde Fanboy: Post-breakup etiquette regarding friends is tricky and can be awkward. You have to consider things like cap space, team needs, Bird rights, bird law, and which of your coworkers not named LaMarcus, DeMar, Rudy, Dejounte, or Derrick that you could trade. I’m glad you can be happy for your friend even though he moved.

Dear PtR: I’ve been ghosted by someone who I thought loved me. He used to make TV commercials for a local grocery store chain and play MVP-level basketball in his spare time. He just left abruptly without telling me why.

It’s difficult for me to understand how he could do this to a person he had a great history with. I’m having a hard time moving past this, because I have no idea what happened. I feel blindsided. – A COYOTE THAT WEARS CLOTHES BUT NOT PANTS

Dear Coyote: Ghosting, despite what Millennials might have you believe, has been around forever. Sometimes people don’t like confrontation. Maybe they’re going through something we’ll never understand. I realize it’s hard to sympathize when we’re the ones hurting. It’s hard to trust again when you feel betrayed. At some point I’m sure you’d rather have the truth than to be left wondering.

As much as we might wish it, sometimes we don’t get the answers or closure that we deserve. But take some time to talk to people in your life who can offer support and comfort. You might not see it today or tomorrow, but someday you’ll look back and see the good that came out of a bad thing.

Dear PtR: I miss my BFF of 19 years. We started hanging out around 1997 after he graduated from a college in North Carolina. He’s a great guy. I call him GOAT because he can bleat like a goat but mostly because he averaged a double-double throughout his career, was a 5-time champion, 3-time Finals MVP, 2-time MVP, a perennial All-Star, and he’s pretty clutch.

I’m not proud of it, but one time I threw him out of an arena for laughing. But we’re still friends and we laugh about it to this day (not together at the same time, but we do laugh). I also miss his friends Tony and Manu even though Tony once took an unflattering photo with someone pretending to be me on Halloween.

My question is: do people still blame me for bad calls in past Spurs games? – STUCK IN MY CRAWFORD

Dear PtR: My ex is in town tonight for the first time since our breakup, and I’m not sure how I feel. On my part, there was constant denial, a lot of anger, and sadness when he left. I went through some rough times like losing to the Phoenix Suns and the Chicago Bulls, who just days before pulled a Lord of the Flies on their coach because he was making them practice too hard.

I don’t want to dwell on it too much because it looks like he’s happy with his new significant other (she’s a velociraptor, the kind that Vince Carter used to go out with not the one that Jeff Goldblum is always blathering about life finds a way, etc). But I’m also happy with my friends Patty, LaMarcus, Rudy, DeMar, Bryn, Derrick, Marco, Pau, Davis, Jakob, Dante, Quincy, Dejounte, and Lonnie and Chimezie when they aren’t hanging out in Austin.

Should I boo at him tonight whether I see him in person or when I see him on TV in the privacy of my own home while my fiancée judges me? – BELEAGUERED LEAGUE PASS

Dear Beleaguered: It sounds like you went through some rough times, but are just getting over it and enjoying the current season. Try to remember the good times (like that one time when it looked like the Oklahoma Thunder were going to get a go-ahead score for the lead in overtime in game 6 of the Western Conference Finals, but he came flying out of nowhere and stole the ball in midair from Russell Westbrook to help seal the win and the series. To this day, I think it’s one of the most incredible clutch plays in the playoffs that I’ve ever seen (that and Manu’s block on James Harden in the 2017 playoffs)).

Whatever the case, you’re an adult and have the right to feel however you want to feel. And that means if you want to boo, so be it. That being said, it sounds like your friends are doing OK too and some of them like DeMar and Jakob are embracing the team culture and the love from the fans.

San Antonio is not for everyone. We should thank those players who gave the city their best while they were with us and appreciate the players who are representing the qualities of this town.