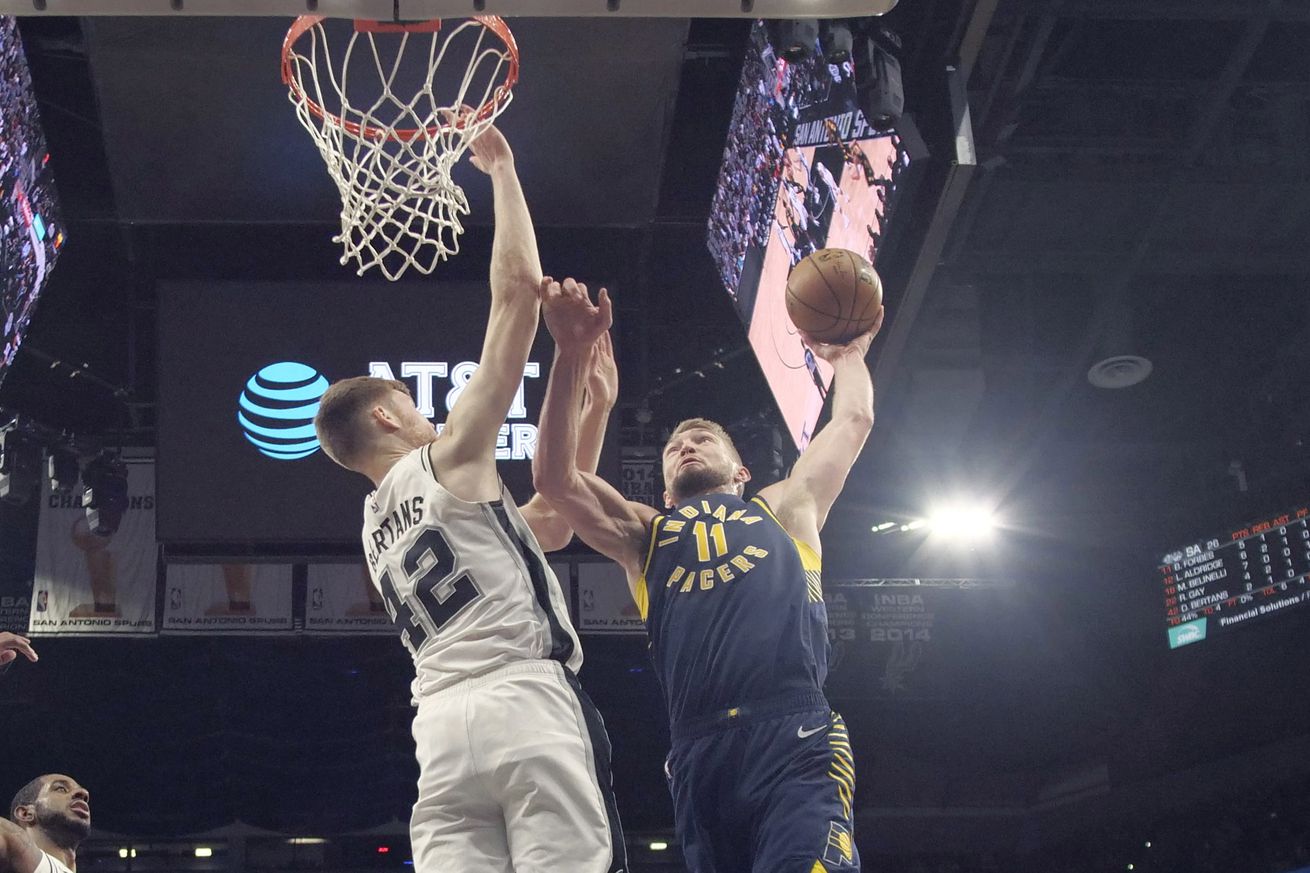 Other than his prodigious shooting, Bertans’ best trait is his resilience.

Davis Bertans always jumps. Always, for as long as I’ve seen him play. If he’s the last line of defense, he’ll try to contest shots at the rim, no matter how often he gets dunked on, which is pretty often. He might get posterized on one play and in the next one go for the block again. He always jumps.

Back when he was younger and playing in the back line of a zone defense for Serbian club Partizan, I wrongly blamed youthful exuberance for it. He was almost always the most athletic guy on the court for his club and he seemed to relish challenging guys at the rim. He was getting dunked on occasionally back then too, but the most frustrating thing about his willingness to contest everything was how often he got out of position for rebounds and how unnecessary some of the fouls he committed in the process were. It was easy to confuse it with selfishness and seemed to be the type of thing that would be coached off of him eventually.

To a degree it was. Bertans doesn’t go chasing blocks now. He tries to get in position to contest only when he’s supposed to, showing more discipline in staying with his man or boxing out when he isn’t. But he still always jumps when he’s there at the rim and someone is attacking. The ferocity he showed in past stops is gone, as the more mature Bertans now typically just jumps straight up, with his arms stretched to cover as much vertical space as possible. This new approach has clearly been taught by the coaching staff, which probably knew that they needed to teach him proper technique because they weren’t going to get him to stop jumping.

His more cerebral approach was working, as he managed to be a good rim protector in his first two years in San Antonio. Not this season. He’s currently allowing a gargantuan 72 percent on shots in which he’s the closest defender at the rim while blocking even fewer shots than in past seasons. As our own Bruno Passos put it, no one seems to be on the wrong end of more rim contests than Bertans — though former Spur Aron Baynes might be a close second. He got got by Rudy Gobert recently pretty badly. Yet he keeps jumping, even on plays in which he would be justified to stay down to avoid appearing in the highlight.

I wonder why. It’s not like he enjoys getting dunked on. You can see the disappointment in his face when he fails to force a miss. It might be because of an instilled sense to duty towards “playing the right way,” but seeing Bertans’ shot selection, I wouldn’t take him for an old school purist despite playing his entire career for disciplinarians. My theory is that it’s because his shooter’s mentality has extended to the rest of his game. Scorers need to forget all of their misses immediately and keep letting it fly, because that is what they do. Davis seems to apply that same philosophy to shot blocking and contesting shots at the rim. He just doesn’t dwell on the posters.

Regardless of the cause, I actually love that he doesn’t hesitate to jump, for a couple of reasons. The first is pretty straightforward: we all like players who put the team ahead of themselves and Davis clearly does that. He doesn’t mind the laughs from twitter and the ribbing he probably takes from his own teammates in the locker room after getting yammed on because he knows that, sometimes, his jumping helps the team. That’s commendable and valuable, especially on a squad like the one the Spurs have this year, in which it seems that effort wanes, especially on the defensive end and particularly when it comes to the less glamorous tasks.

There’s a certain beauty in truly, wholeheartedly trying, even if the result is defeat

The other reason is a little more esoteric: there’s a certain beauty in truly, wholeheartedly trying, even if the result is defeat. And boy does Davis try. Not everyone will recognize that beauty but those of us who are terrified of failure will. We are used to rationalizing our way out of doing something altogether or will not try our hardest, just so we have a ready-made excuse to spare our fragile egos in the event we don’t succeed. Bertans doesn’t do that. He tries and tries and tries, showing no fear of embarrassment and an almost unending supply of optimism. It’s heroic, when you think about it.

Davis Bertans always jumps, because he wouldn’t be Davis Bertans if he didn’t. It’s his curse, or maybe his blessing. He knows that there’s a chance he’ll get dunked on if he jumps, but he also knows he might get a block instead. That’s enough for him to keep trying, despite past failures.

Excellence is always easier to root for than resilience, but the latter is not less admirable. I’ll try to remember that the next time Davis jumps, no matter what comes next.