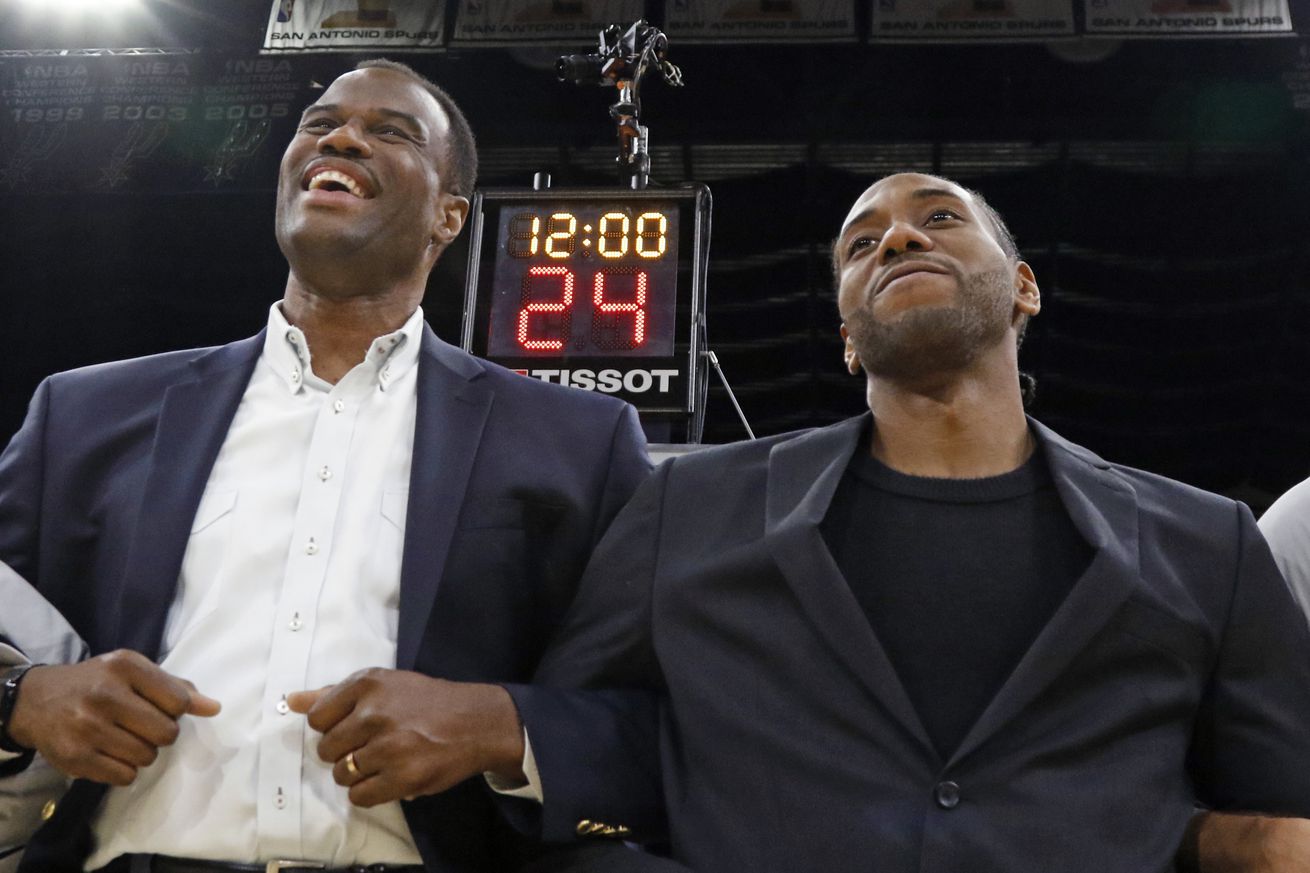 The Admiral appeared on ESPN and affirmed the team’s desire to repair the relationship with its superstar.

Legendary Spurs leader David Robinson sat with Michelle Beadle, Jalen Rose, and Mike Greenberg ESPN’s Get Up! on Thursday. The Admiral responded to what most of the NBA world has been focused on outside of yesterday’s draft — the situation between the San Antonio Spurs and 2014 Final MVP Kawhi Leonard.

“There’s a lot of other voices in the mix… It’s about growing up…You’re the face of the franchise, you have to let people hear your voice….You want to be the top two or three player in the league, you gotta be a leader. LeBron doesn’t sit around waiting for people to talk for him. “

The conversation changed to the number 1 overall draft pick Deandre Ayton and the future of the role of the big man in the modern NBA, specifically calling “post play being the landline of basketball.” He responded that elite shooters in the NBA — specifically the Warriors Curry, Durant, and Thompson — were in a unique era of the sport:

“I think right now, yes, it’s kind of fun to shoot that 3…we’re in an era now where you’ve got all these ridiculous shooters…when those guys king of are gone, what happens then? You have to actually get back to playing real basketball. I think it’s just the cycle…You win championships because you get stops.”

Jalen Rose aded, “The best player on one team usually didn’t leave in his prime to join another team.”

“The thing I love about the Warriors is, they have built their team the right way. You’ve got to celebrate a team that is able to do that. You drafted well, you trained up own your guys. Okay, you’ve been a little fortunate in getting Durant in there…they are an excellent team, they deserve it…other teams have to step up, they’ve just got to be better. Everybody else figure it out.”

To enjoy the entire interview, and fully embrace Robinson’s point of view, candor, and positive outlook: