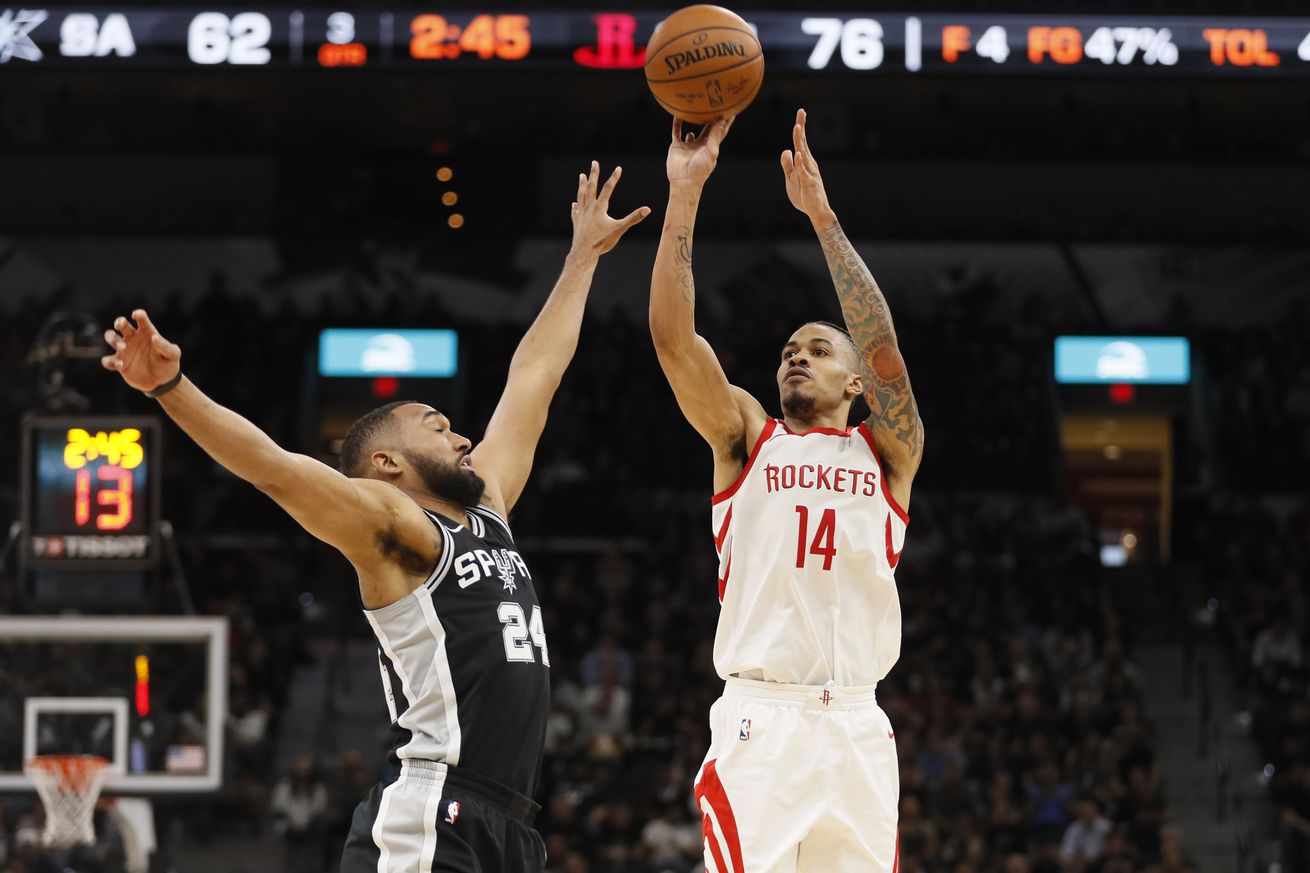 The restricted free agent is headed to Spain.

Spurs restricted free agent Darrun Hilliard has signed a one-year deal with Spanish club Saski Baskonia. (If that team sounds familiar, it is where Tiago Splitter spent the majority of his career before joining the Spurs in 2010).

Drafted by the Detroit Pistons in 2015, Hilliard appeared in 77 games over two seasons there before signing a two-way contract with the Spurs last summer. He averaged 1.1 points, 0.5 rebounds and 0.8 assists in 14 games for the Spurs, and 20.7 points, 4.6 rebounds, 3.8 assists and 1.1 steals per game in Austin. The Spurs picked up his qualifying offer this summer, making him a restricted free agent before he signed overseas.

The Spurs now have both two-way contract spots open, as Matt Costello also recently signed with Italian League A team Sidigas Avellino. The Spurs could potentially use them on recent second-round picks Jaron Blossomgame and Chimezie Metu, or anyone else who is eligible if they so choose (must have no more than four years of experience in the NBA).

In the meantime, good luck to Darrun as his basketball journey continues overseas!